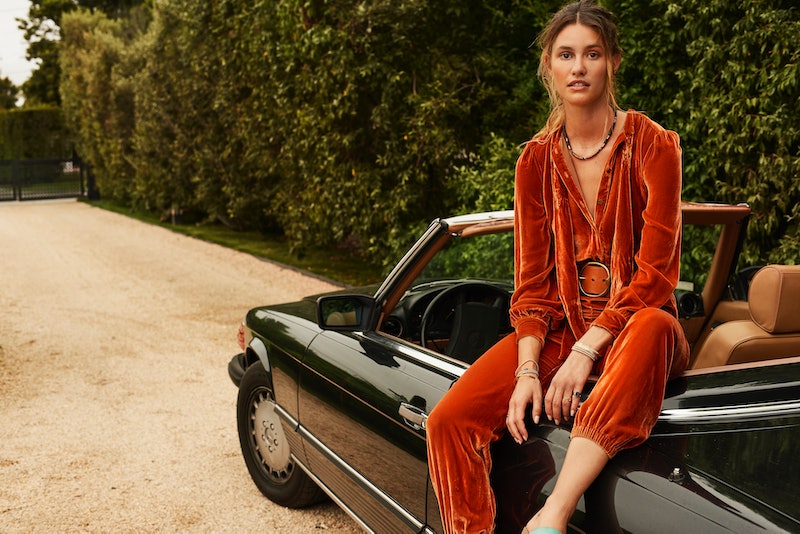 With the first official day of fall just a few days away (which is Sept. 23 if you're wondering) the time has come to really dive into your seasonal shopping haul that prepares you for the drastic weather change, long before it hits. And while you likely have a few e-tailers you rely heavily on, here's one more destination that deserves to be bookmarked ASAP: the westside's online shop. The retailer has launched e-commerce to join its brick-and-mortar locations, which means you can now shop its lineup of cult brands from anywhere at anytime.

Described by Sari Sloane, Co-Founder of the westside, as a "California-inspired boutique, with a laidback luxury feel," the retailer unveiled the online version of its shop on Sept. 19. And for those not yet familiar with the store, "the westside is for the modern woman that loves style but wants to dress comfortably in her every day," says Sloane. "Our buys are always centered around easy style, pieces you’re actually reaching to wear in your everyday like denim, t-shirts, sweats, knitwear, and dresses." In addition to womenswear and accessories, the westside also carries beauty, apothecary, and home goods, too.

The westside's online shop will now give customers who don't live near its current stores in New York and California the opportunity to peruse its curated edit of styles. "We opened four stores and two pop-ups in our first two years of business so our strategy for this year was to bring the world of the westside online to a wider audience this year and we wanted to launch in September, with fall being is our biggest season," explains Sloane. "I’m excited to connect with a wider audience, currently 15 percent of our client base live in cities where we do not have store locations, so there is tremendous growth for us to engage with a new audience."

While the westside already carries brands like LoveShackFancy, RE/DONE, and Naadam, it's kicking off the new season with a slew of others you'll be just as eager to get your hands on. "We added 23 new brands this season, including B Sides, Alex Mill, Alix of Bohemia, Forte Forte, and John Elliot," says Sloane. "For me, I look to add in brands that compliment what we have but bring a little something special," adding, "with Alix of Bohemia, that was the specialness of each piece and with B Sides, I was drawn to their story as much as the styles."

When it comes to fall trends, Sloane tells TZR, "this season, we’re loving all the western influences including boots, fringe, and plaid. Another trend we’re excited about is mixing patterns whether it’s stripes, plaids, or geometric patterns." And she further explains, "I’m ready to transition to fall florals, with the darker colors of fall there is a bit more of an edge to the sweet prints of summer, and these prints can carry you through all season long."

As for what pieces Sloane is personally excited to pick up for the season? "We just launched the westside brand and I’m obsessed with our cashmere sets, they come in unexpected colors and are so comfortable," she says. Another must-have on her list is outerwear, sharing with TZR, "there's a long Polo Ralph Lauren chevron coat that I’m obsessed with and can’t wait to style it in an unexpected way!"

Continue on to begin scooping up some of TZR's top picks from the westside, and head over to the site to finish your fall shopping haul.