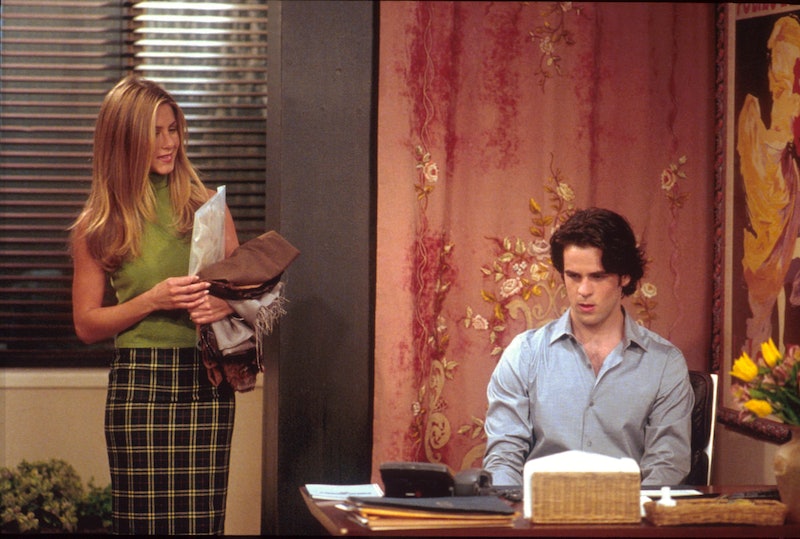 When you think of the ultimate ‘90s style icons, chances are your thoughts go straight to supermodels like Naomi Campbell, Cindy Crawford, and of course, Kate Moss. While each of these women has been an undeniable staple of the beloved decade’s pop culture, none have created the same type of impact as Jennifer Aniston’s, Rachel Green from Friends. As the fashion-savvy member of the group that captured hearts across the nation, Rachel Green became nearly every viewer’s style muse. For those of you who have loved the character’s sartorial choices throughout each season, prepare yourselves: Ralph Lauren’s Rachel Green collection is the epitome of her chic ‘90s style.

Whether you’ve been a fan of the cult-favorite sitcom since it first aired in 1994 or are currently familiarizing yourself with Hollywood’s most famous set of friends through Netflix, there’s no doubt you’ve taken notice of Rachel Green’s style. Since the beginning of the series, Rachel Green has embodied the streamlined minimalist movement of the ‘90s with a touch of East Coast prep. Throughout the show, she pursues a career in the fashion industry and eventually lands at Ralph Lauren. So, in celebration of Friends’ 25th anniversary, it only makes sense that the designer would create a capsule collection paying homage to the character (after all, she does have a haircut named after her).

Teaming up with Warner Bros., Ralph Lauren has created a collection of fall pieces inspired by Central Perk’s six most loyal patrons. The collection includes classic suiting and silhouettes like the $295 Wool-Blend Blazer or the $328 Cotton-Blend Pant, which are reminiscent of the polished ensembles Rachel Green wore to the office while working at the fashion label. The collection also includes styles inspired by what the character would wear after hours, as well. If you want to recreate a Rachel Green-approved outfit for a fall weekend, sport the $398 Pleated Wool-Blend Mini Skirt with a classic mock turtleneck and the $798 Cropped Leather Moto Jacket.

While the collection focuses on Rachel Green’s impeccable fashion, it also pulls inspiration from the sitcom's other leading ladies, too. Ralph Lauren puts an elevated twist to Phoebe Buffet’s bohemian style in the form of the Leopard-Print Haircalf Coat, which is available for $2,998. And if you simply can’t get enough of Monica Geller’s chic and simple minimalism, the collection includes a chic Suede Midi Skirt, $698, to wear with the Brie Leather Boots, $898.

Scroll down to see more pieces from Ralph Lauren’s Friends collection — which is available now on Ralph Lauren’s website and at select Bloomingdale’s locations — below to channel your favorite ’90s style muse.