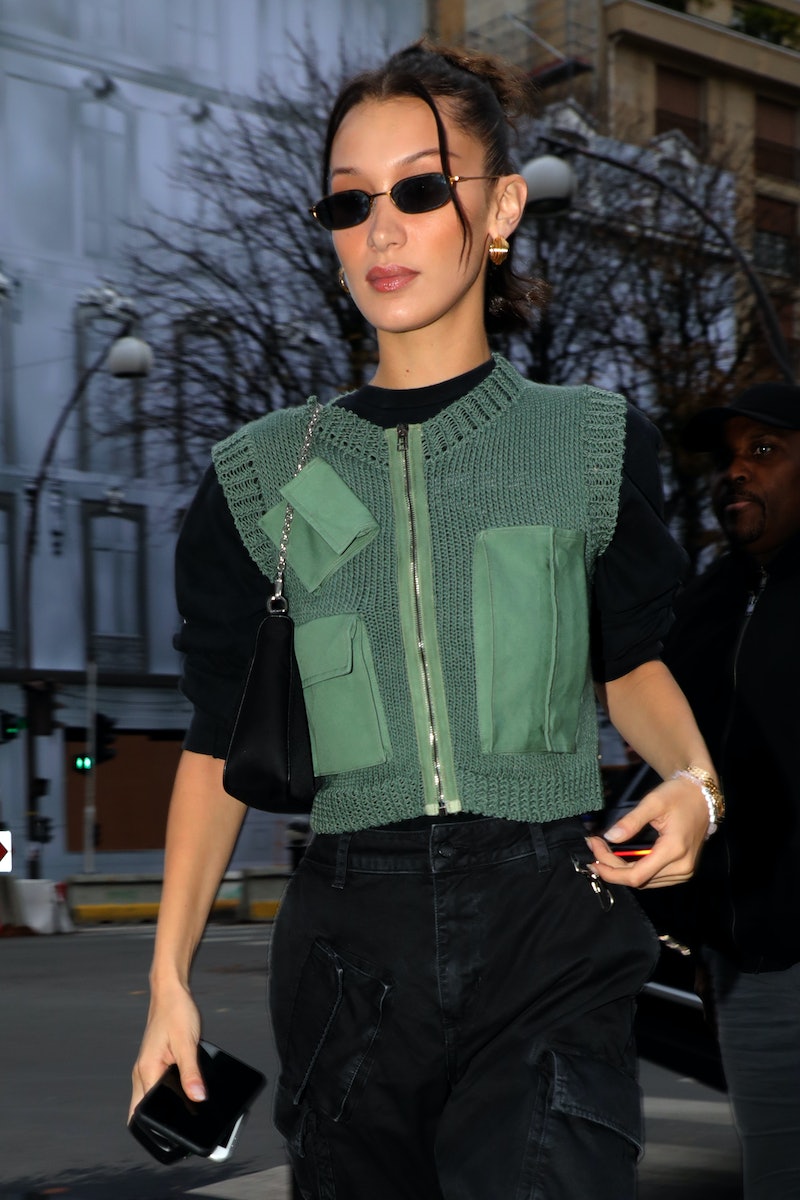 Bella Hadid and Michael Kors hit the slopes in the latest episode of Kors Commute — leaving viewers with ample inspiration for getting through the winter. Case in point: Hadid's ensemble for their snowmobile trip though the mountains will convince you to add a puffer vest to your cold-weather lineup this season.

The top model was the face of the recent MICHAEL Michael Kors 2019 Holiday campaign, and now is the newest famous face to be a part of Kors Commute— a series where designer Michael Kors chats during travels with models, celebrities, and members of the fashion community. Previous commute companions have included everyone from her sister Gigi Hadid to Ashley Graham and Tiffany Haddish. In the playful episode, you'll see Hadid and Kors talk about fake Instagram accounts (also, known as, Finstas), their favorite holiday movies, the best gifts, and more.

However, it was Hadid's shiny black vest that played a leading role in the newly-released episode — which arrived just in time for the holiday season. The youngest Hadid sister went chic and sporty with the styling; wearing the vest over a sleek white and black jumpsuit with tall snow boots for her adventure with Kors. However, a versatile puffer, like hers, can easily be made to feel cozy with a knit top and jogger pairing, or can be given a polished twist when matched with a tailored suit-set.

You can scoop up your own puffer from the brand, too, for under $200, no less. The Ciré Puffer Vest, $195, is equal parts style and function with its high-gloss shell that contains insulating down. In addition to a black color-way like Hadid's, the vest is also available in a bright white and vibrant blue. And depending on your overall aesthetic, there are several different ways one should go about styling it, but the main take away is to stick to second-skin layers (like Hadid did in the video) to offset the oversized feel of the vest.

After you watch the episode, you're likely going to want to scoop up your own puffer vest. In which case, continue on to shop winter-ready styles below.