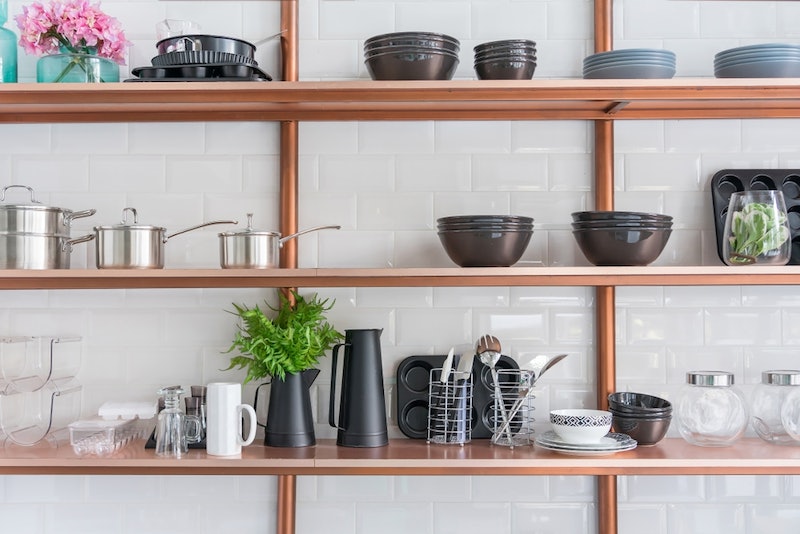 Now that it's almost a month into the new year, you may have come to the realization that you didn't pick up everything you wanted for your home during the holiday markdowns. While you may be eager to scoop up those remaining items on your wishlist, that little voice telling you to remember your New Year's resolution to spend less money is likely on a loop in your head. Here to save the day (and your bank account) is the Macy's Warehouse Sale, where you'll be able to snag all those home essentials you're missing on deep discount.

From now until Jan. 24, everything from luxe cookware and appliances to bedding are up to 70 percent off in Macy's stores and online. There are also several other sales occurring at the same time that have their own specific end dates or don't list one at all, so you'll just want to start shopping sooner rather than later.

The markdowns provide the perfect opportunity to snag items you've been eyeing, as well as replace worn out pieces that are due for an upgrade. If you're looking to overhaul your cookware, first take a look at a 12-piece titanium cookware set; not only does it include pots and pans, but utensils too. Though it regularly runs for $139.99, you'll be able to pick up this comprehensive cooking set for only $59.93 — basically a steal when it comes to large cookware sets. And if you're more into making baked goods, don't miss out on the chance to own this nonstick 10-piece bakeware set from Farberware while it's marked down to $44.93 from $116.99.

In the market for a new set of pillows? The deals happening in bedding at Macy's right now are too good to pass up. Case in point: The Hotel Collection European size pillows that were once $80 each are now down to $31.99. And while you're freshening up your bedding, shop a new comforter as well; there's a strong offering of styles you'll be able to save big on during the sale (which means all the more reason to give your guest room a refresh, too).

Continue on to take part in all the deals before they're gone. Start shopping 10 top picks from the sale and head over to the site to see the rest of the markdowns.

Overhaul your entire collection of cookware with this 12-piece set that's now on sale for $59.93.

Shop this set of three mixing bowls during the sale for $39.93.

Snag this comprehensive baking set for a sale price of $44.93.

Want to make more smoothies this year? Score this blender on sale for $49.93.

Pick up a fresh set of cutting boards for $34.73 during the sale.

Pick up a couple of European size pillows for $31.99 each during the sale.

For a limited time you can scoop up this full/queen size comforter for $319.99.

Brighten up your bedding with this ivory blanket while it's on sale for $39.99.

Treat your feet to this plush bath rug while it's marked down to $6.99 during the sale.