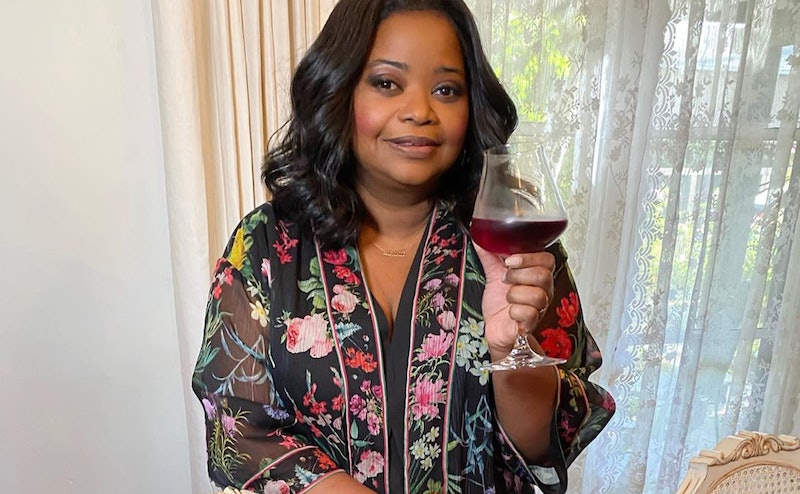 In 2020, everything — including Hollywood’s biggest awards shows — are looking a little different. The 72nd Primetime Emmy Awards are no exception to the rule of virtual red carpets, live-streamed announcements, and of course, face masks. As a result, stars have taken new approaches to their awards show style. While some of the entertainment industry’s top players have taken the opportunity to put on their best look yet, others are dressing for the 2020 Emmy Awards with a more low-back style. After all, in the age of social distancing and staying at home, why not?

Some of the best fashion moments from the 2020 Emmys have already happened on the virtual red carpet — where Hollywood’s A-list stars are taking the concept of “all dressed up and nowhere to go” to a completely new level. That said, others are enjoying the evening of celebrating each other with a more comfortable take. Take Octavia Spencer, who’s nominated for Best Actress in a Limited Series or TV Movie. The actor sported a floral print kimono-style Tadashi Shoji dress with jewelry from Sophie Ratner and VRAI to enjoy the evening on her couch.

Of course, there are also Emmy attendees — like Regina King — who are doing both. The Emmy-nominated Watchmen actor stunned with a photoshoot from her virtual red carpet in a voluminous royal blue Schiaparelli couture gown, showcasing what she would have worn for the in-person event. However, as she broadcasts the show from her home, she’s sporting a fuchsia suit, also by Schiaparelli, with a Breonna Taylor tee.

Ready to see how celebrities are spending the Emmys at home? Scroll down to see the low-key looks from star-studded night.

The Self Made actor shared with her fans on Instagram that she plans to spend the night enjoying the 2020 Emmy Awards from the comfort of her couch.

Aniston — who was a nominee for Best Actress in a Drama for The Morning Show — may not be sporting a face mask for her virtual appearance on the awards show, but she shared a behind-the-scenes look into her prep time with a chic, coordinated loungewear set from Pour Les Femmes.

Like most people have in the world of virtual calls and video chats, celebrities are opting for the "business on the top" approach of dressing during quarantine. Christina Applegate — a nominee for Best Actress in a Comedy — donned a sleek black pussybow blouse with gray sweatpants for her appearance at the 2020 Emmys.

The actor, nominated for Outstanding Lead Actress in a Comedy Series, wore the Broche Vivier Strass Mule and Tuxedo Loafers from Roger Vivier. In partnership with Chic Relief x RAD (Red Carpet Advocacy), Brosnahan's ensemble will be auctioned off for charity to benefit When We All Vote.

"No bra? No heels? NO PROBLEM," said the Jamil in an Instagram post from the big night. She opted for a white bodysuit which she styled with a colorful Markarian coat.