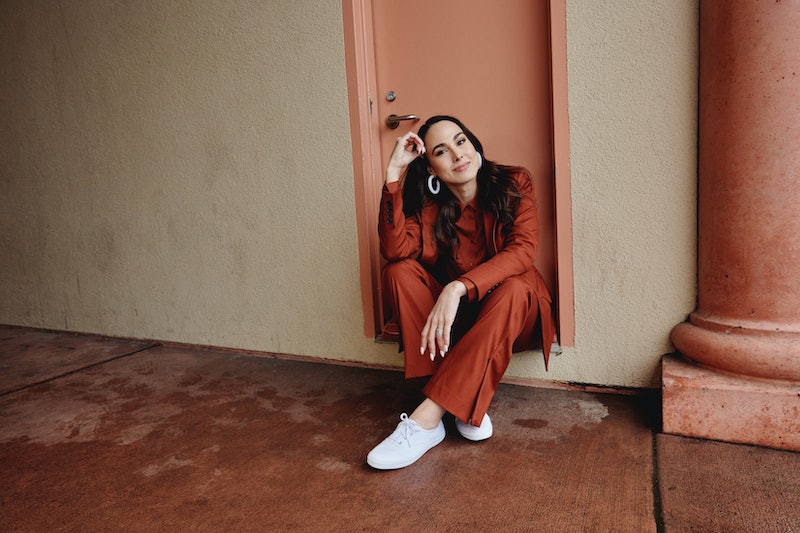 There are few sneaker brands as iconic as Keds. After all, the company has been creating sneakers for women since 1916 and has been worn by the likes of Marilyn Monroe and Audrey Hepburn, were a part of Yoko Ono's bridal attire when she married John Lennon, and became a memorable piece of Jennifer Grey's Dirty Dancing costume. Not only has the brand been a go-to for a classic sneaker for decades, but it's also been a champion for women for over 100 years. And now, perfectly timed up with the arrival of International Women's History Month, it's launched the inaugural issue of The Keds Hand-book for Women.

"At Keds, we're a group of mostly women (and a few good men), so we get how frustrating it is when brands try to tell women how they should look and act. There is no one definition of womanhood," said Lisa Lewis, Keds' Vice President of Marketing, in a press release. "We modernized the hand-book as a way to embrace our heritage in a new and fresh way — to make an emotional connection with our consumer that's authentic to us and that speaks to her passions and beliefs in a way that empowers her to do her thing, and not to live by anyone else's rules."

The brand worked with over 70 women — from illustrators and stylists to photographers — to create the first issue which is themed "Power." Within the hand-book are inspiring stories from 28 women from all walks of life. Some women featured in the issue are: Meena Harris, Founder of the Phenomenal Woman Action Campaign; Alana Mayo, head of production and development at Michael B. Jordan’s production company; and, Aija Mayrock, the bestselling author of The Survival Guide to Bullying.

Along with the release of the hand-book, Keds has also launched new versions of the Vintage Champion. Continue on to shop the styles below, and head over to Keds to check out the hand-book for yourself.