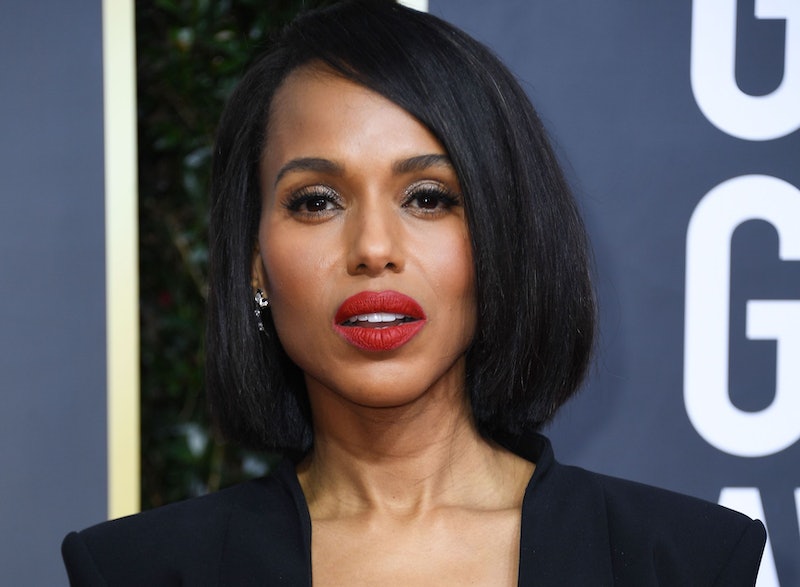 The 77th annual Golden Globe Awards serves as the official kick-off for awards season, where Hollywood is celebrated for a years' worth of groundbreaking work — and where they work the carpet, in return. But in a surprising turn of events, the most popular looks on the carpet happen to be some of the best short hairstyles at the Golden Globes 2020, further proving that red carpet beauty standards are changing for the better.

A couple of decades ago, red carpet hair was exclusively synonymous with longer lengths and straighter textures. Now, Hollywood's brightest stars are challenging those notions in every way and with every appearance — especially at the 2020 Globes, held at The Beverly Hilton in Beverly Hills, California. Cynthia Erivo, a Best Actress in a Motion Picture – Drama nominee for Harriet, proudly wore her cropped curls with a deep side part. Gugu Mbatha-Raw also wore her natural hair in a cropped faux-pixie, using very minimal heat to let her curls shine through. Other short stories include Zoey Deutch, who relied on a $5 styling product for volume.

Ahead, see some of the coolest short styles that graced the red carpet.

Hairstylist Gregory Russell was inspired by "the dramatic lines and proportions of Zoey’s custom Fendi Couture Jumpsuit and wanted to create an elegant, sleek and structured look," he says in a release. To achieve that, he used Dove Style + Care Volume & Fullness Mousse on Deutch's wet hair for shape, and applied a bit at the roots once dry, for some height.

Kerry Washington wore her natural hair on the carpet, getting a pre-show wash and blowout from longtime stylist Takisha Sturdivant-Drew for John Paul Mitchell Systems. “The combination of the shampoo, conditioner, and leave in spray with the tools — which are literally made to make your hair as frizz free as possible — left her hair looking so smooth, so sleek, and so ready for that red carpet,” she said in a release, citing the brand's Tea Tree Lavender Mint range along with hot tools from Neuro.

The Little Women director wore her chin-length bob with a strong center part.

"For Gugu’s look, we wanted to radiate energy and kick off the year with a bang!" Matt Fugate for Dove Hair said in a release. "So to pair with her stunning Gucci yellow sequined dress and bold lip, my hair goal was to embrace her natural texture, and create a hairstyle that had a bold shape, highlighting her beautiful silhouette.” Standout products include the yet-to-be-released Dove Amplified Textures Moisture Lock Leave-in Conditioner and Dove Amplified Textures Shine & Moisture Finishing Gel, cocktailed to amplify her curl pattern.

The Big Little Lies star's pixie allowed us to see more of her face — which, you know, is never a bad thing.