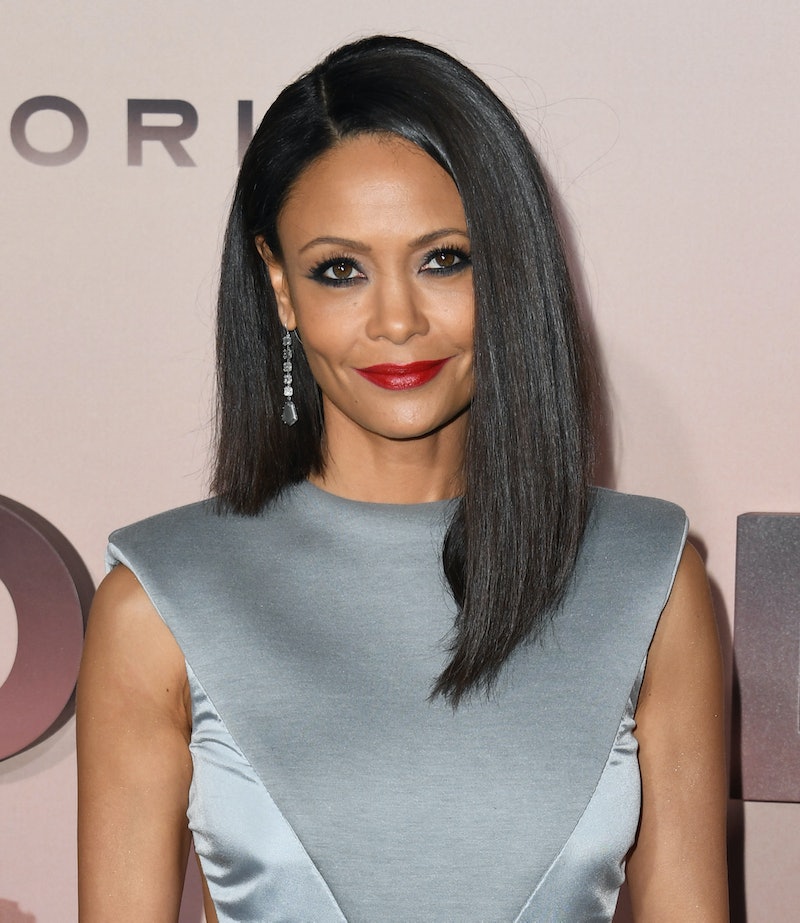 With three decades’ worth of experience working in Hollywood, Thandie Newton knows a thing or two about making a statement on the red carpet. Since she started her career in the ‘90s, the Westworld star has proven time and time again that she can rock a bold, feminine look with just the right amount of edge. Whether she’s attending an awards season, a formal gala, or making a media appearance during a press tour, if there’s one thing to take away from Thandie Newton’s most iconic looks, it’s that she loves a taste of drama.

Judging by any one of her many ensembles — and her appearances at fashion shows for designers like Louis Vuitton, Erdem, and Schiaparelli — it’s clear that the English 47-year-old actor has a natural love in fashion. Newton’s sartorial track record provides enough evidence to show that she’s not one to shy away from a fashion risk — and thanks to her keen eye for head-turning pieces, she’s become one to watch at every event she attends.

Whether she’s sporting a playful, retro-inspired look filled with color or she’s opting to wear something darker or more romantic, the star’s most notable looks give a full look at her personal style. Scroll down to see Newton’s best looks below.