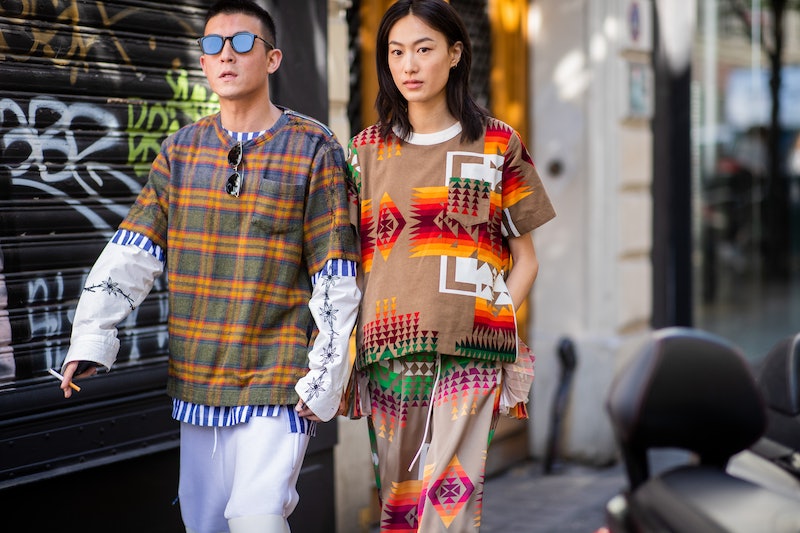 No relationship is perfect. No matter how long or how wonderful one’s significant other is, there will be inevitable disappointments, conflict, and issues — some more serious than others. Yes, while some problems are completely normal, some tread unhealthy territory. Codependency, detachment, and emotional deprivation are just a few issues that may require more than just a brief heart-to-heart. The latter of the three in particular can get complicated as it’s more of an unknown concept and not easily detected. So what exactly are the signs of emotional deprivation and how does one move forward in recovering from it?

“I work with schemas, which are core beliefs,” says clinical psychologist Dr. Avigail Lev. “There’s a schema or core belief of emotional deprivation that consists of basic needs like love, attention, and support are not being met in a relationship.” Not surprisingly, this is not a new concept. In fact, emotional deprivation was originally discovered as a disorder in the 1950s by Dutch psychiatrist Dr. Anna A. Terruwe, who found it had to with “frustration of the natural sensitive need for unconditional love.”

Like any behavioral issue and disorder, this one has roots. “It stems from unmet needs in childhood,” says Dr. Lev. “Maybe Mom or Dad were unavailable or inconsistent with meeting your basic, fundamental needs. Maybe you weren’t getting consistent attention, support, or validation and you grew up believing that that's not possible in a relationship.”

In action, emotional deprivation can manifest in various ways. Ahead, Dr. Lev outlines the three telltale signs of this all-too common issue, to better help one take those first steps to healing. Because everyone deserves to give and receive love in a healthy way.

Jumping To Conclusions About Partner’s Intentions

One of the key components to emotional deprivation involves specific triggers. Certain actions or words will send one's mind on a spiral of assumptions about their partner’s motives. “The emotionally deprived person has a core belief that leads to automatic thoughts,” says Dr. Lev. “You’ll immediately think things about your partner like ‘This person doesn’t understand me,’ or ‘They did that on purpose.’ When you get triggered thoughts, feelings of deprivation and longing will come up. You’re triggered to do a behavior that creates a self-fulfilling prophecy in which that core belief is inevitably confirmed.”

The human mind is a powerful thing and can absolutely lead to self-sabotaging behavior. One's assumptions and beliefs about their relationship come to life because they allow themselves to act as if they’re already true. The expectation of an outcome will actually shape and manipulate that outcome to take place just as one thought it would. This means the first order of business is to first identify these triggers that lead you down this spiral and work with a professional to stop them in their tracks.

Another common sign of emotional deprivation is one's own inclination to hold in and stuff emotions and feelings. “They tend to isolate and avoid expressing their needs,” says Dr. Lev. No matter how intense their need for attention and love is, emotionally deprived individuals often don’t speak up about it right away. They keep it bottled up until they explode (which will lead to the next point).

In letting their needs go unattended for so long, emotionally deprived individuals often eventually switch into urgent mode, says Dr. Lev. “You get to the point that it’s so deprived and so intense that you become very urgent and demanding about what you need,” she explains. “You’re evacuative about it.”

Dr. Lev explains that this demanding behavior often manifests in the individual lashing out about smaller, more insignificant things like not doing the dishes or taking out the trash. It can also look like passive aggression, guilt-tripping, or full-on attacking. And, because they are expressing larger needs in the form of trivial demands and unhealthy behavior, it will most likely not be received well, go unacknowledged, and lead to the outcome the emotionally deprived person originally assumed would come about (self-fulfilling prophecy!).

“Requests are very different than demands,” says Dr. Lev. “[Requests] involve you being expressive and articulate, asking for things flexibly. [Demands are] needs that are rigid and urgent. It’s the difference between saying, ‘Would you be willing to give me a hug?’ and ‘I want a hug right now.’ When you’re being demanding you’re exhibiting a coping behavior to alleviate this deep pain of being deprived and alone.”

Because this type of issue is often rooted in deeper more psychological trauma, professional help is highly recommended. However, at the end of the day, acceptance of one's specific deprivation is key to recovery and learning to let go of the rigidity in getting it met. “You’ll never get your needs met 100 percent,” says Dr. Lev. “It’s important to know what it is to get to 70 or 80 percent. Mentally track what needs are being met and use nonviolent communication to make requests and not demands.”

Good ol’ communication is crucial here as well to help your partner understand what emotional needs you’d like met so at least they are fully aware of what you require within a relationship — but go about in a reasonable and rational way. “You have to learn a different way to cope with that hunger and tolerate that hunger,” says Dr. Lev. “Also, find a partner that is willing to meet those needs and willing to experience it all with you.”