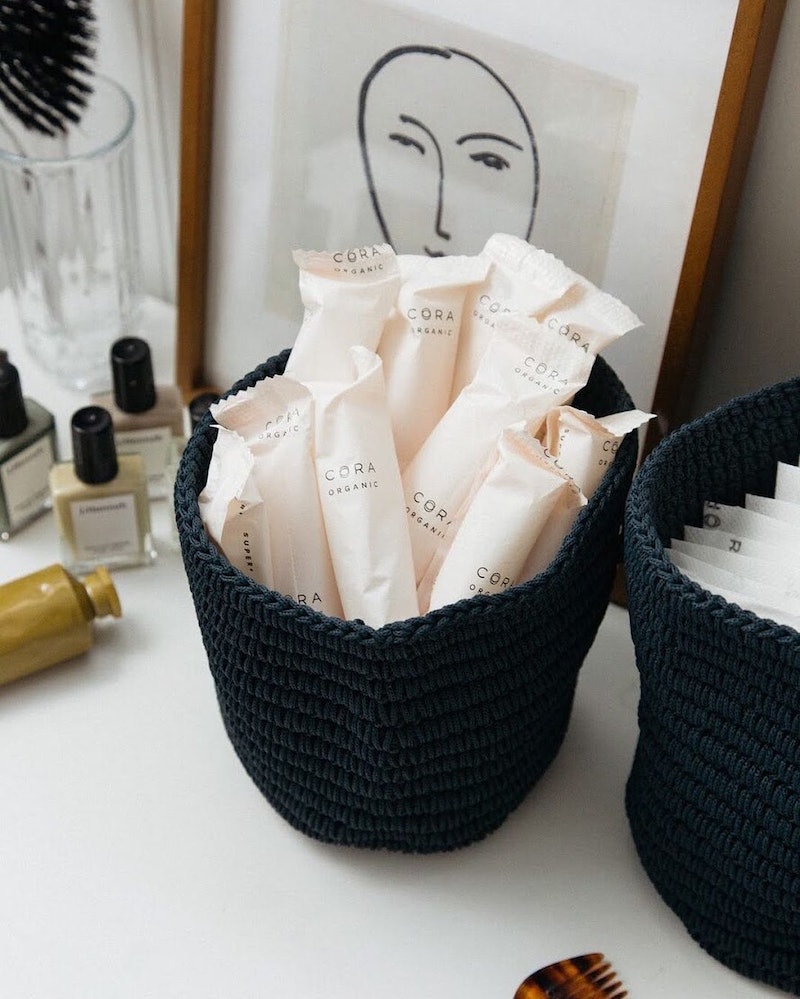 In a revolutionary (and long overdue) move, Scotland just became the first country to make tampons and sanitary pads free in public facilities. That means that they’ll be available at schools, universities, libraries, and public rec centers. If that sounds like a shocking victory for women and other menstruating individuals — and it is — it’s even more shocking that the bill passed unanimously. The country’s official Twitter has stated that they believe that free access to period products is “fundamental to dignity, equality, and human rights.”

It goes without saying that tampons and sanitary pads are not available for free to American citizens. That’s a shame, but it is not entirely surprising that a country without a national health care system doesn't make a variety of necessities available to its citizens.

However, many states in the U.S. don’t consider period products necessary at all. That means that not only is our country not likely to cover the cost of tampons, it imposes what is known as a "tampon tax". In 35 U.S. states, women are charged a sales tax when purchasing menstrual products because, unlike items like shampoo or condoms or gun club memberships in Wisconsin, they are not deemed "necessary".

An article by the Los Angeles Times editorial board argued to continue taxing tampons, as they were not necessary to life. Bewildering, the article also observed that sales tax does not apply to prescription drugs like Ritalin and Viagra as they can be seen to be “dispensed to improve quality of life.”

Now, the idea that menstrual products aren't necessary may have to do with legislators’ discomfort remembering that a certain portion of the population menstruates every month. Talking about periods is a topic that embarrasses many people, regardless of their gender. Some people go out of their way to insure it remains embarrassing. The President memorably shamed a woman who questioned his misogyny by saying she had “blood coming out of her wherever.” But if that makes people squeamish, I shudder to think how squeamish they'd be if women decided to forgo menstrual products.

Since free bleeding is frowned upon, that tax means that women and other menstruating people pay an additional $150 million per year on products like tampons.

And that matters, because nearly two-thirds of low-income women in the U.S. couldn’t afford menstrual hygiene products at some point during the previous year. Reuters reported that one in five struggled to afford those products every month. Those women report using items like rags, toilet paper, and paper towels to handle their periods instead. Using items that are less effective at handling menstrual blood makes it harder to go to work, to school, apply for jobs, or otherwise just interact in society.

And, look, it doesn’t have to be this way. Monica Lennon who introduced the Period Products Bill in Scotland claimed that it should serve as, “a signal to the world that free universal access to period products can be achieved.”

That will likely not happen in America any time soon. But in the meantime, you can still call your representatives to talk about eliminating the tampon tax. Doing so would help remove a financial burden placed upon the menstruating segment of the population, especially necessary in these times when many people are struggling financially. I promise it will improve their quality of life — Scotland certainly thought so.