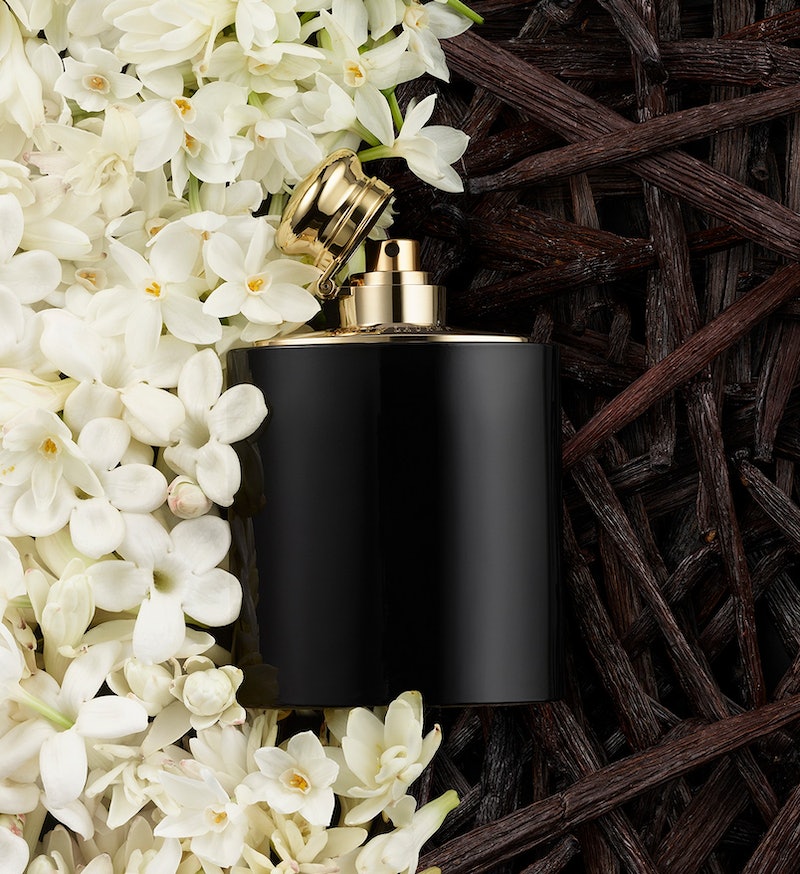 Intense is a word that unfortunately often still holds a negative connotation when used to describe a woman's character. However, Ralph Lauren is challenging how this word is viewed, not only through its Lead Like A Woman campaign, but with its latest fragrance launch. Bringing together both power and femininity into a bottle, Ralph Lauren's Woman Intense Eau de Parfum invites you to further embrace and share your own intensity on a daily basis with the help of a few spritzes.

The newest addition to the Woman by Ralph Lauren family is a warmer and, as the name suggests, more "intense" iteration of the original "Woman" fragrance. While you will enjoy a few familiar scents from the original, the richness has been dialed up in this perfume, making it one you'll enjoy especially for a night out. Even the fragrance's black and gold bottle has an elegant, strong design that aligns with the aroma it encapsulates.

Ringing in for $115 for the 100 milliliter size, the perfume blends floral notes of tuberose, orange flower, and jasmine sambac with lingering base notes of black vanilla, sandalwood, and ambery woods accord. However, when you first spray the scent you'll initially smell hints of black currant, pink pepper oil, and neroli oil as well as rhubarb accord.

Coinciding with the launch of the new perfume is the release of the third short film from Ralph Lauren's Lead Like A Woman — a platform started by the brand in May 2018 that "aims to close the leadership gap between women and men." The digital film looks to redefine how female intensity is viewed and encourages women to bring their intensity into leadership. The all-female cast is composed of women from various industries and is lead by global ambassador of Woman by Ralph Lauren, Jessica Chastain. "I see intensity as a very positive thing," said Chastain in the short film.

Furthermore, as part of the Lead Like A Woman initiative, Ralph Lauren Fragrances has partnered with and donated to the organization Women In Film. You can learn more about it here, and continue on to shop the brand new fragrance for spring.