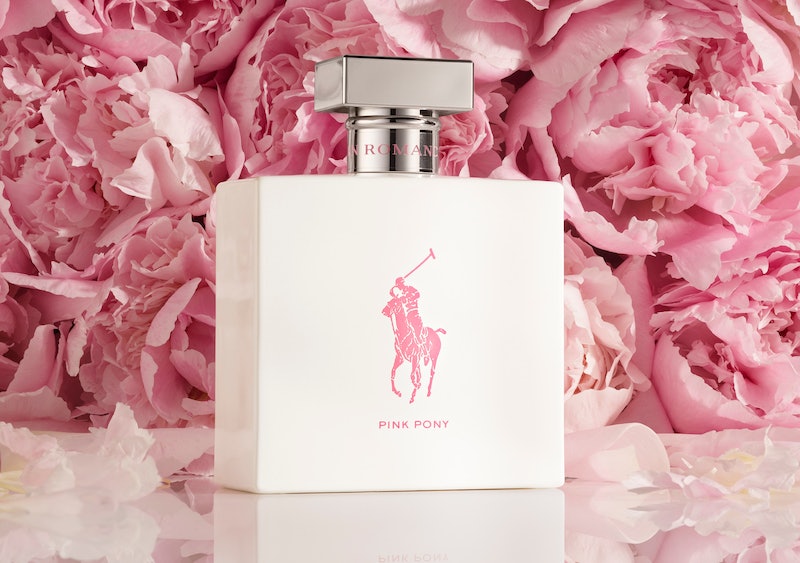 Even better, 100 percent of the profits from each $98 ROMANCE Pink Pony fragrance purchased throughout October will be donated to the Pink Pony Fund. Additionally, Ralph Lauren Fragrances has thrown in a limited-edition Pink Pony pouch with each fragrance, as a way to thank shoppers for supporting the initiative. "When someone you love has cancer, we are all affected — husbands, wives, mothers and fathers, sisters, brothers and friends," noted a quote from Ralph Lauren on the Macy's product page. "This is our effort in the fight against cancer."

Similar to the white-and-pink design of the bottle, ROMANCE Pink Pony calls upon a pink peony note in the middle of the lush fragrance, mingling with Rose centifolia (or Provence rose) absolute and Lily of the Valley. Both the top notes and base round out the floral center, though — the perfume begins with bergamot and mandarin essences spiced up with ginger roots, then closes with white musk, sandalwood, and crystal moss.

And just in case you're curious about the scent now, ROMANCE Pink Pony has already dropped at Macy's as of Sept. 15. Scroll down to take a look at the new scent, or take a moment to swing by Ralph Lauren's website to read up about everything the Pink Pony Fund has been up to for the last two decades — as you can imagine, the powerhouse designer and eponymous brand have accomplished quite a bit.