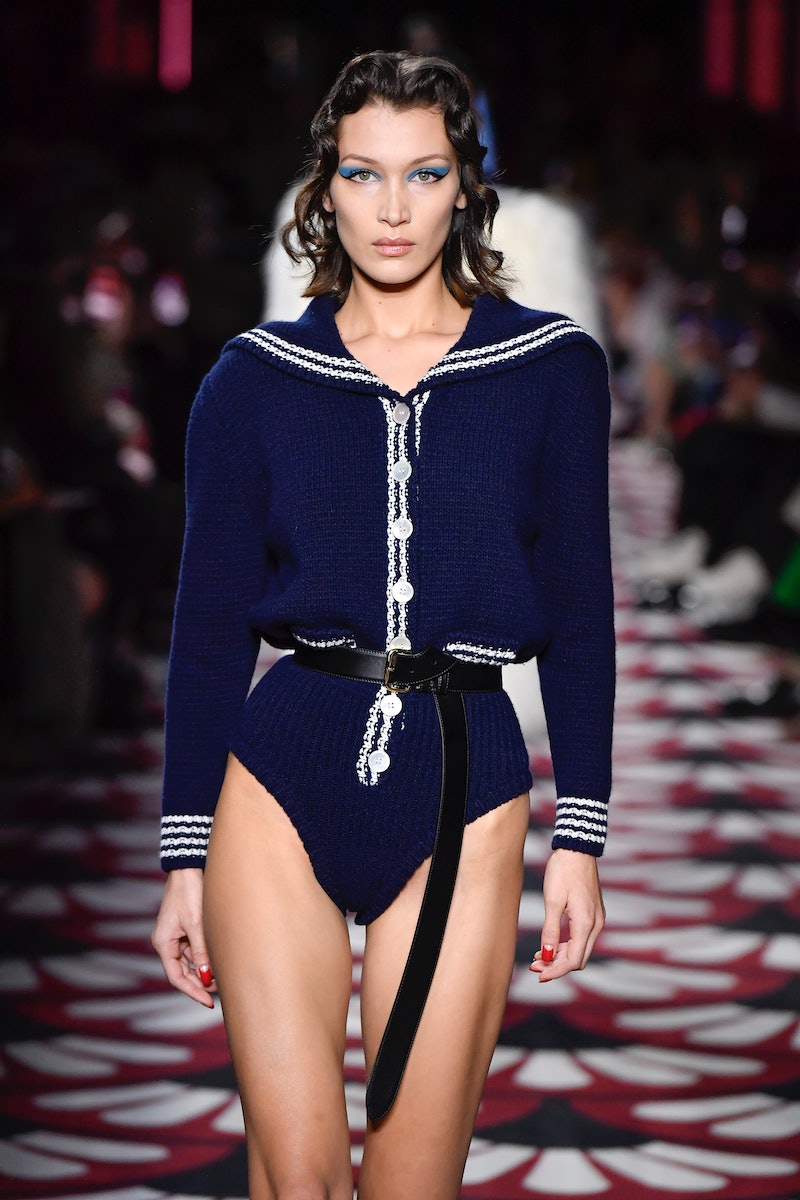 The city of lights is where Fashion Month takes it final bow. After New York, London, and Milan, Paris Fashion Week serves as the sartorial grand finale, which also means it's the place where trends really take form. Some of the biggest labels — Chanel, Dior, Louis Vuitton, Hermes — show in the French capital, and this time around, the biggest trends from Paris Fashion Week's Fall 2020 season are anything but expected.

The rainy week culminated on March 3 with Louis Vuitton's runway show at the Louvre, which was temporarily closed just two days prior in preparation for a possible coronavirus outbreak. (It has since reopened.) In the midst of the crisis, rumors swirled about which shows would be canceled, especially after Giorgio Armani called off its live show due to fears of the virus in Milan. But in Paris, the shows went on.

And while there were certainly some trends to be expected for fall — the impeccably tailored suiting at Lanvin and Dior; the head-to-toe layers of black at Balenciaga and Saint Laurent — there were a few surprising ones, too. This time around, we saw the official comeback of the dickie, formally known as the tuxedo front, as well as myriad new collars — some structured, some lace, and some both.

We also saw brands lean into the apocalyptic mood, what with Balenciaga's swash-buckling runway, where models waded through a few inches of water on the catwalk; show-goers had to sit at least three rows back to avoid getting wet. Nicolas Guesquière also asked us to think about the future at Louis Vuitton, even if it looked bleak.

On a more positive note, fringe isn't going anywhere in 2020: Dior debuted at least two dozen looks with some iteration of it, while Gaucherie, Christian Wijnants, Givenchy, and even Paco Rabanne leaned into the trend — that is, of course, if fringe can be made of metal.

Ahead, the seven major trends from Paris Fashion Week to get ahead of STAT.

Most accessories trends center around bags or shoes, but this season, it extends to the hand: Gloves of all kinds — moto, ladylike, and everything in between — were seen everywhere from Valentino, Louis Vuitton, Miu Miu, and Lanvin. At Givenchy, they were sometimes bunched at the forearm, and other times climbed up to the bicep. At Nanushka, they were laced all the way up the arm in a dreamy bone hue.

Fringe makes a comeback every so often, but never more than it did on Maria Grazia's Dior runway, where an astounding 32 looks included the trend. Sometimes it hemmed a checkered knit, scarf-style, and other times, it made up the entirety of a dress's skirt. At Chanel, a pencil skirt with a dangerously high side-slit had rows of fringe; at Dries Van Noten, silk fringe peeked out from beneath an asymmetric poncho. Newcomer Kenneth Ize used it in more than half his runway looks.

Tartan and plaid are autumnal mainstays, but they got a 2020 update at Miu Miu, where the pattern took multiple forms; sometimes, it was layered as a three-tone tartan on a skirt-and-jacket outfit, but the brown-and-black check seen above made duplicate appearances. Elsewhere, at Alexander McQueen, a more minimalist checkered pattern took hold in dress form.

Seventies-era pointed collars, as well as exaggerated vintage-inspired iterations, have been trending for some time now. But the next class of collars look nothing like their predecessors. Sure, Chanel showed a simple scalloped style, but it was paired with a mini skirt suit to give it a much less saccharine feel. On the other end of the spectrum was Paco Rabanne, who showed structured ruffle-neck collars that hugged the neck. Chloé, Celine, Miu Miu, and Alessandra Rich also debuted statement collars.

At first glance, there's nothing surprising about leather coats trending for fall. But take a closer look at the styles Loewe, Hermes, Louis Vuitton, and Miu Miu sent down the runway, and you'll see there's nothing ordinary about next season's iterations.

First, a quick lesson: A dickie, also known as a tuxedo front, used to be worn in place of a shirt to give the illusion of a button-down. These days, however, they're worn more as a stylish accessory than a purposeful garment. At Nina Ricci, they were styled layered underneath blazers, and later, over a patent leather button-down. At Isabel Marant, a knit dickie topped an oversized, matching sweater in a grey tone.

Fashion can be an insular place, especially during Fashion Week. But as editors, buyers, and VIPs descended on Paris this season, the coronavirus continued to pulse through the world with astounding speed. As such, Balenciaga presented a runway show that was downright apocalyptic, and Marine Serre showed a collection full of dark, inky separates that would serve as cloaks of protection. Louis Vuitton, with its cropped puffers and moto gloves, offered a shield of sorts for the future, too.

Typically, fall color trends fall on the earthy side of the spectrum. And while there was certainly enough muddy brown, forest green, and oxidized warm tones to go around, there's a new fall 2020 color trend in town: gunmetal. Brands like Celine, Coperni, Off-White, and Rick Owens all showed iterations of standout silver pieces.