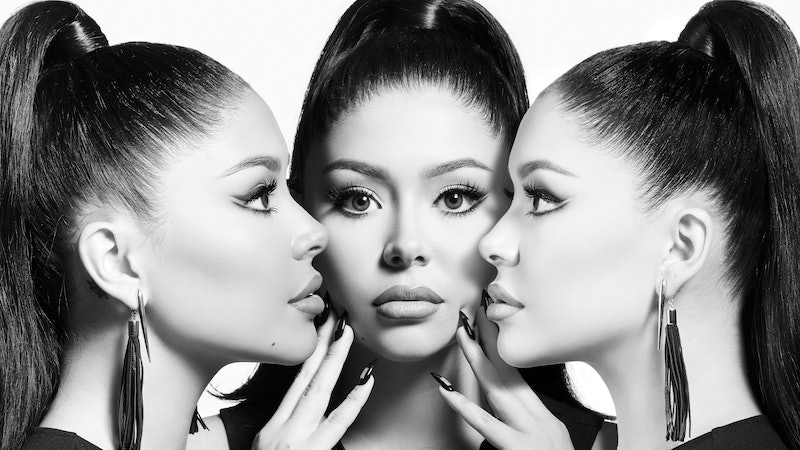 After thoroughly revolutionizing the eye makeup arena — eyeshadow and brushes included — Morphe is moving on to mascara. On Sept. 30, the popular beauty brand unveiled that it would be launching its very first mascara, tapping content creator and self-taught makeup artist Daisy Marquez as the campaign face. Morphe's Make It Big Volumizing Mascara arrives on Morphe.com Oct. 6, alongside the equally new Big Primer Lash Primer. Since, why stop at just one groundbreaking launch?

And in typical Morphe fashion, both lash-lengthening products are easy on your wallet. The Make It Big mascara will retail at $12, while the Big Primer will only run you $10 a pop. Still, expect serious results, even at such affordable prices — the mascara itself is formulated to last on your lashes without flaking or poofing away before the night is through. The deep shade, dubbed Bold Black, will make sure it shows up the moment you swipe it on, too.

But for shoppers who want everyone around them to notice their lashes the moment they walk into a room, go ahead and pick up the primer in addition to the mascara. Morphe included lash-conditioning ingredients in the formula, as well as a noticeable blue tint that enhances the Make It Big mascara's own shade.

And speaking of color. The Instagram-friendly packaging is sure to be a hit with Morphe's social-media-savvy fans. The mascara features a black-on-black component with the brand name glossily embossed on the side, while the primer is housed in a white tube with black lettering. The simplicity harkens back to the pared-down eye palettes and brushes that helped make Morphe a household name with beauty fans.

Feeling like you just saw Morphe launch something else brand new? You probably did. The late-summer, early-fall season is proving to be a productive time for the brand: The mascara and primer launch is following the second round of Morphe 2's collaboration with Dixie and Charli D'Amelio, as well as the limited-edition Madison Beer collection. Of course, all of this newness was revealed after the announcement of the Morphe 2 sub-brand this summer, a ligher, Gen Z-friendly take on makeup from the cosmetics company.

Just make sure you remember to swing by Morphe's website when the mascara and primer drop. With more than 10 million people following Morphe on Instagram alone, it's safe to say that quite a few fans will be waiting for this launch