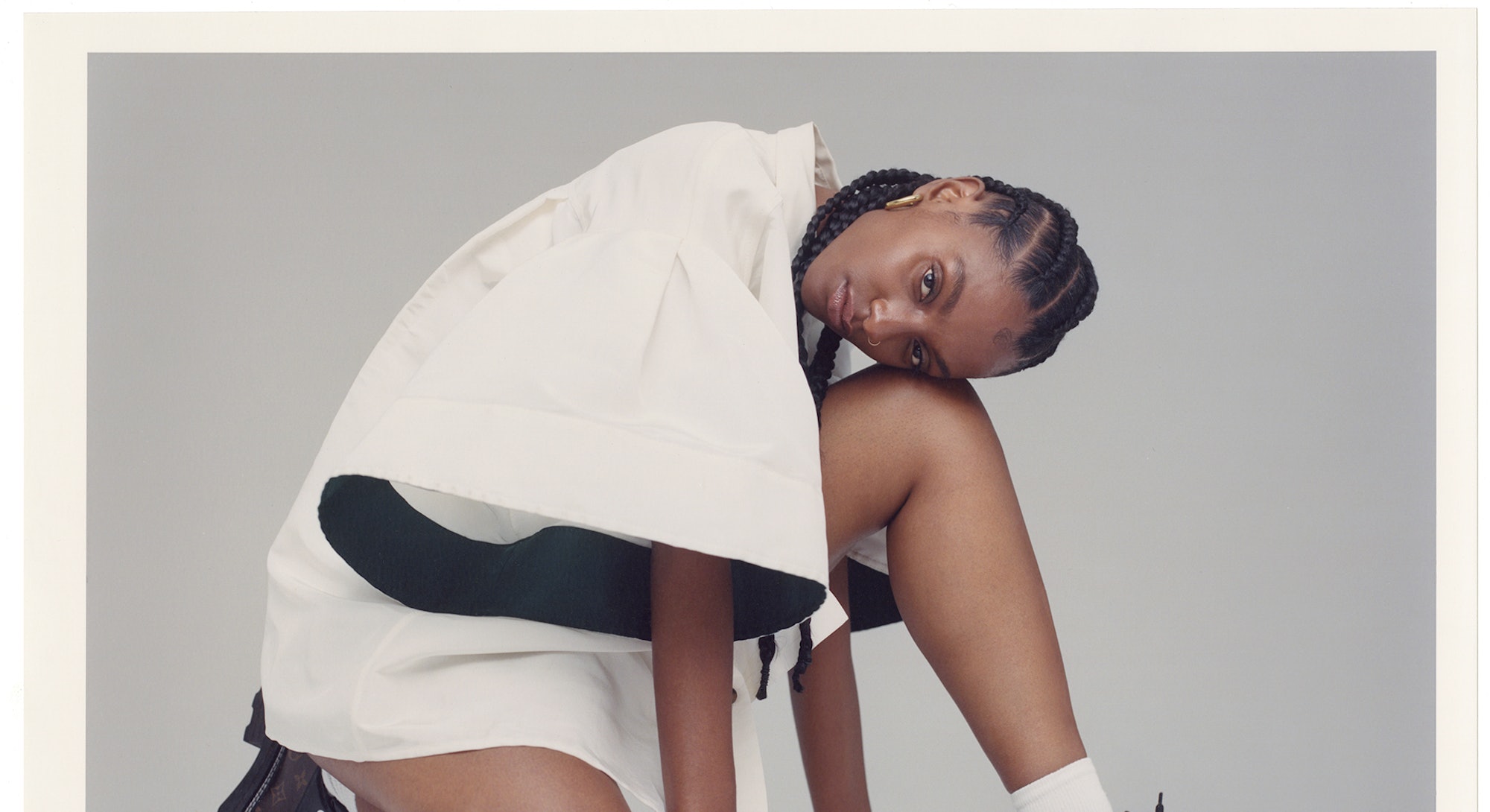 The phrase "power dressing" likely brings to mind a certain item of clothing. Perhaps it's an '80s-inspired, wide-shouldered blazer, or a fitted suit jacket with an entirely wrinkle-free pencil skirt to match. Maybe it's a navy shift dress with coordinating pumps. As the career ladder becomes more nebulous — less corner office and more jack-of-all-trades — asserting power through what you wear holds a different sort of weight. Instead of women and men being shoved into their respective corners, with separate interpretations of what power dressing constitutes, there is a movement toward a certain sartorial center.

This is where brands both luxury and contemporary have created a space for coexistence. You can see it at Dior and Louis Vuitton, where menswear designers Kim Jones and Virgil Abloh exist beside Maria Grazia Chiuri and Nicolas Ghesquière respectively — different visions, but equally lauded by shoppers who refuse to be relegated to any designated look. Meanwhile, up-and-coming labels like Bode and Eckhaus Latta are finding ways to execute a pointed vision that still finds room for everyone.

"There's something about suiting and tailoring, whether it's men's or women's, you put it on, and you're like, 'I'm getting out there.'" — Mereba

Suiting remains the uniform of the corporate world, but there's a shared ownership over uniform that wasn't there before. "The codes (because what is power dressing but a dress code by another name?) of old are going out the window. Both those that are explicit and dictated, and those that are unspoken but widely accepted," Vanessa Friedman writes in a March 2019 New York Times article titled "The Mess of Modern Power Dressing." Women can borrow from menswear just as surely as they can spring for a tightly nipped tweed skirt suit. In every closet there's room for both.

"There's something about suiting and tailoring, whether it's men's or women's, you put it on, and you're like, 'I'm getting out there,'" singer and songwriter Marian Mereba, pictured here, tells The Zoe Report. The artist spent a day on set with TZR switching between designs that while conceived separately for men and women, together exhibit a certain cohesive power. "It feels empowering. It's a reflection of how I feel inside. I'm me in whatever space," she says.

This is an idea reflected by modern menswear designers. At a July talk at The Real Real, designer Emily Bode, who was the first woman designer to show at NYFW: Men's when she launched her label Bode in 2015, spoke to the fact that retailers buy her menswear collections for everyone. "A little less than half of our customers are women shopping online and shopping for their spouses, and they'll come back and buy something [for themselves]," she said. "We do a lot of custom work that women are able to wear, but they also buy directly into the collection." Increasingly, people of all genders are reaching across the rack and mixing and matching pieces to their own individual liking. Brands are debuting designs that don't necessarily indicate at first glance who they're intended for. A sleek Dior Homme suit and shoulder bag from menswear designer Kim Jones are technically from the men's collection, but aren't jarringly different from the trousers of Nina Ricci or the blazers of Khaite.

"I love to see men in my life just embrace certain sensibilities style-wise that they never would have before." — Mereba

Unlike the Mad Men era, modern brands span an entire spectrum — some like Bode design looks that, while intentioned for a specific gender, are enthusiastically worn by all. Telfar's unisex clothes and iconic shopping tote are designed for everyone — including those often marginalized within the fashion industry. Eckhaus Latta's clothing is presented on both the runway and on the brand's Instagram styled on men and women interchangeably. These brands encourage the wearer to focus on personal style and preference rather than any assigned assumption of what can, can't, or should be worn. They focus on their design vision, and let anyone who is curious join in the conversation. "I'm uninterested in making a custom floral skirt," Bode explained. "But, I am interested in doing custom trouser sizing for an account. I wear primarily vintage menswear or menswear-inspired clothing, so for now, this is the collection."

Beyond the clothes, the fashion industry is finding ways in which to create shared spaces for all. Fashion weeks are still shown separately, but increasingly brands are combining their collections and presenting a more singular vision. In June, Simon Porte Jacquemus celebrated his namesake brand's 10th anniversary by staging a combined men's and women's show in Provence, showing oversized blazers, polo shirts, and bags worn around the neck that were intended to be shared by all.

In this same way, a millennial-driven push for individuality has also encouraged a shift, not just in type of dress, but in the level of undress expected of men and women. Growing up in the '90s and early '00s, Mereba says that her childhood in Philadelphia informed her personal aesthetic, in part with the help of her older brother. "I would wear my brother's clothes, and he's five years older than me, so it was way too big," she says. "I was just into that. And I liked it because I was the little sister. I liked to dress to put a juxtaposition to it. I'm tough, you know." A modern female musician isn't confined to the same pop-star formulas of the past — Billie Eilish comes to mind as a prime example of this. Covering up can be just as cool as stripping down. In fact, layering in many ways allows for more sartorial creativity.

Now, as an R&B songwriter, Mereba is in the midst of a new era where men and women are finding common ground in their style proclivities — turning to designers that create clothing across the aisle, like Virgil Abloh whose Off-White collections and menswear designs for Louis Vuitton have both managed to set the industry alight. Even a brand like Carolina Herrera, long known for high-volume skirts and traditionally feminine gowns, can find a space in the conversation in the form of an oversized top with just a touch of a sleeve ruffle.

"Women have always inspired, it's just that we didn't get the credit. And we're still hungry for that recognition, for that care," Mereba says. "It's a trickle down sort of thing, I love to see men in my life just embrace certain sensibilities style-wise that they never would have before ... It's amazing to see how fashion can embody those changes in society, too."

Makeup: Mimi Quiquine at She Likes Cutie using Herbivore and Fenty on the lips