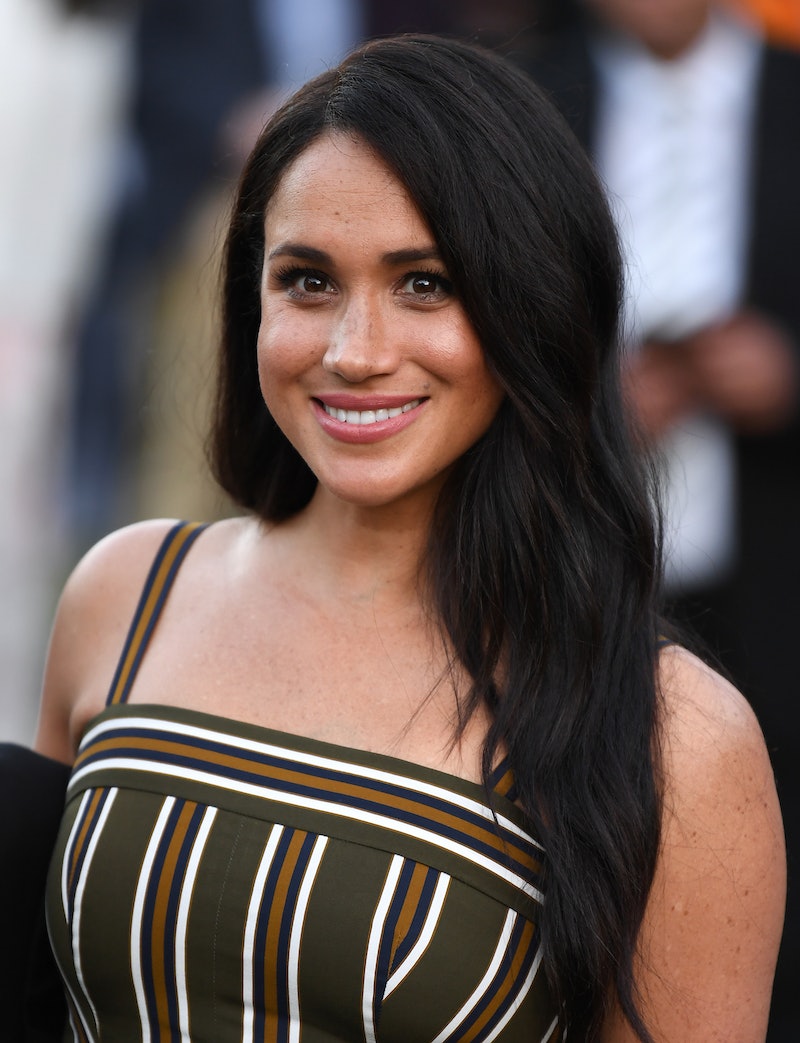 This year, Meghan Markle is using her voice — and not just as the narrator for a documentary. Throughout this summer, the Duchess of Sussex has been making virtual appearances to speak on issues such as Black Lives Matter. More recently, she’s been addressing another pressing matter: voting. The former actor has teamed up with other key players to encourage people to register to vote. However, Meghan Markle’s iconic discussion with Gloria Steinem might be the most inspiring one yet. And if you found the Duchess’ ensemble equally inspiring, you can shop her full look, too.

On Aug. 25, the MAKERS Women Instagram account teased Markle and Steinem’s discussion, which featured the two at the Duchess’ new home in California — as well as appearances from the royal’s two dogs. Markle sits down with the women’s rights activist to discuss the movement Steinem led, its influence, and the importance of voting.

“If you don’t vote, you don’t exist,” Steinem said to the Duchess, in response to her comment of how far the women’s rights movement has progressed. “It is the only place where we’re all equal.” The activist and writer went on to emphasize the importance of voting among the younger generations, sharing that they’ll be the ones to experience the results of elections for much longer.

Markle’s intimate conversation — which the royal hosted in her backyard — feels refreshing and casual, especially with the low-key ensemble she wore. The California native styled a simple V-neck T-shirt with the striped Ryan Trousers from Los Angeles-based brand Anine Bing, which are available for $249. The Duchess accessorized her effortlessly polished look with the $265 Sammy hat from Janessa Leone, another brand from the West Coast city. And to finish it off, she wore the Rhea Sandals from Stella McCartney, which are on sale for $477.

Markle’s conversation with Steinem isn’t her first time speaking on the topic of voting. Earlier in August, she joined the livestream event for When We All Vote — Michelle Obama’s voter participation initiative — to encourage women to sign up to vote. And from the looks of it, she's only getting started.

Scroll down to shop the pieces from Markle’s conversation with Gloria Steinem below.