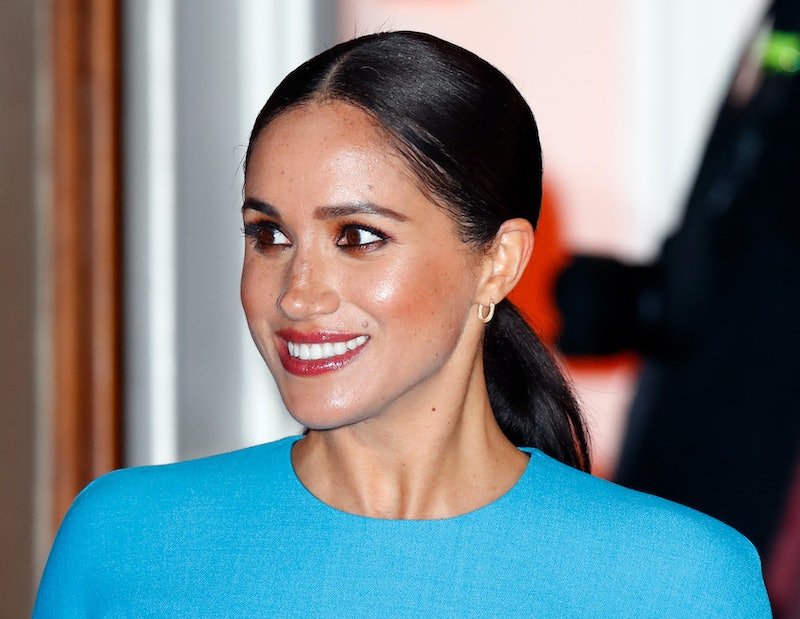 As many continue to gather and protest against the deeply rooted systemic racism in the U.S. — in addition to the global pandemic that has swept the lives of people everywhere — it’s easy to forget that there are still young adults graduating from high school and college, entering the next chapter of their lives. The past few months, and more specifically the past few weeks, have no doubt been a time of uncertainty for everyone — no matter how old you are. However, there’s still a sense of hope, which Meghan Markle expressed in her Black Lives Matter statement from a recent commencement speech.

Earlier this week, the Duchess of Sussex directly addressed the Black Lives Matter protests in a virtual speech for the graduates of her Los Angeles-based alma mater, Immaculate Heart High School. “What is happening in our country and in our state and in our hometown of L.A. has been absolutely devastating,” she said at the beginning of her statement. “I wasn’t sure what I could say to you. I wanted to say the right thing…and I realized—the only wrong thing to say is to say nothing.”

Markle took the moment to share a memory from her time at the high school while volunteering, in which a teacher had said to her, “Always remember to put others’ needs above your own fears.” Markle expressed that the quote has since stuck with her throughout her entire life, and one that she’s thought about more than ever.

The Duchess also touched on her own experience with the 1992 L.A. Riots, which erupted after the intense beating of Rodney King at the hand of local police officers. And while her memories from those protests parallel the ones the world is seeing today in the violence, looting, and fires, she mentions that the riots led to people coming together. “We are seeing that now. We are seeing that from the sheriff in Michigan or the police chief in Virginia,” she said. “We are seeing people stand in solidarity; we are seeing communities come together and to uplift. And you are going to be part of this movement.”

Markle goes on to say that the graduating class has the opportunity to rebuild the foundation of the nation with the skills that they’ve built. “You are going to have empathy for those who don’t see the world through the same lens that you do because with as diverse, vibrant, and open-minded as I know the teachings at Immaculate Heart are, I know you know that Black lives matter,” she said. “You are equipped; you are ready, and we need you, and you are prepared…I am so eager to see what you’re going to do.”

*This article has been updated from its original version.