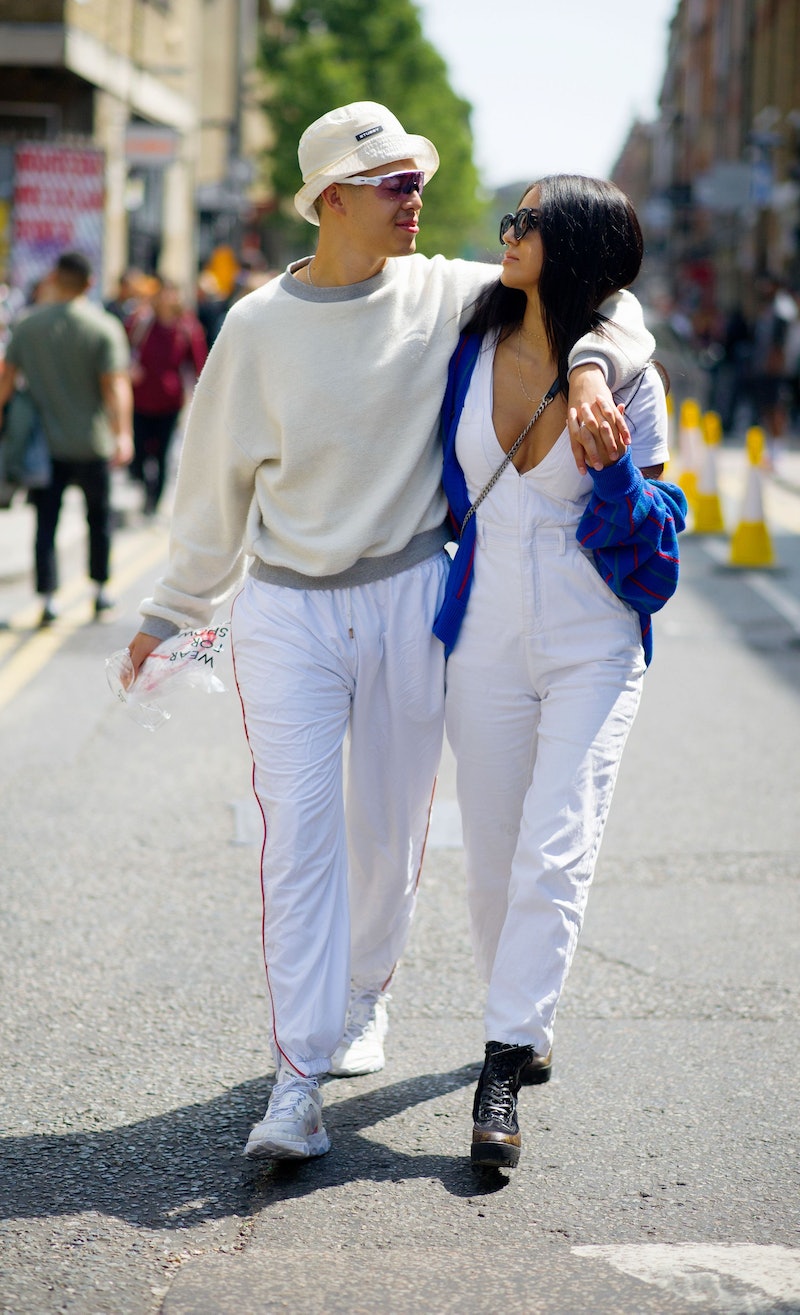 It’s the conversation everyone dreads: The one in which you find out whether you and your partner are on the same page romantically. That’s right, figuring out how (and when) to have the “define the relationship” (DTR) talk seems to be a necessary evil for anyone in a dating situation they want to take to the next level. Concerns surrounding rejection and placing oneself into a position of vulnerability abound. So what does one do about this stressful yet often necessary situation?

First and foremost, make sure the time is right, says relationship expert, Rachel DeAlto. “You need to wait until there’s been some time and effort introduced,” she explains. The guru adds that reflecting on what you’re really asking for and wanting from the other person is key here. “There are different levels of relationships,” she says. “Maybe you’re sleeping together and you are simply wanting to exclusively be intimate with that person and vice-versa — but don’t necessarily want to get married tomorrow. Maybe you’re simply looking for something significant and want to see if you’re on the same page.”

Relationship and etiquette expert April Masini says this conversation should happen within three to six months of dating. “Typically, people don’t date just one person at a time,” she explains. “They play the field, even if they feel strongly about one person they’re dating. So somewhere between three and six months of dating, one or both people decide that they want to be monogamous and not date others. This is about the time when you should have the talk.”

No matter your timeline or where your needs lie in this conversation, how you approach it is vital for its successful execution. Ahead, the two relationship pros explain how to navigate the conversation everyone prefers to avoid. Get ready to start talking.

Keep It Drama-Free From The Get-Go

According to DeAlto, how you initiate the conversation will set the tone for how it goes. Make sure you approach it naturally and, more importantly, sans dramatic innuendo. “Any relationship-defining conversation should happen without the pressure of, ‘We need to talk,’” she says. “When you text your partner ‘I need to talk to you’ and wait two days to do it or approach it in a cryptic way it automatically adds too much pressure too fast.”

DeAlto recommends letting the moment happen naturally, when you and your partner are already in a private or calm setting. Allow the discussion to seamlessly occur when you feel like the two of you are both in receptive places and have your guards down.

Masini adds that making the DTR the fuel to an existing fire is also the wrong way to go. “Don’t bring it up in the heat of an argument, and if it’s been bothering you, don’t wait until you lose your temper about it — bring it up before then,” she says. “Having a conversation that’s important is best in the morning over coffee, not after a long day with a couple of cocktails under your belt and a boozy outlook on the world and the relationship.”

According to Masini, one of the biggest mistakes you can make in a DTR convo is making it an all or nothing situation. “Avoid ultimatums at all costs,” she says. “If you’re giving an ultimatum, chances are, it’s because you already know that you and your partner want different things and you’re trying to force his or her hand. Bad situation. Back up five steps and regroup.”

Try being more gentle, open-minded, and honest in your approach. Try something like, “I really like you and would love to know where you think this is going,” says DeAlto. “Make it a more open conversation.”

Be Prepared For Any & All Responses

The old saying “Hope for the best, prepare for the worst” is completely apropos here. As sure as you may be that your potential partner is on the same page as you, make sure you’re mentally ready for anything that might be presented to you. “Never ask a question you’re not prepared to hear the honest answer to,” says DeAlto. “Have some perspective that just because he or she doesn't want to define the relationship doesn’t mean they’re not interested in doing so down the road. It’s important to have patience. Be prepared to abort the mission and come back when you’re both on the same page.”

In the same vein, Masini advises that if or when your partner says something you don’t want to hear, keep calm and avoid getting combative. Riding on the first point, don’t allow the discussion to turn into an argument. “Make sure you’ve gotten your feelings clearly across, and decide to put a pin in the conversation so you can both think about what was said,” advises Masini. “You may have said something that surprised your partner, even though you thought they already knew it. Don’t second guess people. It’s a bad habit! Create a series of conversations so you can get the communication channel open.”