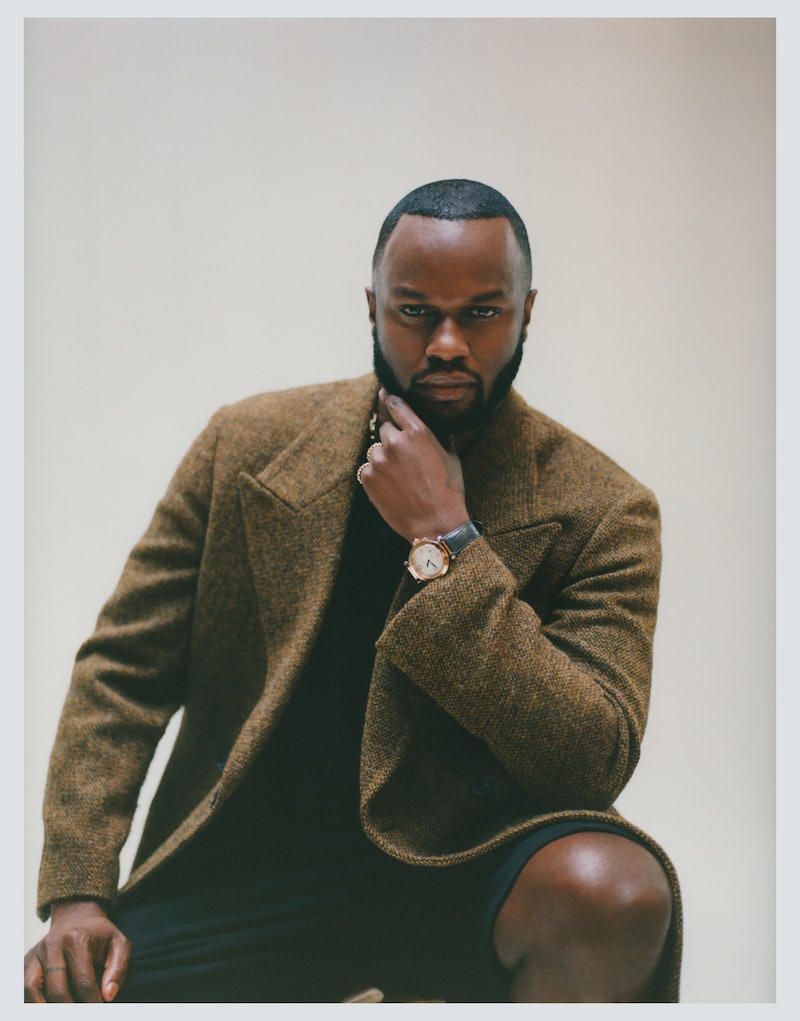 Naomi Campbell, Cardi B, and Beyoncé are just a few bold-face names that have graced hairstylist Jawara Wauchope's chair. Known for his masterpieces of hair, the artist's works have graced runways for shows such as Area, Laquan Smith, and Koché, positioning him as one of the most sought-after and respected hair aficionados of our time. Well now, he can add exhibit curator to his list of titles as he introduces 'COARSE: The Edges of Black Ingenuity.' The virtual experience highlights some of Jawara's most beloved works on Black hair, all while exploring the impact that Black beauty has had and has on generations of the past, present, and future.

"Growing up and being in love with Black culture I've always seen hair as such an inspirational thing," he tells TZR. "I grew up in Jamaica during the dancehall era. I couldn't believe that the hairstyles that I would see on the island and in my second home of New York City weren't being documented. Everywhere I went, I would see these beautiful Black women and Black men with these intricate looks upon their heads." He says that those experiences made him discover that Black hair goes much deeper than just aesthetics. "Hair is such a part of us," he says. "It encompasses who we are spiritually, emotionally, physically, socioeconomically, it's really an illustration of us as a people." That's why, Jawara has become a historian of sorts, extensively researching styling and grooming rituals of ancient Africa, carrying that over into his career.

Hair is moreso about culture," he says. "Hairstyling rituals are passed down from generation to generation and over these hundreds of years we've continued to come up with so many different ways of further expanding that creativity." That's why, when ideating various hairstyles, he reflects on just how far we've come as I people. "I love our culture so much," he says. "And no matter where you come from in the African diaspora, it's important to share our rich culture through any medium we can."

That's why he ideated 'COARSE,' a virtual exhibit spanning October 22 through the end of December hosted by creative agency, Art Partner. "The title 'COARSE' was a play on words," he says. "You think about the actual texture coarse, and this exhibit being a course of such that amplifies how amazing Black people are. We're such a dynamic culture and when people try to put us in cages, we find a way out and we're always victorious."

However like any good parent, Jawara has trouble choosing his favorite child. But after a little push, he finally revealed which one resonates with him the most. "If I had to pull one aside, it would be the image of the braided hair in that abstract shape," he says. "It's a black and white portrait and I wanted the hair to be reminiscent of angel wings. I wanted to convey that no matter what we go through, sometimes our hair is our saving grace. So that piece in particular means a lot to me."

And when creating the looks, Jawara didn't have to look very far for inspiration. "My biggest inspiration in this world and I believe the world's biggest inspiration is the Black woman," he says. "I've pulled so much of my work from my mother, who hasn't cut her hair in 43 years, Grace Jones, and Diana Ross, just to name a few." He also pulls from his travels. "Every time I go to Africa, I lose my shit," he says. "It's just such an amazing place with so much creativity. I also pull from different eras as they pertain to our culture. I pull inspiration from the streets. I pull inspiration from the hood, I pull it from everywhere."

Jawara hopes that the virtual experience impacts spectators the same way it's impacted him. "I would love for people to walk away feeling a range of things," he says. "Number one, I want it to incite emotions of excitement. Number two, I want people to feel enlightened, even though it's just pictures. I want people not familiar with our culture to actually look at it and feel like they've learned something. And finally, I want Black people to see 'Coarse' and feel proud, we're the bomb so why shouldn't we feel that way?"