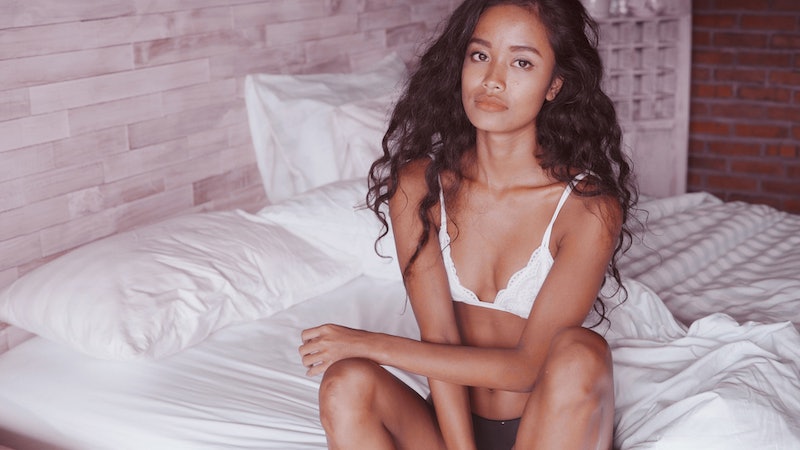 Never has breast cancer been more of a hot topic — and not just because it’s October. The aggressive illness has been a growing threat to women for decades. In fact, according to Breastcancer.org, “an estimated 266,120 new cases of invasive breast cancer are expected to be diagnosed in women in the U.S., along with 63,960 new cases of non-invasive (in situ) breast cancer.” These staggering numbers could be the reason so many women across the country are prioritizing their health by doing their due diligence in scheduling regular mammograms and, now, BRCA gene testing.

While mammograms are a somewhat familiar concept in relation to breast cancer awareness, BRCA knowledge has been less widespread, until about six or seven years ago. According to the National Cancer Institute, “BRCA1 and BRCA2 are human genes that produce tumor suppressor proteins. These proteins help repair damaged DNA and, therefore, play a role in ensuring the stability of each cell’s genetic material. When either of these genes is mutated, or altered, such that its protein product is not made or does not function correctly, DNA damage may not be repaired properly. As a result, cells are more likely to develop additional genetic alterations that can lead to cancer.”

In fact, carrying one of these mutations can cause breast cancer rates to skyrocket to 25 times the general population risk for breast cancer by age 50, and to 30 times the general population lifetime risk for ovarian cancer, says Alejandra Campoverdi, former White House aide to President Obama and founder of The Well Woman Coalition, who was first diagnosed with BRCA2 in 2013. “You can inherit a BRCA gene mutation from your mother or from your father.”

Actress Angelina Jolie is often credited for shedding light on BRCA testing, as she was diagnosed with the mutation and opted for a double mastectomy in 2013. And while her choice was ultimately surgery, the actress herself has been very vocal about knowing and understanding one’s options. “There is more than one way to deal with any health issue,” she wrote in an op-ed piece for The New York Times. “The most important thing is to learn about the options and choose what is right for you personally.”

If BRCA mutations are detected, the right form of action is entirely dependent on what’s best for your chosen life path, says Dr. Heather Richardson, mastectomy surgeon for the Bedford Breast Center in Beverly Hills, California. Some women, mostly those with a history of breast cancer in their family line, “want to be aggressive early on, and opt for surgery [mastectomy],” she explains. “Some, however, choose to watch the tissue closely over time … particularly if they want to have babies in the future and breastfeed.”

Campoverdi, initially chose the latter option when she was first diagnosed. “Early detection is critical when it comes to breast cancer and as a BRCA gene mutation carrier, it’s important to follow the surveillance regimen recommended by doctors,” she says. “This includes a yearly breast MRI, a yearly mammogram, two breast ultrasounds a year, two CA 125 blood tests a year … and monthly manual breast exams.”

The key thing to note here is that your method of action is not wrong, no matter what path you choose to take. “Once you have gathered this valuable information, make the choices that are best for you,” says Campoverdi. “There is no right or wrong decision — for some it’s diligent surveillance, for others it’s preventive therapies, and for some it’s preventive surgery. The most important thing is to choose a course of action that is well-informed and therefore intentional. Education is empowerment.”

Luckily, educating yourself is becoming much easier than it was in the past. “Testing for a BRCA mutation used to be expensive and not very accessible, but that has changed,” explains Campoverdi. “Now, one can easily test through companies like Color, where you'll receive a saliva test through the mail, get your results online, and have access to a free genetic counseling session.”

And while this all may read very scientific and factual, the experience of breast cancer and even the prevention process is incredibly emotional and personal, and one that is only yours. “Our femininity is defined by much more than our body parts and our beauty,” says Campoverdi. “Our courage, our grit, and our resilience are what make up our worth as women and we don't lose that in surgery. If anything, those qualities are stoked when we make empowered decisions.”