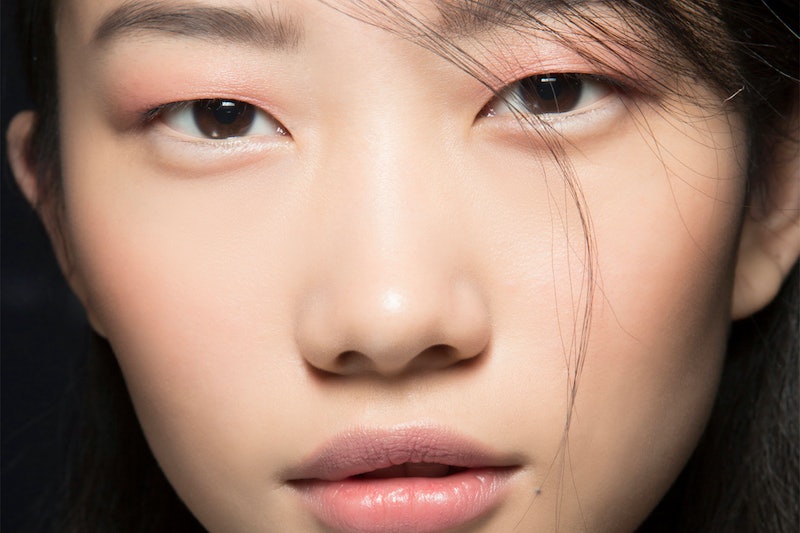 Remember when Apple first introduced an update that included Screen Time tools? A roster of terrifying metrics that reveal how much of your life has been forfeited to various apps. Last week alone, I lost a record 34 hours on Instagram and 11 on text message, which is enough to make me trade in my device for a flip phone. Aside from the obvious interference with productivity, research shows that extended time spent on digital devices might directly impact skin due to the blue light they emit.

According to a recent Nielsen survey, I’m not alone in my screen dependency. Adults spend nearly half the day (i.e. most waking hours) consuming some form of digital content. For me, the recurring Screen Time hourglass has done very little to mitigate the passive way in which I’m almost never not facing some kind of screen, which is apparently bad news for my complexion: Like UVA and UVB rays, blue light, or high energy visible (HEV) light, is also associated with premature aging, explains Dr. Joshua Zeichner, Director of Cosmetic and Clinical Research at Mount Sinai Hospital's Department of Dermatology. A study published in the Journal of Investigative Dermatology found that exposure to blue light resulted in more redness, swelling and pigment production than UVA. And these changes lasted up to two weeks from a single blue light exposure, compared to the damage done by the UVA that faded within a few days. While blue light has not been shown to cause skin cancers, it does lead to overproduction of pigmentation which causes hyperpigmentation, Dr. Zeichner explains.

Here are a few ways to mitigate blue light damage (without resorting to a life of flip phonery).

Traditional sunscreens don’t protect skin from blue light damage, which means that daily exposure may contribute to the development of dark spots, explains dermatologist Dr. Shereene Idriss who advises patients to pair a physical blocker such as zinc oxide or titanium dioxide with a topical antioxidant, such as SkinCeuticals C E Ferulic. The powerful combination works together to prevent dark spots from taking form and lightens those that have already appeared.

Dermatologist Dr. Loretta Ciraldo and co-founder of Dr. Loretta Skincare urges patients to go one step further to protect skin from blue light. Next year, her eponymous line will include a new product with specific blue light protection. In the meantime, Dr. Zeichner recommends PCA Skin C&E Advanced with Hexylresorcinol and Silymarin or Neutrogena Hydro Boost City Shield Facial Gel Mist with moringa seed extract, both of which contain potent antioxidants to help prevent or at least minimize free radical damage to the skin, he says.

“Putting your phone on night mode shift can help because it shifts your phone settings from the blue light to yellow light mode,” Dr. Idriss says. “Finally try not to stick your face to your phone as you’re looking at your screen at night without your contacts or glasses on. If you can keep your phone at arms length or further that will also help diminish the effects of the blue light.”

“Monitor how much time you spend in front of the screen and work to cut that back by 25 percent the first month, and if possible go to less than two to three hours a day, unless you need the screen for your work,” Dr. Ciraldo says. For those whose work depends on screens, Dr. Ciraldo suggests outfitting computers and devices with a blue light screen protector or wearing protective glasses.

The best defense against blue light damage? Quit your job on the Internet.