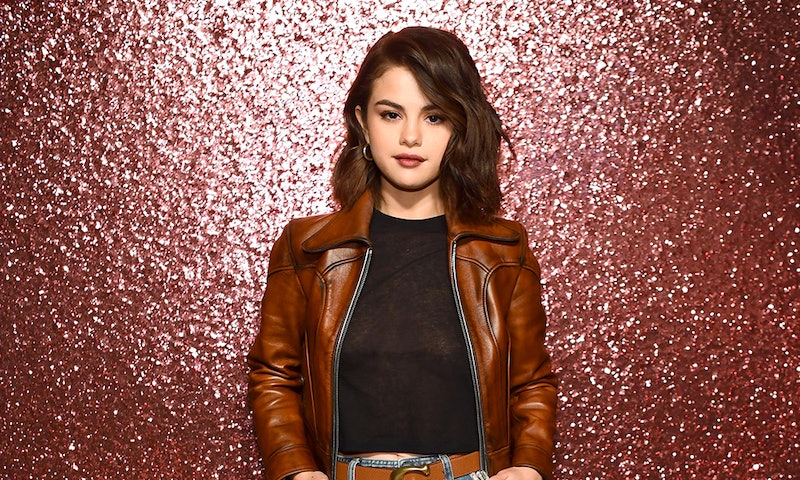 No, you aren't imaging it: The '90s styles you thought you'd seen the last of (that is: biker shorts, fanny packs, track suits, and more) have played a prominent role in street style during New York Fashion Week. You aren't alone, then, if you've taken a look at the celebrity set's wardrobes and wondered, are hair clips in style again?

Until now, the words hair clip and celebrity were only used in the same sentence when the Olsen twins walked a red carpet in floral, sparkly dresses with a few delicate pins holding back their bangs. But hair clips have gotten an upgrade come 2018. Instead of brightly colored clips and intricate hair twists, the sartorial detail is now being used as a polished embellishment to upgrade an otherwise simple look.

Throughout the season, a handful of models, actors, and influencers were photographed wearing an array of unique hair accessories — while their outfits were the real focus, hair clips offered a tiny, subtle accent against any look. From casting calls to Instagram selfies, celebrities have officially declared hair clips back in style. And when you take a peek at the below looks, you definitely won't be mad about it.

While on her way to a show during NYFW, Bella Hadid was photographed wearing a claw clip with a pink skirt suit, a fuzzy, white crop top, high socks, and chunky sneakers. Veering away from her usual slicked-back bun, Hadid's clip offered a nice change of pace.

Selena Gomez took the trend further by using her hair clip as a literal statement piece. Earlier this summer, Italian designer Stefano Gabbana publicly referred to Gomez as "ugly" on social media. The singer acknowledged the incident by wearing the word on a jeweled clip while out and about during NYFW.

Victoria's Secret Angel Elsa Hosk opted for a no-frills clip while at a dinner earlier in July. Hosk wore a oversized Balenciaga sweatshirt and a middle-parted bun with small, black clips framing both sides of her face. She finished off the look with thick, gold hoops for the ultimate '90s aesthetic.

Hailee Steinfeld was photographed at Tom Ford's NYFW runway show wearing a minimalistic black barrette to pin back her deep side part. She accentuated the simple waves with a shimmery smokey eye and a nude lipgloss.

Ahead, shop the most fashion-forward hair clips on the market right now — all of which are prepared to transform even the worst of hair days.