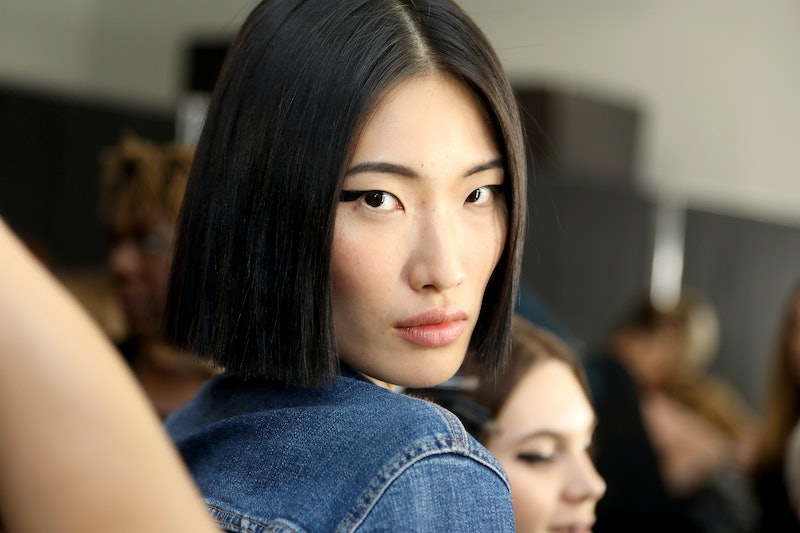 You don't have to pull an all-nighter to be plagued with dark under-eye circles, even though a 1 A.M. binge session of 90 Day Fiancé is more than a viable excuse. According to Dr. Joshua Zeichner, M.D., F.A.A.D., some people have darkness under the eyes because of the deposition of pigmentation which occurs as a result of sun damage and chronic, low-grade inflammation. I am one of them. But instead of slathering on loads of Tarte's Shape Tape, I use under-eye circle treatments to help me look like I got a decent six hours of sleep.

“The under-eye skin is among the thinnest on the body, so it ages faster than other parts of the face," Dr. Zeichner explains. "As the skin wrinkles, it does not reflect light as well as it should — giving a dark appearance. That darkness is essentially a shadow because of lack of volume. And because of genetics combined with age, we lose volume in the cheeks and under the eyes, which creates a hollow appearance."

With that new knowledge, I began a quest to diminish my own unsightly circles. It took an entire summer of trial and error, but I developed an entire routine that actually works. I start by using massaging tool that calms my skin and helps all of my creams and serums absorb more easily. After applying my SPF, I use a vitamin C serum strategically on my areas of concern, since it's so good for brightening. Lately, I've been following it up with a restorative eye cream with aloe since it feels so good on my skin, especially on warm days. Then I'll use a little concealer under my eyes topped with a setting powder. At night, I like using a cream with peptides, to boost my collagen. Call me extra, but it's working. And I don't need nearly as much concealer as I did before.

Ahead, see my cheat-code to bright and refreshed-looking eyes.

This product is great for cooling and diminishing puffiness. It contains apple extract, which is a source of vitamin C.

The chamomile in this product calms the eyes and encourages collagen production, which keeps the eyes looking youthful.

I love this for daytime use, as the texture is so light.

Vitamin C, a hero ingredient in this serum, helps the production of abnormal pigmentation according to Dr. Zeichner.

The A.G.E. Eye Complex is a staple in my nighttime skincare routine, as it contains peptides that help to improve my circles. I noticed a dramatic improvement after a few months.

Dr. Zeichner recommends seeking an eye gel that contains hyaluronic acid, like this one from Neutrogena. It's unscented, great for sensitive skin, and absorbs quickly.

Retinol stimulates the production of collagen, even underneath your eyes. When collagen increases, the skin looks full and not as transparent.

This massage tool helps calm my eye bags, and opens up my pores to absorb creams and serums more efficiently.

I use this concealer almost every day. It's thick enough to hide my dark circles but light enough to give the appearance of wearing no makeup.

I always set my concealer with this peach-toned powder. It's so light, but does the job every time.