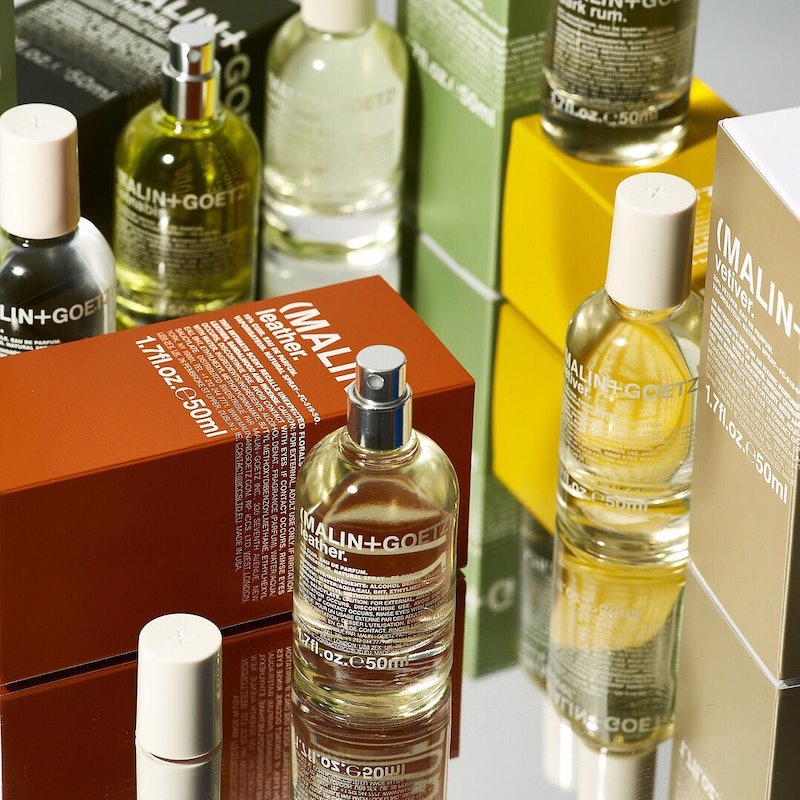 Many have had to adjust to a new normal in the wake of coronavirus. For me, specifically, this included unintentionally sharing a living space with my significant other. What started as an attempt to remain close and connected during the pandemic, slowly turned into what my grandmother would call "shacking up", resulting in the co-mingling of our everyday essentials. Over the next few months I realized that despite having a vanity stocked with some of the best brands on the market, the list of grooming products that I borrowed from my boyfriend was not only getting longer, but infiltrating my already well-curated beauty routine.

I've known my boyfriend for the last eight years, but learned so much about him over the last few months. First being that he's far from a skincare fanatic, but he understands the importance of taking care of oneself and that hygiene goes beyond just showering daily. He identifies as having "fairly oily skin" that's sensitive to harsh formulas and maintains a tight curl pattern thats low in porosity — or doesn't allow moisture to be absorbed as easily in the hair. But the biggest surprise was to see how meticulous of a routine he had created based on specific needs. What I appreciated most was how his lineup was thorough, but far from complicated. In fact, it just further proves that often times, less really is more, especially for those with reactive skin.

Some items, like the soft-bristle wave brush and cherry-flavored Chapstick, were a fixture in his medicine cabinet since our college days. While he had replaced his generic essentials with natural but trendy alternatives (think sea moss and African black soap). But then there were the products I never expected to find, like a dermaplaning roller. I'd never even thought about buying one for myself until I saw how seamlessly it worked into his daily routine.

I wasn't sold on his pared-back routine until I saw the end results — his clear skin and healthy hair. Now, I've incorporated... or, err, borrowed some of the same products. See them ahead.

Though my boyfriend introduced me to sea moss in the form of daily supplements, it inspired me to explore all the ways it could be used. As a result, I started looking into other ways that algae could be used. From promoting better gut health and digestion when ingested, to being applied topically as an anti-inflammatory, the laundry list of supposed benefits were reason enough to try it out for myself.

The dermaplaning roller is known to help treat acne scars, discoloration, and reduce dark circles. It's a trendy tool comprised of tiny needles meant to mimic that of the techniques used at your dermatologist. I use mine multiple times a week, paired with a lightweight serum — but those with more sensitive skin should use it less often.

Made from castor beans, the light-colored vegetable oil is enriched with fatty acids, which provide protein and nutrients that encourage hair growth. In an attempt to take better care of my hair during quarantine, I began using Jamaican castor oil around my edges to stimulate growth and add some shine.

I initially gifted my boyfriend this unisex scent, and he used it down to the last drop. Described by the brand as a "a modern scent that nods to the tradition of fragrancing artisanal leather goods," it's meant to shape itself to the wearer. Though a little more rustic than I typically go for in a perfume, I appreciate the vintage smell on myself just as much as I do on my boyfriend.

Using it both on his skin and in his hair for added moisture, my boyfriend swears by 100% raw shea butter. For those with especially dry skin, using raw shea butter instead of your average lotion could pose a lot more benefits than one would expect — including the reducing of inflammation and treatment of acne. With many products on the market to choose from, brands like Whippd Co. have perfected their natural formula, with the addition of ingredients like chamomile and Ylang Ylang essential oil for a calming edge.

This handmade soap, with a textured surface that doubles as an exfoliant, has been used in Africa for centuries. Other benefits include its antibacterial properties, which make it a great natural cleanser to fight hyperpigmentation. I personally switched to African black soap after learning it helped soothe unexpected eczema flare-ups and other skin conditions like psoriasis, too.

Even with a fully-stocked lipgloss collection, it's important for me to have a few classics in the mix like cherry Chapstick. Meant to hydrate and moisturize, rather than gloss and shine, it was nice to give my lips a break from my signature rouge. My boyfriend tends to buy the fan-favorite balm in packs of three (or more) in fear of losing a single stick, so he was blissfully unaware when I stashed one away for myself.

Like Jamaican castor oil, Indian hemp is a great way to repair damaged ends, restore shine, and promote growth for both men and women. After about four months of use, there was a noticeable difference in the appearance of my hair — it looked so much healthier.

A wave brush is a staple in almost every Black man's everyday lineup and after misplacing my own paddle brush, I began using one of the few he had laying around my apartment. The result: Smoother edges and fewer flyaways when my hair was in an updo.

As someone who relies on their daily cup of coffee, activated charcoal toothpaste is a great way to remove surface stains from your teeth, while helping whiten them in the process. This one from Hello is fluoride-free and completely vegan.