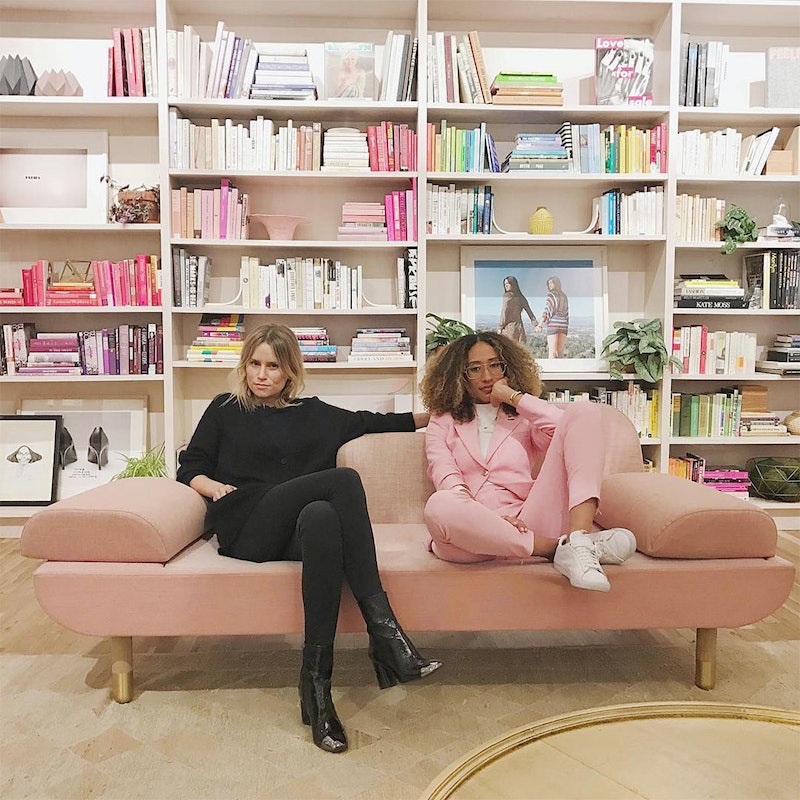 In between semesters at Carnegie Mellon University, engineering student Heather Thompson took a summer position in the algorithm department of an aerospace engineering firm. She was thrilled to be there: She’d spent the previous summer enduring comments about her hair and being called “sweetheart” by factory workers during her internship at an aluminum processing plant in rural Indiana, so the idea of working in an office environment appealed to her. Unfortunately, the sexist comments seemed to follow her no matter where she went—in one of the examples she shared, a male supervisor told her she was popular around the office, but he “wasn’t allowed to talk about why.”

After a summer of hard work, Heather sat across a table from that same supervisor for a review, which, again, did not go as expected.

“He basically told me I don’t have it in me to work in this field, and that he thought I would make a good pencil-pusher,” she says.

Disillusioned, Heather took a job in business consulting after she graduated with her Bachelor of Science in Engineering, effectively leaving the STEM (science, technology, engineering and mathematics) field before she could even get started.

Heather isn’t alone, far from it. It’s estimated that 40% of women who study engineering either leave the field or never enter it at all, and women quit jobs in tech at twice the rate that men do.

We hear all the time that there are so few women in STEM fields because, as children, girls are socialized to lean toward the arts and softer sciences, while boys are encouraged to study science and math. I experienced this dichotomy in my own life: Halfway through earning my journalism degree, I was surprised (like, genuinely surprised) to discover that I was good at math and had an affinity for stats and economics. Throughout high school, I had barely scraped by to meet minimum math requirements, and it had literally never occurred to me that I could do any better.

From coding camps for girls to toys like Goldieblox, we’re seeing a surge of programs meant to bolster female interest in STEM from a young age and expand the pipeline from school to the field. This is amazing, and anything we can do to encourage young girls to explore the full range of their skills and abilities earns my enthusiastic support. But what if the pipeline isn’t the problem? What if, after arriving, it’s just too unbearable for women to stay in the water?

“At CMU, my class was made up of 40 percent or 50 percent women, but in real life, that just didn’t translate.” Heather says. “I just didn’t love the work enough to tolerate all of those microagressions.”

“I am angry that things are no better for a 22-year-old at the beginning of her career than they were for me 25 years ago when I was just starting out,” she said.

In a study aptly titled “The Elephant in the Valley,” researchers polled more than 200 women in top positions at Silicon Valley tech firms. Nearly all of them reported sexist interactions—in fact, 87% received demeaning comments from male colleagues, 84% were told they were too aggressive, and 90% witnessed sexist or abusive behavior at industry events. Beyond the demeaning comments and critiques are the 60% of women in tech who have received unwanted sexual advances from coworkers or superiors, with one in three (one in three!) women having felt afraid for their personal safety in a work environment.

There are a dizzying number of factors forcing American women in all professions out of the workforce: Problems such as no paid maternity leave and the still-there-even-though-it’s-2017 wage gap are just the tip of the iceberg. Funnily enough, tech and other STEM-related companies are typically at the forefront of challenging these sexist social norms, from offering accommodating benefits for working mothers to enacting salary transparency policies.

Even with a wave of benefits meant to make the workplace more accessible and equitable for women, we’re still leaving STEM in droves. Climbing ladders loses its appeal if you’re forced to dodge sexism and harassment the whole way up. So what do we do about it?

For the rest of the article, check out The Everygirl