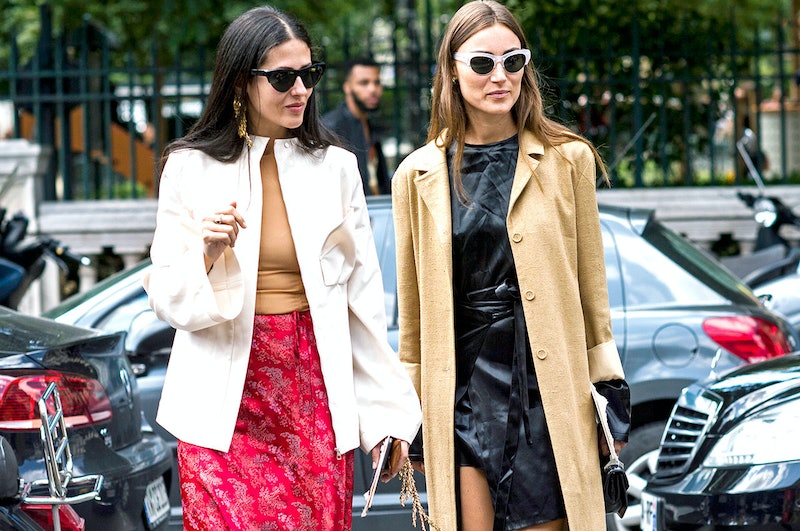 Office life is strange, no matter where you work—there are certain universal experiences built into the culture that you can’t help but find yourself a party to once you begin to clock in for a 9-to-5. What’s more, now that most offices have open floor plans, things have gotten even weirder. Here, 10 funny experiences you will 100% relate to if you work in a traditional office.

10 Funny Things All Office Workers Can Relate To

If someone brought in their leftover salad from last month and left it in the office kitchen for communal consumption, chances are you and your co-workers would at the very least consider eating it. There's something about working in an office that can be most readily compared to being an animal in the zoo—you're going to eat whatever drops in your cage and be really excited about it, too.

Let's be honest—lunch is basically the best part of your work day, even if you eat it at your desk. As soon as you get to work, then, you're apt to find yourself contemplating the day's big meal, a process which continues until after lunch, at which point you're inevitably somewhat disappointed about squandering your choice on whatever you chose.

We're not entirely sure why humans are perfectly capable of regulating the temperatures in their home environments but can't for whatever reason figure out how to keep an office space from turning into a refrigerator. We love the passive-aggressive a/c wars that tend to occur as a result—one co-worker, always dramatically donning a winter coat in the dead heat of summer, turns the temp up when no one is looking while another, constantly complaining about the resultant heat, returns the room to sub-zero temps whenever possible.

Can we all just agree that open office plans are the worst? It's impossible to concentrate in chaos, so tasks take a zillion times longer than they should—these setups have even been proven to decrease productivity! When you work in an open office, you'll perversely find it's far harder to tick off items on your to-do list over eight or nine hours worth of time than it is when you take the odd "sick day" off at home and dedicate, say, three hours to the same tasks.

No matter how much you've accomplished within your set work hours, you know you're being judged by co-workers (who also definitely want to leave on time) if you leave on time. In Denmark, they work 33 hours a week and have been shown to be both happier and more productive, but for some reason our culture has made it shameful to work smarter instead of longer. (In the interest of balance, it's far worse in Japan, where people are actually working themselves to death.)

You've probably also complained about them at some point.

The intentions behind an office happy hour are great—it's meant to enable employee bonding, reward workers for their efforts, et cetera. The reality of office happy hours is somewhat different, however. Most people don't want to extend the work day with an obligatory drink—they'd rather just do their work and get out of the office as soon as possible, whether they love their jobs or not.

This phenomenon owes its origins to American office culture as well, wherein sick is equated with lazy, and you should show your face in the office no matter what. With open office plans, this means we're making each other sicker than ever, but for some reason that hasn't stopped us from inexplicably bringing our various plagues into the office when this cool invention called the internet allows us to work just as well from home.

There are many great things about the freelance lifestyle, but the one element it inevitably misses out on is the camaraderie of a work place. Even if you never speak to your co-workers again after leaving a job, the bonds you form while working together are likely some of the most intimate of your life. Who else spends nine hours a day with you, five days a week? The answer is no one, unless you count the time during which you are unconscious each night. These relationships are underrated but significant, as they can give you a sense of belonging in a culture that generally prizes individuality over community, to the detriment of overall happiness.