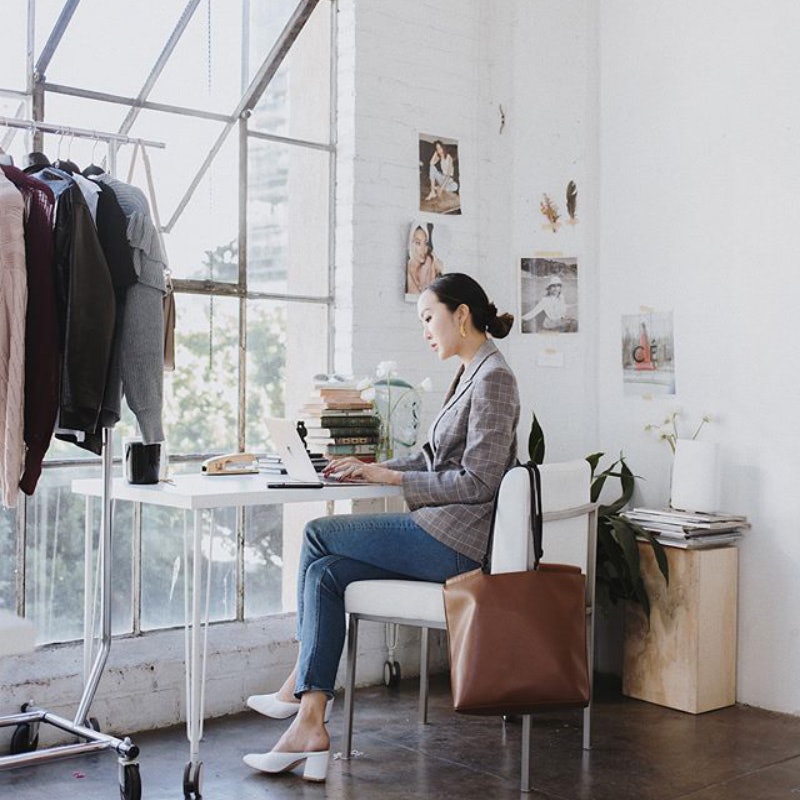 We don’t know about you, but at the beginning of a new year, we tend to find ourselves thinking about change. Sometimes, we find ourselves feeling a bit stagnant, and switching directions completely feels like the only way to reawaken our passion. If you’re thinking of making a major shift in careers but aren’t yet sure where to go, we’ve compiled a few ideas that earn big without being simultaneously torturous. Here, eight high-paying jobs you may actually (gasp!) enjoy.

We honestly couldn't tell you why we spend our days hunched over computers in an office rather than professionally drinking wine, especially given we now know that Master Sommeliers make between $80-$160k per year, according to Forbes. It's actually not as easy as it sounds to be counted among their ranks, as outlined here by The New Yorker , but we're more than willing to "sacrifice sleep, social lives and sanity" for the possibility of a lifetime spent earning good money while indulging in our favorite past time. Besides, advanced sommeliers—those who can't make it to master—still make around $78,000 per year, which is decent money given the rest of us drink for free almost every day.

According to US News & World Report , these professionals make a median salary of $153,780 per year, and the position requires less schooling than does that of an anesthesiologist. Sure, you'll have the daily burden of responsibility for peoples' lives, but just think of all the great Instagram Stories you'll get out of drugging people up on the regular. (Just kidding! Kind of.)

Another health-related career path we can't help but suggest if you live in a big city like San Fransisco or New York City? Becoming a doula, or labor coach. This person is tasked with providing emotional and educational support for expectant mothers, and they can charge up to $1500 an hour. Additional perks of the position include being your own boss, making a lot of new friends, and getting to sleep at night knowing you assisted in the miracle of life (without having to do any of the gross stuff).

According to CNN, yoga instructors make an average of around $62k annually, with an upper tier of instructors taking home over $100k per year. Nothing good in life comes easy, of course, and building a sustainable, lucrative business as a yoga instructor takes a combination of hard work, exhaustive networking and physical stamina. Insider tip: It's all about the private sessions if you want to earn big!

According to Glassdoor, special agents in the FBI make an annual salary of $127,641 per year. We were intrigued by this information, so we decided to look up exactly what it takes to become a special agent. Turns out, it's not as intense as it sounds, but you must qualify for one of the following FBI Special Agent Entry Programs: language, law, accounting, computer science/information technology or diversified. Sadly, we don't, but we're not sure it matters as it's doubtful we would have passed the credit check portion of the program anyway (thanks, Net-A-Porter).

When we meet an Art Director, we're always a bit jealous. After all, their job is basically a dream—it's semi-ambiguous, creative and, apparently, well paid. According to Business Insider, Art Directors make an average of $96,650 a year. We're currently inspired by the success of 26-year-old Carlota Guerrero, who works as an art director for Solange Knowles and was largely responsible for the creation of her badass new book.

According to WWD, well-known bloggers are making between $1M and $3M a year. (No, that is not a misprint.) They get paid between $5k and $25,000 per Instagram, which is work the rest of us schmucks do for free. While being one of these top-tier bloggers is not actually easy work, given the sheer amount of professional-grade content the job entails creating, but you'd still be hard-pressed to find another job that pays as well for creative efforts, allows you to be your own boss and involves being showered in free stuff.

Okay, so the median salary for a librarian is $47,936 per year, with averages slightly higher in some metropolitan areas (it's $55,011 in Los Angeles). This isn't a ton of money—plus, you'll have to shill out for a Master's Degree in Library and Information Science—but hear us out on this one. If you're an artist, writer, musician, etcetera who is looking for a steady paycheck and a lot of spare time for creative mind-wandering—or, you just love books—we think this job could actually be amazing. It's also probably the one job at which it's 100% acceptable to read a book when bored.