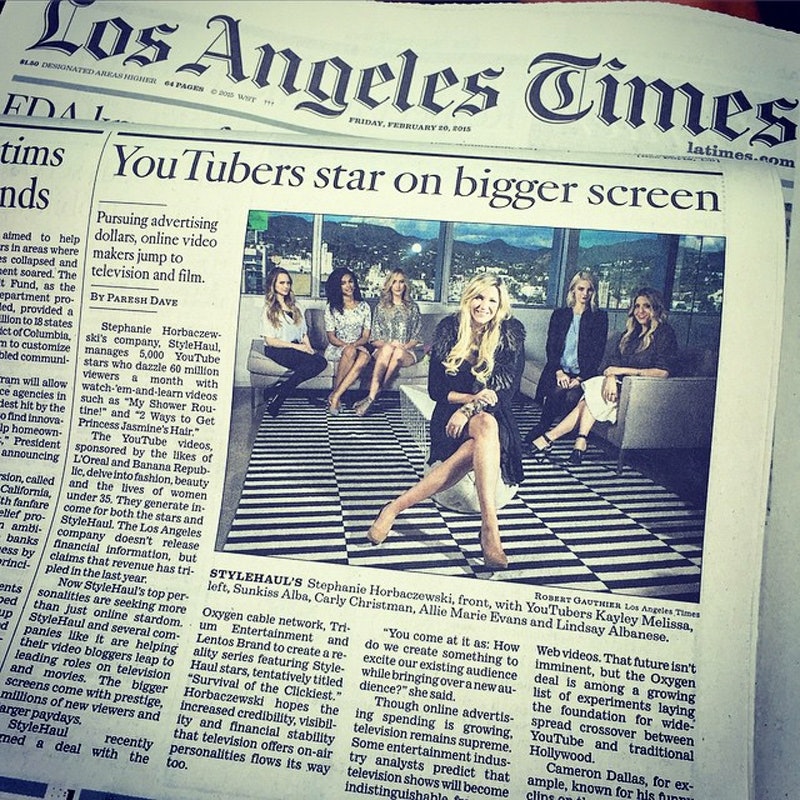 It’s not uncommon to wake up in your late 20s or early 30s wondering how exactly you managed to get stuck on whatever career path you picked—potentially at random—a decade prior. While it can be daunting to make a drastic shift so late in the game (no one wants to start from the bottom rung of any ladder in their 30s), we would argue that it’s far better to sign on for a little struggle in starting over than it is to hang on to something that isn’t working for you out of fear. To this end, we’ve enlisted some words of wisdom from Stephanie Horbaczewski, an entrepreneur whose risky, mid-30s career change paid off in spades: She left a steady job to launch Stylehaul, which is now the largest global style community of content creators and one of those rare startup success stories that was acquired after just a few years in business. Here’s how she did it. (And how you can, too!)

How To Make A Major Career Change

Let passion defy reason—then work harder than you ever thought you could.

"I read an article about short, online video in 2009 and everything changed for me. Against all advice, reason and even logistics like money, I started my long journey to StyleHaul on that day."

It's ok to quit, but not before you have the majority of pieces you need in place.

"I quit. I left my amazing job at Saks and bought a one-way ticket to LA. I didn't have a company/team/fully fleshed vision yet, but I had the passion/idea and I'd found the partner—a well-established, founding godfather of the digital space [Allen DeBevoise, founder of Machinima, a YouTube gaming network]. Go right to the top, if you can."

"You're changing your path 10 years into the careers of the people you now want to be. Roger Federer can't hit against a wall—he needs someone just as skilled as he is to play against him, but also someone who is motivated to make him better. You need the same. I found mine in one of my investors, but it can be a friend, mentor, career coach, colleague, family member, etc. Find someone willing to drill balls at you until you're unbeatable."

"People will remind you all the time that you don't have experience in your new career path, or say that you can't catch up and succeed. Remember to embrace what feels like delusion and just know confidently that, in fact, you can."

Get by with a little help from your friends.

"Surround yourself with the best friends and family who believe in this new career path (or pretend they do really convincingly). You will need a hug, reminders you can and will do this, maybe a short-term loan or even a place to crash during this temporary period at the beginning of your brave leap of faith. Ride-or-die best friends come in very handy."