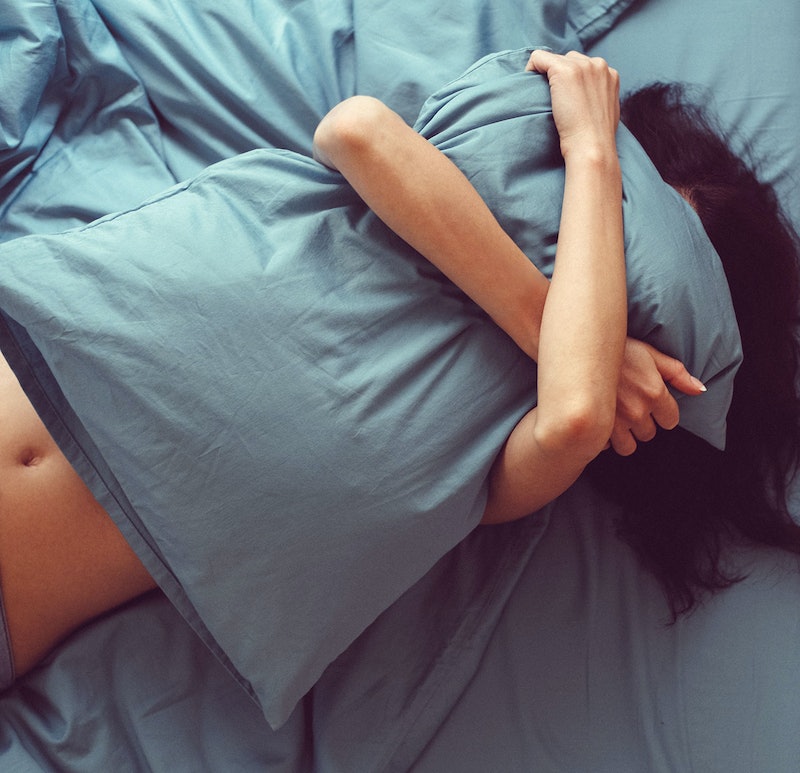 If you feel like you’re going to die right now—shots, however 4th of July-themed they may be, are never a good idea on a Tuesday—we’re here to assure you that it’s all going to be okay. You will live to see the sun set on July fifth, and find yourself snuggled back in bed with an old episode of Friends before you know it. In the interim, you’re going to need not only to survive but to appear to thrive, as hangovers are not a good look in the work place. Here, a few tips for getting yourself through to the bell’s toll this evening, so that you can then return to the crypt from which you, early this morning, rose.

If you can't yet stomach water, we suggest trying Sprite, which contains an enzyme that turns acetaldehyde into acetate (read: is scientifically proven to help you feel better, fast). Chase this with a caffeine-and-aspirin cocktail, which science has also condoned for the helping of hangovers.

Alcohol consumption lowers your blood sugar, so you'll want to regulate those levels by noshing on a bagel or some such baked good. Also helpful? Eggs, which contain an amino acid that breaks down hangover-causing toxins. Resist the urge to add bacon into the mix, however, as grease does better in preventing hangovers than it does in curing them. Serve your sandwich with a side of banana for some much-needed, post-booze potassium.

So far, so good? Glad to hear it, as this means you're now ready to help your body relieve itself of some of the toxins currently poisoning your will to live, via sweat. If you can't find time and energy for a full-on workout, however, try starting instead with a short walk. Even mild exercise stimulates the release of endorphins, which will make you feel better ASAP.

Today is all about survival, so we suggest you move anything that's not absolutely urgent on your to-do list to tomorrow—you won't get fired. (If you can keep a low profile and simply file emails/text your friends all day, that would obviously be preferable.) Now, prioritize what remains in order of descending importance. Believe it or not, this is the most alert you will feel all day (sorry), so you'll want to get the most critical and challenging tasks accomplished first and foremost.

Now, you know whether or not you could get fired for having a drink at lunch. If the answer is "maybe," then please just suffer in silence for the rest of the afternoon (sorry). If the answer is a definitive "no," then we suggest you try a little hair of the dog midday. It may not up your productivity, but it will make it easier to survive those dreadful, dragging afternoon hours. Some (questionable?) science says this is the only way, ultimately, to feel better, and we're choosing to believe it. Just remember that the idea is to have enough to feel better, but not so much that you'll be hungover again tomorrow.

At this point, you're feeling better but aren't really equipped to partake in any heavy duty intellectual tasks. Instead, tackle mindless chores (e.g. anything involving a spreadsheet) you've been de-prioritizing for months. This way, you'll avoid being a total waste of space while simultaneously setting yourself up to balance out your post-Halloween productivity deficit later in the week.