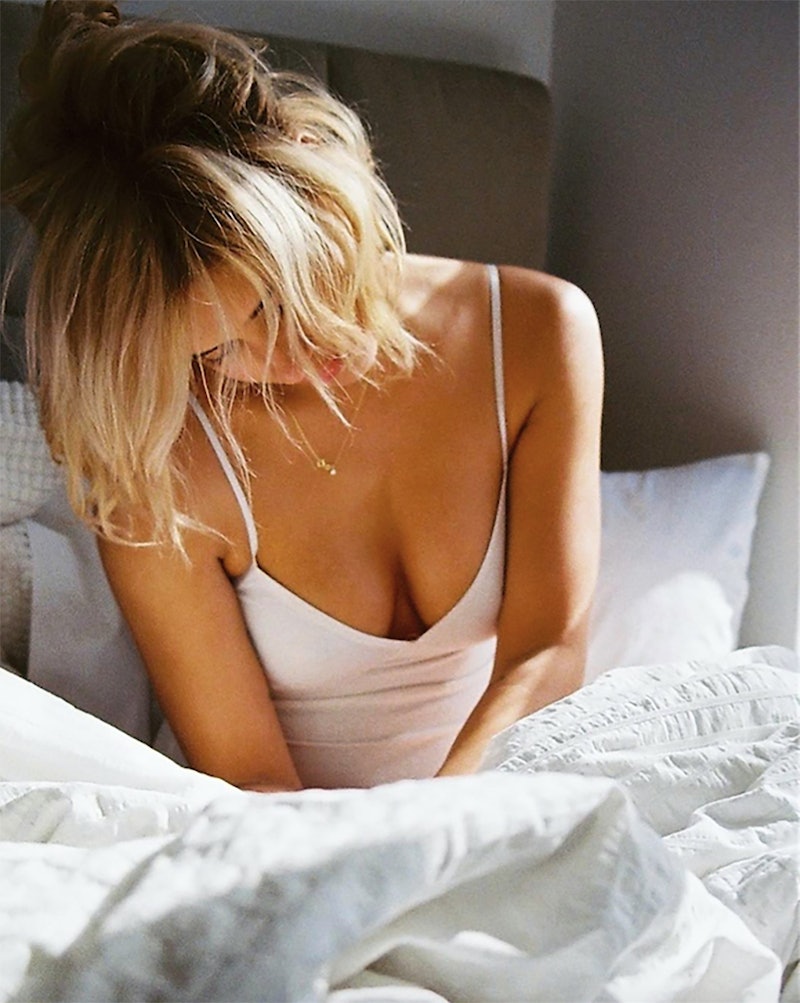 I’m an anxious person. Whenever I’m not occupied, my mind constantly scans my diverse to-do list, a curse with which I know I’m not uniquely plagued. Over the years I’ve found that exercising, writing and compartmentalizing help a little, but it’s just kind of something I’ve learned to live with—for the most part. (I can see my boyfriend shaking his head in disagreement.) The most infuriating part is the point at which it spirals out of control—always in the middle of the night, disrupting any chance I have at getting rest, which helps one deal with anxiety, and therein lies the vicious cycle. Yes, it’s a type of insomnia, and yes, it is debilitating.

I’ve tried meds, I’ve tried changing my diet, and yes, I’ve tried therapy. Nothing has worked, and I know I’m not alone. But a few weeks ago, I started meditating. Stay with me here, I don’t have a shaman or a crystal collection or any other stereotypical California hippie stuff you’re imagining. It took hearing a few guy friends—one of whom has a flourishing career in film production and one who started his own wildly successful razor company—sing meditation’s stress-relieving praises for me to actually believe it wasn’t a self-indulgent waste of time. They’re both business savvy and practical, so I figured it must really move the needle.

I downloaded Headspace, mainly because our lifestyle editor references it as a great point of entry into the expansive (and ancient) practice, and resolved to follow its 10-day challenge. The app walks you through each 10-minute session in a realistic, non-patronizing way—and the guy’s British accent doesn’t hurt. I use it at night as a segue between whatever screen I’ve been glued to and getting into bed. It describes thoughts as cars passing you by as you sit roadside. You have the option to watch and acknowledge them, or jump into traffic and chase them. Unsurprisingly, the goal is to watch them and resist the urge to jump into traffic. I’m not perfect at it, but I’ve already noticed a real impact. I’m not rehearsing a mantra or actively disconnecting from thoughts during the day. I’m literally just doing 10 minutes of meditation before bed, and I genuinely feel calmer. More importantly, I’m actually sleeping through the night. And I’m a little less inclined toward road rage during the day, although one could argue that’s because I’m less exhausted. Regardless, if setting aside 10 minutes before bed can help you get better sleep and a better handle on your anxiety, isn’t that time well spent?