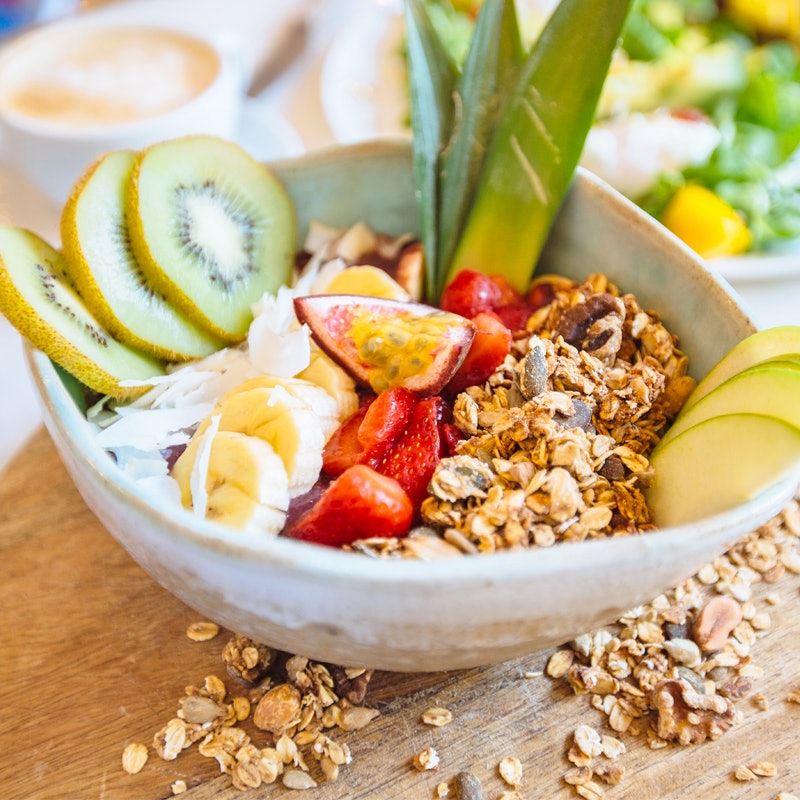 Most people aren’t exactly leaping out of bed when their alarm clock goes off—especially on the weekends. (Um, the snooze button exists for a reason, right?) But a new study published in Obesity Society found a pretty compelling reason for trading sleeping in for a rise-and-shine routine: It turns out morning people make better food choices.

Researchers studied data from 2,000 randomly chosen people and found that those who woke up earlier not only ate more nutrient-dense breakfasts, but continued to eat healthier throughout the entire day, up until bedtime. Their night owl counterparts? Not so much. Participants who slept in tended to eat less protein and more food high in sugar. They also ate twice as much.

“What this new study shows is that our biological clocks not only affect our metabolism but also what we choose to eat,” says Courtney Peterson, PhD, an assistant professor for the University of Alabama at Birmingham. (She specializes in nutrition science and was one of the study’s head researchers.)

It’s a lot to digest, but Peterson and her team uncovered another big finding—and it has to do with exercise: People who woke up later also weren’t as physically active and had more trouble sleeping than the early risers.

As you contemplate a breakup with your snooze button, hopefully you’ll find some comfort in the silver lining to this study. After all, it doesn’t say anything about naps.

Here’s how to become a morning person without being cranky—after all, it will free up some time for this awesome a.m. exercise routine.