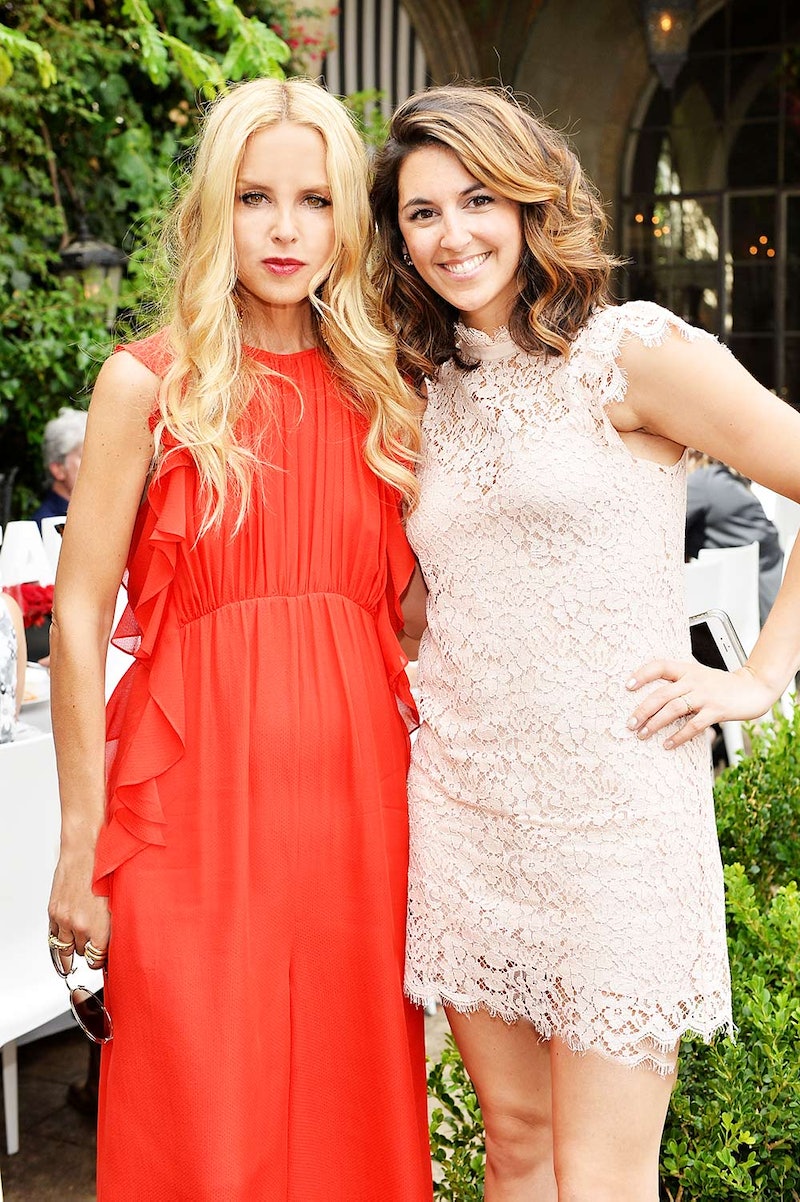 In late September of 2016, our Editor-In-Chief Rachel Zoe returned from a Revlon women’s health luncheon glowing with admiration for the event’s speaker, Kara Dolce. Kara, who coincidentally attended the event wearing the “Kara Dress” from the Rachel Zoe collection, was diagnosed with breast cancer at the age of 26. After fighting—and winning!—a fearless battle against the terrifying disease, Kara launched Fighting Pretty, a non-profit organization dedicated to helping women with cancer thrive as they survive. We spoke to Kara by phone about her experience with cancer, why she started Fighting Pretty and the power of telling yourself how amazing you are.

TZR: Describe the experience of your diagnosis.

KD: I was 26 and living the Sex and the City life in New York. My grandmother had breast cancer, and even though she didn’t die from it, her death triggered to me do a self-exam. I found a lump, but when I went to my doctor, she told me that I was much too young for cancer, and that I should come back in a month if the lump hadn’t gone away. I pushed her for a biopsy, and sure enough, I got a call one day later telling me that I had breast cancer. They didn’t know what stage it was yet, but I decided to do a double mastectomy. After, we found out it was stage III.

KD: I had to have full chemotherapy and radiation. I also took a drug called Herceptin—Dr. Dennis Slamon, the doctor who invented it, was the honoree of the luncheon at which I met Rachel (Zoe). At first, the treatments caused me to lose confidence—when you lose your eyelashes, eyebrows and hair, you feel like less of a woman. Then, something clicked inside of me that was like, “You’re amazing. You can do this.” I went through eight rounds of chemo and a month of radiation, and I was determined to feel strong and beautiful throughout. I would put makeup on to go to my treatments, and be wearing bright pink lipstick and blush. People would ask how I managed to look so good, and I would say “I am trying to feel like a human being and not a cancer patient.”

TZR: How did Fighting Pretty evolve from that idea?

KD: When I was sick, someone gave me a miniature pair of pink boxing gloves. I held onto them throughout my journey, and they helped to remind me that I was kickass and amazing and beautiful. Three years later, I heard that a family friend was dealing with cancer, so I passed the gloves on to her, along with lipstick and other accessories. She didn’t even know me. That was my first Fighting Pretty box. That woman passed them on to another woman, who passed them on to another woman, and so on. I decided, after sending that initial box, that I could start this as a non-profit organization.

Everything that I do with Fighting Pretty is in an effort to help these women feel strong and pretty. If there’s a fundraiser, I ask if we can do it at a nail salon, for example. When my grandma was fighting cancer and was so sick, she used to have her nail woman come in every week because she didn’t want to look at her face, but she would still look at her nails.

KD: It’s a bright pink box filled with accessories, beauty products and other donated items as well as a pair of mini pink boxing gloves. We try to personalize the boxes based on information the requestor sends us about the patient.

A month after one of our box recipients, Beverly, passed, her husband reached out to me and told me that he had only ever seen her cry twice—once when they got married, and once when she received the package. It’s incredible that it meant so much to her. There was another girl whose mom passed away, and because those gloves were with her through her whole journey, they gave her one glove in the casket and kept one with them. These are sad stories, but I feel honored to have been able to help them through their journey.

TZR: What is the one thing you’re most grateful for in the aftermath of all of this?

KD: I’m so grateful for the people in my life and the strength they gave me to keep fighting. My husband was such a big part of it, and so was my mom, because she took me to every appointment and to every treatment. My friends would come up on the weekends to visit and keep my spirits up. Even my job was so great and understanding. It also helped that my family and friends did not really treat me like a cancer patient.

TZR: What advice would you give to a woman currently fighting cancer?

My message is to stay strong and believe in yourself. You may not have a choice about how hard it will be on your body, but you do have a choice about how you’re going to face the disease. You can say, “Okay, I’m going to grow my hair into a mohawk or buy a blonde wig—whatever it takes to feel good.” That said, there’s no right way to do it. If you want to sit in your room, that’s your choice. It’s hard. I like to say there’s light at the end of the tunnel, but it’s hard to say that when people are really sick.

Little cheesy things worked for me. I would look at myself in the mirror and try to find a face that I recognized. Even though I had lost my eyebrows and my eyelashes, my eyes were still in there, and my soul was still in there, and I wasn’t going to let cancer define me. Instead, I decided I was going to "fake it ‘til i make it." If my friends were having a party, I was going to go to that party. And if it was 95 degrees out, I wasn’t going to wear a wig. I was going to show up to the party and rock it, and because I wasn’t able to show off my luscious hair, I’d show off my legs or whatever. I just decided to own it. I would also make playlists full of “power songs,” and whenever I was like “I can’t believe this is happening to me,” I would look in my rearview mirror and say “you’re amazing, don’t lose sight of that.” Also, don't forget to celebrate the small stuff, even if it’s just like “I finished my third treatment, let’s go out for pizza.”

Ultimately, I would say just love yourself first and foremost—breasts or no breasts, hair or no hair. Remember who you are.