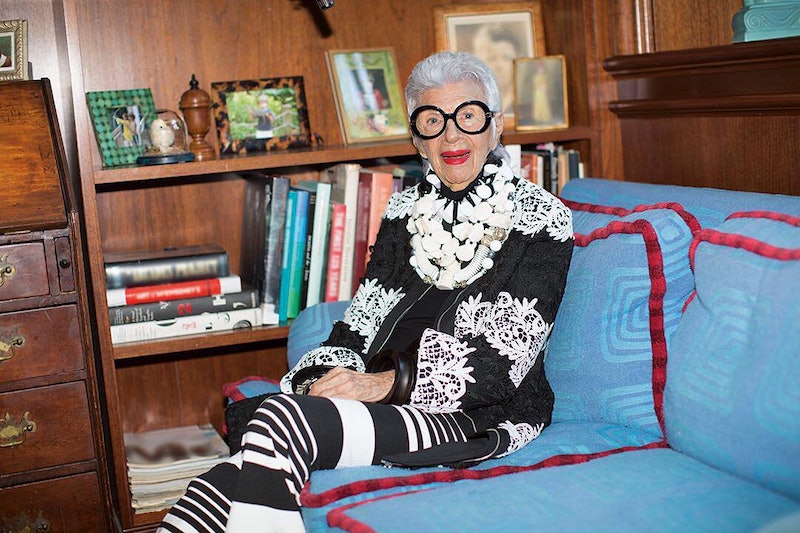 We’re headquartered in Los Angeles, where people want to live forever and look like they’re 20 until they die. Some of what we do to get there works (exercise, not smoking), while the rest of it does not (ahem, fillers). While we don’t think there’s any way to look young forever, living a long life is a different story. Here, nine things all people who live to be in their 100s have in common.

We figure this is because once the men die, women are finally free to be themselves, and life becomes, at long last, worth living. Just kidding, but it's true that in 2010, 82.8% of centenarians were female.

Nearly 90% of centenarians in 2010 live in urban settings, so if you were planning to retire to Costa Rica (ahem, Mom) you might want to reconsider.

Well, we've got one out of two. Can't win 'em all. Here, some tips for seeing the glass half full, even when the world (and the news) makes it hard to do so.

Okay, so we don't know yet that this demo will live to be 100 in greater numbers than we do (nuclear winter is coming, after all). But, research suggests that the average lifespan of those born in the early 2000s and after will be 20 years longer than that of the rest of us. We're pretty sure they omitted the part of the study which proved this was somehow due to the existence of Britney Spears.

To be fair, we have some centenarians here in America—they live mainly in the Midwest and Northeast. Somewhat surprisingly, though, the UK and France have more than we do, which makes us wonder if we shouldn't replace our green juice with a cigarette and a pint. (Kidding! Smoking kills!) The country with by far the most centenarians, however, is Japan. Many attribute this to their diet, but if you've ever been to Japan you probably can't help but wonder, as we do, if it doesn't instead have to do with the (generalized, of course) calmer pace of life.

A 2010 study found that those with lots of social connections were 50% more likely to live longer than those who didn't. No word yet if this applies to introverts.

A study of octogenarians in Japan showed that they were active in ways that didn't involve the gym, like gardening. However you get your movements in, though, the important thing is that you're not sedentary. The Centers for Disease Control and Prevention found that those who are active for seven hours a week are 40% more likely to live long lives than those who aren't.

Or rather, a study of octogenarians in Japan showed that they had a few dietary practices in common: They ate low-fat diets stocked with veggies, and they practiced hara hachi bu, which means ceasing to eat once you're 80% full.

Agnes Fenton, 110, is a real woman-to-watch. She attributes her longevity to drinking three bottles of Miller High Life per day. Once again, we're questioning the thousands of dollars we spend per year on fancy pressed juices...