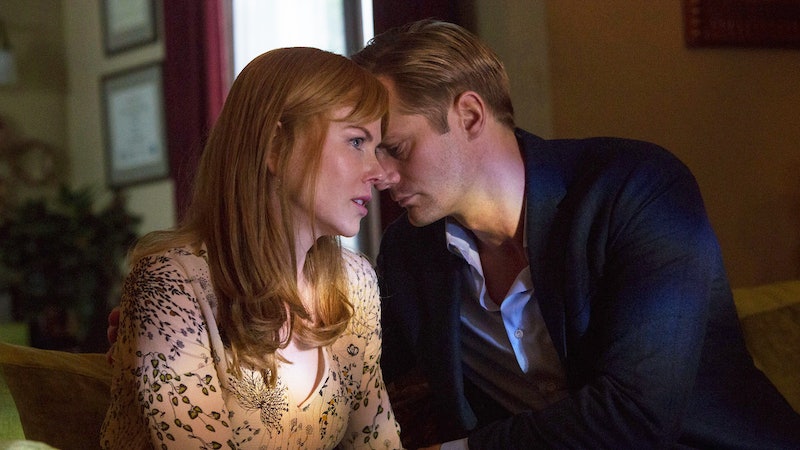 Our lives—much like our closets, garages, attics and other catchall storage areas—can become cluttered over time with things that don’t serve us. Sometimes we think we need to hold onto things we’ve accumulated, no matter how useless or, in some cases, toxic they may have become. Just as you would—or should, anyway—do a thorough sweep of your house once a year to rid yourself of unwanted or unnecessary objects taking up space, you should do the same for your life, ridding it of toxic relationships and other unhealthy behaviors and interactions that may be holding you back from being the best you. Here is our guide to the type of cleaning house that will change your life.

IDENTIFY THE RELATIONSHIP AS TOXIC

Every so often, you'll experience an epiphany in which you realize that a friendship actually leaves you feeling bad more often than it does good. Sometimes, you can adjust these friendships over a couple of wine-fueled sob-fests. Other times, however, the dynamic is simply too dysfunctional to be righted into something worth your while; friendships are by choice, after all, and you don't have to stay involved with someone who is a negative influence on your overall health and happiness. Signs of toxicity include constant one-upmanship or one-sided competition; insidious, passive-aggressive condescension or critique; uncomfortable feelings around including the friend in social situations; doing things you wouldn't otherwise do because of the friend; incessant feelings of judgment from the friend; and consistent negative feedback on the friend from others close to you. Here are 3 steps to take to eliminate a relationship you’ve identified as toxic.

1. Have the uncomfortable conversation. You're not going to want to do it, but you can't ghost a best friend. Remember, it's the dynamic that's toxic, not the person, which means they likely feel the same way you do about the relationship, even if they haven't yet come to terms with that fact. This mindset is helpful in your approach as well, as it will prevent you from blaming your friend in favor of identifying the ways in which your dynamic is broken.

2. After you've been honest with your friend, make peace with your decision no matter what happens. Your friend may gossip about you behind your back in order to feel better about the situation, but it shouldn't matter if she does. That type of behavior makes her look bad, not you (as long as you're not doing it as well).

3. Be your own best friend. You may feel bad for your friend or guilty for cutting her out of your life; however, what about you? There's a reason you decided to end the friendship, and don't forget it. You wouldn't stay in a bad romantic relationship because you felt bad for the other person (we hope!). This is no different.

We all keep them around at one point or another in our lives: the Mr. Big types, the men who jerk us back and forth and back and forth until we feel crazy, and are crazy, because continuing to let a man emotionally abuse you in this way is nuts. Spoiler alert: Unlike SATC, your Mr. Big is unlikely to one day decide he loves you. It just doesn't work like that. If he's constantly treating you like he can take you or leave you, it's because he can, and eventually, he will (leave you, that is).

Science explains our addiction to these men. According to studies, rejection by a "Mr. Big" fires up the same part of your brain that lights up when you have a craving for something you're addicted to. This means that if you want to rid your life of this toxic relationship so that you can move on to being with someone who actually wants to be with you, you need to treat him as you would any other bad habit. Quit cold turkey. No calls, texts, voicemails, social media notes or drive-by stalkings. This one exceedingly difficult step is the only way out. He will try to get you back, but only in the way he had you before. You deserve better.

Science has shown that hate-following someone can actually make you feel better; however, that assumes you're feeling bad to begin with. We suggest aiming to live a life that doesn't require hate-follows, and that you stop following any and all people whose feeds elicit negative feelings regardless of who they are to you in real life. It will be hard to cut the cord, and you may miss the hate-rush at first, but eventually you'll feel less anxious overall if you only follow feeds that make you feel positive. This includes cutting the cord on the Instagrams of ex-boyfriends, their new girlfriends, that guy who ghosted you after one date, and ex-besties.

A great trick for replacing these behaviors over time—which we learned from You Are Not Your Brain—is this: Every time you feel the urge to go down an unhealthy social media rabbit hole, do something else instead. Our trick? Five minutes of DuoLingo. It may sound hokey, but it works and, depending on how social-media-obsessed you are, you'll be fluent in French in no time.

We're leaning on the You Are Not Your Brain technique for this one, too. Though suggested for treating anxiety, this four-step process will help you kick any bad habit, including smoking, excessive drinking, etc.

1. Identify your trigger. Do you reach for a glass when you're stressed or depressed? Or is it certain situations or friends that provoke the unwanted behavior? Figure out when and where you're most likely to engage in the undesirable behavior.

2. Now that you've identified these triggers, you can behave more consciously. Say your trigger for smoking is feelings of anxiousness. The next time you feel anxious, identify it as a trigger for smoking and replace smoking with another behavior. Go for a run, call a friend, do yoga, play a video game or even dig into an adult coloring book.

3. Don't try to eliminate the usual sequence of thoughts right out of the gate. This new training takes time to replace the old, and if you're trying to tell yourself not to think about a drink, all you'll think about is a drink. It's important you just focus on the steps—having the negative feeling or thought, identifying what behavior it's triggering you to engage in and engaging in another behavior instead. Over time, the second behavior will become first nature.

4. Remember those triggers we were talking about earlier? Some of those can be easily eliminated by making simple changes to your environment. Is it a toxic friend that makes you anxious and leads you to drink too much? Stop hanging out with that friend. Do you only smoke with cocktails? It might make sense to cut the cocktails while you're trying to quit smoking. Once you've kicked the habit, you can pop a cork to celebrate.

Negative thoughts plague all of us to different degrees. Some people are more prone to negativity through a combination of nature and nurture, but life can change dramatically when these negative thoughts are replaced by more positive ones. We love this strategy for dealing with those not-so-nice voices in your head by asking the following questions about each one.

1. Is the thought true? Example: I feel like I'm going to get fired.

2. Am I absolutely sure it's true? Example: Well, no, I don't have any proof yet. But they're making cuts, and my boss seemed mad at me yesterday.

3. How do I feel when I think that thought? Example: I feel stressed and distracted and demoralized.

4. Who would I be without this thought? Example: I'd be a person who enjoys their job and who is looking forward to the plans I have tonight after a good day's work.

Now, it's time for the turnaround. In this step, you replace the negative thought with the opposite thought, and then provide yourself with evidence the positive version may be true. Example: I am not going to get fired from my job. Last week, my boss made a comment about how much she loves my work. They wouldn't fire me without some sort of formal negative feedback. I'm scheduled to present at that big conference on behalf of the team next month.

This process may seem like a tedious and time-consuming way to attack every negative thought in your life, but it works. (Note: If you find that these types of tricks do not work at all to combat negative thinking, you may want to seek a physician's care.)

If this sounds like mumbo jumbo to you, check out this article on relaxing into the timing of your life as a form of radical acceptance-lite.

A Lack Of Gratitude

Some of us (ahem, this editor's hand is raised) have a weird aversion to abundance. Perhaps it's a self-esteem thing or something learned from childhood (if only we had the money—see?—to delve deep in therapy), but whatever the cause, we know we perversely love to feel lacking. If this also pertains to you, gratitude lists can be immensely helpful. Keep track of what you gain on a daily basis instead of focusing on what you don't. Other things that help include getting organized (your finances, your home space—really top to bottom), paying off debts (start small if you don't have much to spare), gifting others whenever possible (homemade presents count!) and looking at shortages as opportunities to push yourself to the next phase of life.