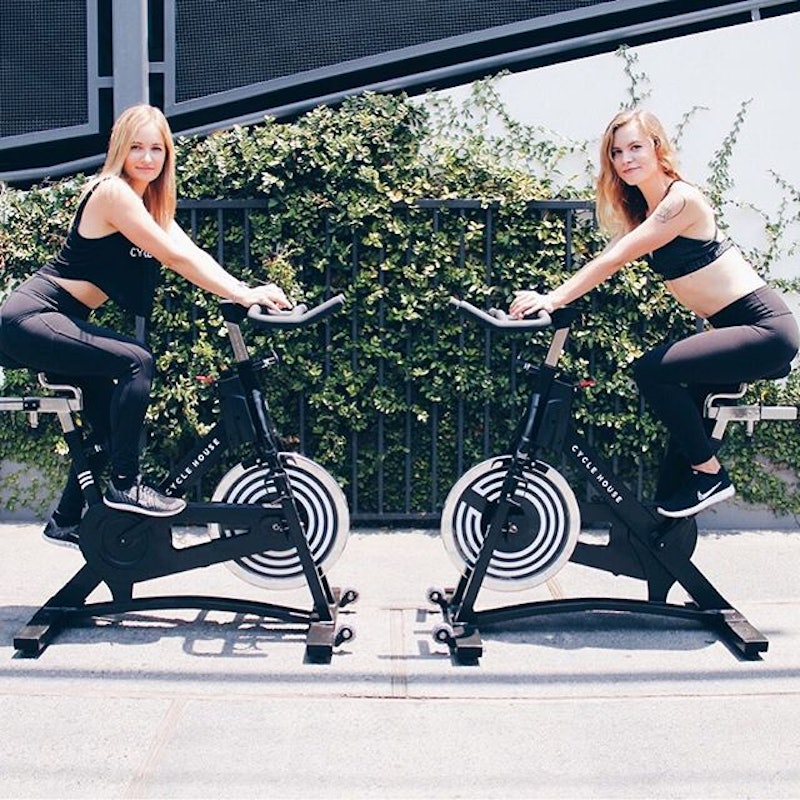 We’re admitted television addicts, so much so that we recently tried—and failed—to cut the cord cold turkey so we could potentially accomplish something instead of watching Netflix from one to 500 hours a day. We attempted a second experiment that stipulated we could only watch TV if we were simultaneously doing something productive, e.g., cleaning up or doing crunches. Spoiler alert: We failed again. So, when we saw that someone, somewhere has invented an exercise bike that turns the TV off if you slow or stop cycling, we immediately wanted to know how to get our hands on one.

Ronan Byrne, the inventor of the ingenious contraption known as Cycflix, created the bike in the process of teaching himself to code, and the way it works is as follows—it’s rigged to his computer, and once he’s told it how long he wants to cycle, and how fast he wants to pedal, he simply chooses a video that will play only if he maintains his goal speed. If he slows or stops, the program will give him a warning and pause the video. Did we mention how badly we need this in our lives? Some people exercise to feel healthy or confident or whatever, but none of these things motivate us nearly so much as the potential restriction of our access to television programming. Unfortunately, the bike is not something Ronan is selling. Instead, he’s released instructions on how to build it, which is good news if you can code and bad news if you can’t. Check out the video below.