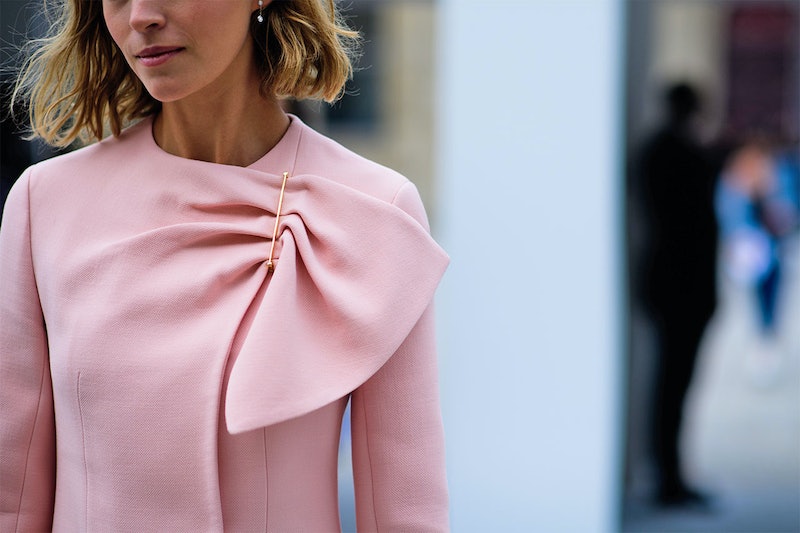 In the process of researching our comprehensive guide for Breast Cancer Awareness Month, we stumbled upon a procedure called the one-stage, nipple-sparing breast reconstruction which can, we discovered, be life-changing for mastectomy patients and the way they feel about their femininity post-surgery. And yet, most are not even offered the option to undergo it. We spoke with Dr. Wendy Cassileth, the Clinical Chief of the Division of Plastic Surgery at Cedars-Sinai hospital, about why she pioneered this procedure. Here, everything you need to know about the surgery, including the disturbing reality of why many men don’t think we need access to it.

The Surgery Every Feminist Needs To Know About

WC: Most surgeons cut across the areola—you cut the nipple and areola out, and you want to—they want to—close it in a line. So, patients end up with a horizontal line across their breast that’s five or six inches long. Once you cut all of that skin away, you can’t get over that, ever. It can never look like a normal breast at that point. At best you can do a nipple reconstruction, and then there’s a scar behind it. How about, let’s not do all of that? How about patients wake up with a breast instead? It’s not rocket science."

According to Dr. Cassileth's website the procedure, "starts with a mastectomy performed through a very small incision rather than the large across-the-breast scar that used to be the norm. The breast implant is placed during the mastectomy surgery, eliminating the need for painful and prolonged tissue expander appointments. Dr. Cassileth uses a natural collagen substance called acellular dermal matrix, or ADM to create an internal bra to support the implant. With this method, the breast can be recreated in a more natural position than typical breast reconstruction, and looks good even immediately after the surgery. Dr. Cassileth's technique yields a very symmetric cosmetic result, and can produce virtually any desired breast size. The final scar is minimal, or it may even be completely absent. The results are beautiful, natural-looking breasts."

The bottom line? With Dr. Cassileth's technique, reconstruction takes place on the same day as the mastectomy (as opposed to months later), scarring is minimal compared to traditional reconstructions and, in most cases, the patient's original nipples can be spared.

WC: "I’ve been told that insurance reimbursements are so low that it’s not worth the extra time it’ll take surgeons to do it that way. Or, if i’m in an academic institution, they’ll say, "I’m working with residents and fellows, and they need to learn it a regular way first." One of them even said to me, “I’ve had thousands of these patients over the years, and they don’t care.” My jaw just dropped. To imply that women don’t care is to be completely blind to mastectomy patients. They absolutely care—(with a traditional mastectomy) you don’t look like you did before, and you don’t feel like you did before. If we have the ability to not do that to patients, we shouldn’t be doing it. Am I a crazy feminist for saying that? I mean, it’s a very clear moral imperative. It’s very hard to make an argument any other way. The reality is, however, it’s a technically more difficult surgery to perform. I think what happens to surgeons is that when they start doing a procedure over and over again, and they do it safely, it’s very hard to get them to try something different."

WC: "I was in this meeting with a group of surgeons, and one of them (a man) said, "These people are just crazy, they want to keep their nipples!" And I said, "Who else in this room, if they had this diagnosis (we were talking about a specific patient), would have a bilateral prophylactic nipple-sparing mastectomy?" I put my hand up, and every woman put her hand up, and the guys just sat their with their jaws on the floor—like we had stabbed them in the back or something.

For women who have breast cancer, it’s really about insisting on a nipple-sparing mastectomy and a one-step result, even if you’re not offered it. A lot of women are told "you’re not a candidate.” Well, why not? Because the surgeon doesn’t do the procedure. If the consumer pressure is there, if we insist on this, then surgeons will be trained in this technique, and we’re going to win."