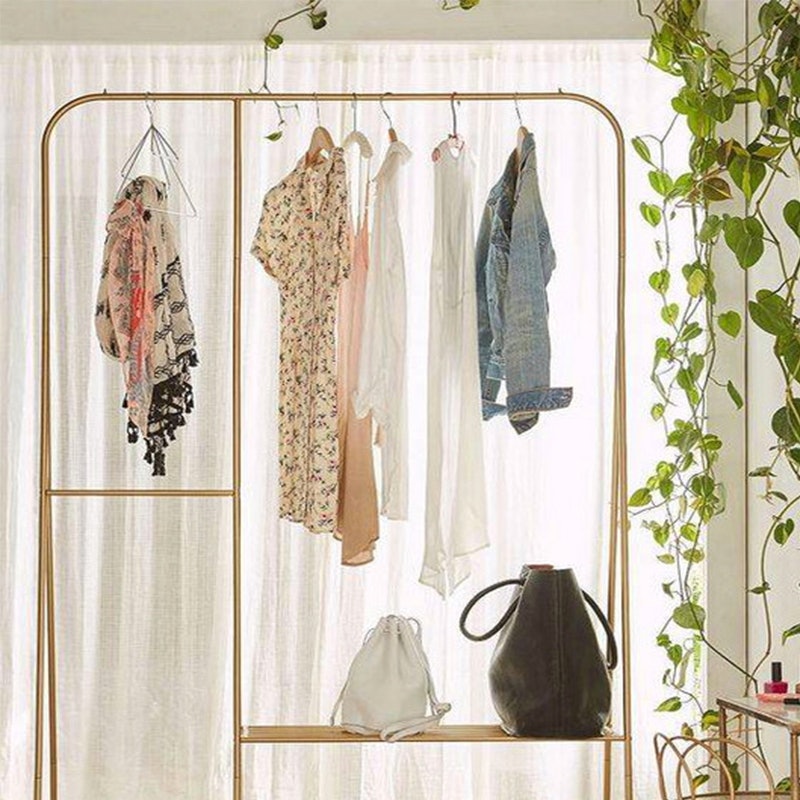 As editors, we receive a lot of crazy emails and even crazier pitches, but when one pops into your inbox with a subject line that promises a non-invasive way to contour your body and drop a dress size, you read it. And you respond, "Sure, I'll come." Such was the email that found its way to me a couple of weeks ago. The treatment was offered by Beverly Hills Plastic Surgery, which I'll admit felt a little intimidating because "surgery" is in the office title, but when I asked about downtime and they said there wasn't any, I decided to forge ahead.

The email detailed how this magical slimming would happen, explaining all about the Ballancer Pro, an FDA-approved "space suit" that gets results by stimulating the lymphatic drainage system, leading to weight loss and potentially even a size reduction. One week of treatments every other day could lead to dropping an entire dress size. (It's also effective for post-surgery patients and serious athletes who need to get rid of lactic acid.) If that weren't enough to convince me, the email went on to say the Ballancer Pro can also stop cellulite from forming on the hips, thighs, abdomen and butt. I was officially intrigued.

I book an appointment to go one morning before work. When I arrive to the impeccably appointed office, I am ushered into a room in which I get to choose between something that looks like a motorcycle jacket or a gigantic Marshmallow Man suit I would have to crawl into. I am told the suit focuses on the stomach and thighs, two places I certainly wouldn't mind shrinking, so I opt for that one. I then remove my pants, keep on my sweater and awkwardly make my way into the suit by literally crawling onto the table in front of the doctor, a couple of assistants and the Ballancer Pro expert. Slightly mortified, I settle in and make myself comfortable.

That's when the assembled group starts to tell me about the contraption, which they assure me is already quite popular in Europe as well as among professional athletes. They explain that the suit will simulate a massage of my lymphatic system. Considering I'm the type of person who wakes up swollen after an evening of sushi or wine, I'm excited to learn that it helps you shed water weight. They tell me it's perfect for post-drinking and post-flying—two things I do often—as it pushes the fluid up and back into circulation so it leaves the body. They also promise it will make me feel more energized and tone my skin. I'm sold.

They start the machine. The first ten minutes are a pre-treatment that gets the body used to the process before they turn up the pressure. The highest level is 80 millimeters of mercury. While they tell me some people don't like that amount of pressure, I find I actually kind of enjoy it. It's like a massage that starts at my feet and moves its way up my body in a wave-like formation. At the 80 pressure mark, there's a moment when my upper stomach is squeezed so tightly it feels like it might be too much, but as soon as I think I can't take it, it's over and starting again at my feet. All the while, I keep in mind that the machine is draining my lymph nodes and pushing unnecessary fluids out of the body, and that keeps me calm and focused. I'm doing my body good. And, truth be told, the sensation is a little like several people giving you as massage at once, which—unsurprisingly—is great.

I almost fall asleep a few times, but 45 minutes later it’s over, and I awkwardly crawl out of the suit. Any soreness I had from yesterday’s workout is indeed gone, and I feel like I have definitely helped get things moving in my body. Sadly I don't go every other day for the next week so I remain my regular dress size, but loss in circumference or not, the experience was enjoyable. Hours later, I do feel oddly energized as they promised.

Takeaway: At $200 per session, the Balancer Pro isn’t cheap but it also isn’t completely cost prohibitive. And with no pain or downtime, it could be worth the full-week commitment if the potential result is going down an entire dress size. But if pricing is an issue for you, it’s definitely worth the one-time splurge when you’re feeling particularly bloated, been traveling a lot, or are seriously sore from working out. No matter how you cut it, kicking your lymphatic system back into gear is a good thing. Even more importantly, it feels good, regardless what size jeans you fit into once it’s over.