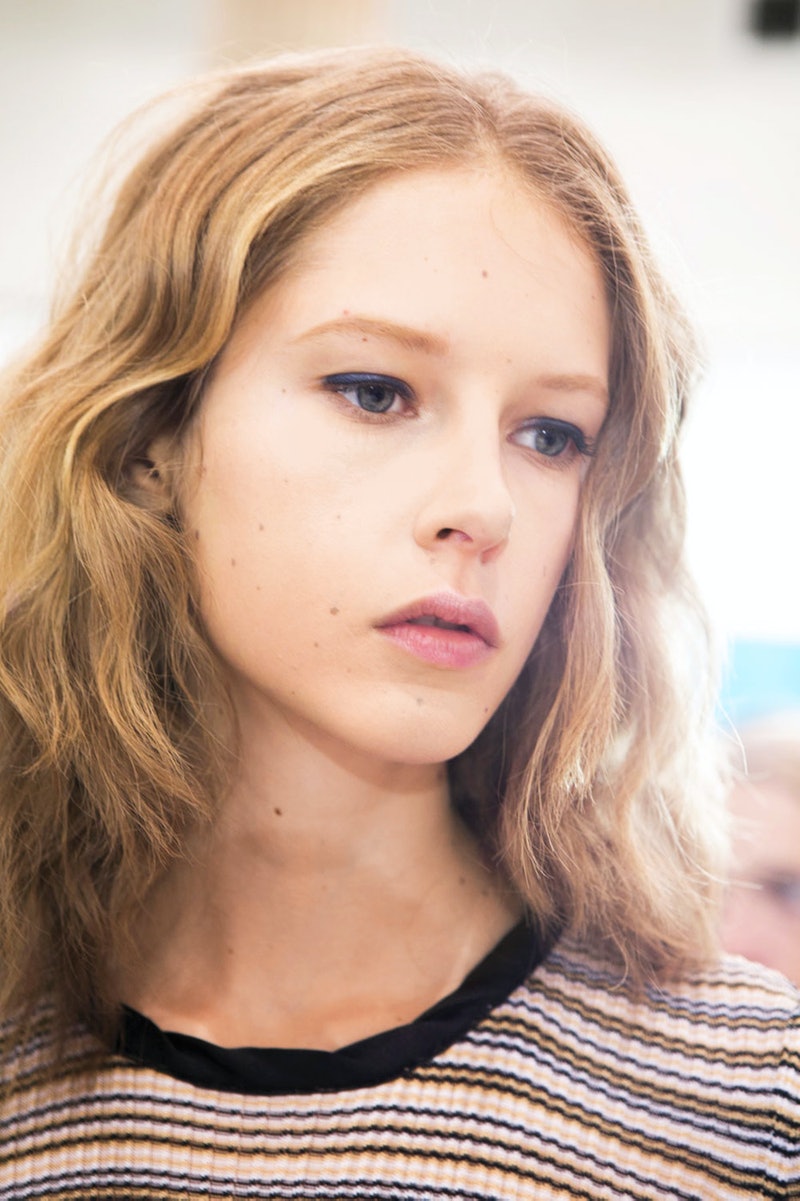 Of all the symptoms that come with clinical depression—in my case, ranging from a diet of Doritos and gin to losing the will to do virtually anything other than sleep—one unexpected side effect has been a strict dedication to my skin-care routine. Rituals of all kinds are what make us human, from grocery shopping every Sunday to ignoring incoming calls from your terrible garbage person ex. For people with depressive episodes, however, keeping up with normal routines can be the biggest act of self-care imaginable—especially when it comes to beauty.

For non-depressed people, to wake up is to brush your teeth and eat your vegetables and call your mom back; it’s all part of living a healthy life. For those with depression, it can be hard to find time to shower. While the term “beauty rituals” might call to mind lighting up a $400 Byredo candle while slathering your face in French serums, and while “self-care” has become incredibly commercialized, it doesn’t have to be that way; everyone has the right to determine what these rituals are like for them. For me, some days this means buying five different skin-care products—because chemical and physical exfoliants are obviously not the same thing—and other days it means giving myself an hour-long pep talk to wash my hair. There is no wrong way to do it because everyone’s depression coaxes different needs.

The American Psychiatric Association classifies depression as at least one or more major depressive episodes—meaning upward of two weeks of feeling depressed or losing all interest and/or pleasure in most activities—in addition to at least four other symptoms like decreased energy, feelings of worthlessness, changes in sleep, weight or appetite, and recurrent thoughts of death or a suicide attempt. According to the National Institute of Mental Health, one in eight women will develop clinical depression during her lifetime, with women of color being more likely to have symptoms of depression than white women, even though they often have less access to mental health care. And the University of Louisville, Kentucky did a study on 351 transgender individuals, discovering that 51.4 percent of transgender women and 48.3 percent of transgender men had depressive symptoms, which is significantly higher than the rest of the population.

I spoke to Dr. Amy Wechsler, a New York-based dermatologist and psychiatrist (yes, she can prescribe you some dope zit cream and an antidepressant in one visit), who says physical health and mental health are intrinsically linked. “Depression, a lack of sleep, and a decline in grooming often go hand in hand,” she says. “Depressed people often find it hard to take care of their hair, skin, and clothing, at a time when a routine is so important.” For some people suffering from depression, however, the total opposite approach might take hold, and they cope by investing more time and money in “self-care.”

London-based beauty blogger Alice Thomas (@alxcext) used to feel alienated by the online beauty community, because of both her brownness and depression. “My lowest point with my mental health was reflected in my relationship with the beauty world on Instagram and YouTube,” she says. “I felt my face was not meant to be part of that world, which is where the frustration stemmed from. It was little insecurities like my nose, hyper-pigmentation, and sideburns paired with my bad skin that really made me feel like I didn’t belong. At the time I don’t think I recognized that these were mainly Eurocentric features that I really adored.” After finding a brown beauty community on Instagram, Alice quickly became more comfortable talking about her insecurities, especially when it comes to her relationship with mental health and makeup.

“My beauty routine means a lot to me,” Thomas tells me. “In the morning, doing my makeup makes it feel like a fresh day and a new beginning which is marked by a different beauty look or idea that I’ve had in mind. It’s taught me that my mind can be calmed simply by putting myself together and taking the first step to push myself out the door—especially on those days where even catching a train on time can seem impossible.”

Fashion is another industry where the effects on mental illness are magnified. Model, editor, and the “big sister of Brown Twitter,” Simran Randhawa (@similar_), is outspoken on social media about the repercussions of depression and anxiety on her modeling career and vice versa. “Being a model, you are constantly made to feel like your skin and hair needs to be flawless and healthy, which led to me splurging on expensive skin care that actually ended up making my skin worse,” she says. “The way I was expecting to look versus the way I actually did just fed into the negativity I was already feeling. It only made things worse.”

One commonality shared by all the women I talked to about beauty rituals and depression is that some of the best routines have nothing to do with consumption of products. Randhawa takes care of herself by either opting for no makeup or doing a full face, depending on what she can handle that day. Some of the best things in life are free—even small acts of self-love that might not seem like a big deal to others. Be it taking a bath or grooming your eyebrows, simply taking the time to acknowledge your body is a powerful act when depression weighs down your every move.

For more on how the intersection of depression and a beauty routine, check out the original article on Nylon.

If you or someone you love is suffering from depression, call the U.S. National Suicide Prevention Lifeline 1-800-273-8255 or contact your healthcare provider.