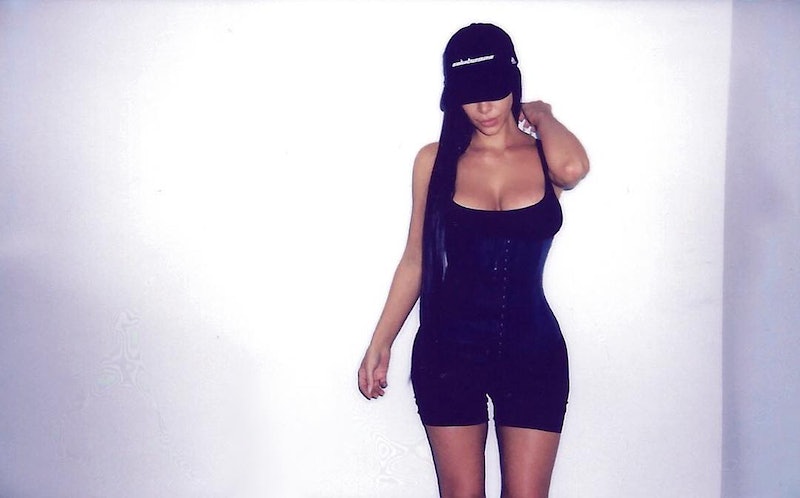 It’s hard enough just showing up for your workout—but imagine if all your efforts were actually getting you nowhere? We caught up with celebrity trainer Harley Pasternak at the Buick Encore Backstage Classes and found out that some of our go-to fitness tricks are actually doing our body a disservice. Here, we’re sharing the habits you need to quit, according to the man behind Lady Gaga‘s, Katy Perry’s, Kim Kardashian‘s and Rihanna’s svelte figures. We knew the best bodies in Hollywood knew something we didn’t!

Stretching Before A Workout

"People believe you need to sweat to burn fat, but those people who exercise in a hot room to sweat their butt off would be sweating in that same hot room even if they were sitting on a couch. Sweating is the body's response to adjusting to a warm external climate. A person going for a jog outside in the dead of the winter and not sweating much is burning far more calories and fat than their counterparts in the hot environment."

"You might believe you need to be sore the day after a workout to prove it was good. While some people enjoy delayed-onset muscle soreness, it's not the only indicator of a successful workout. The pain you feel is a byproduct of factors like volume, intensity and exercise history. If you've never done weight training before, a leg workout might make you sore for a week, while someone used to doing a specific type of exercise might do 10 sets of squats and not be very sore at all."

"Juice is nothing more than the water of fruits and vegetables—the majority of the fiber, protein, fat and micro-nutrients, including vitamins and minerals, are left behind in the parts that we discard. Blending, however, retains all the skin and seeds found in the natural state of the fruit or vegetable. For example, one glass of organic cold-pressed fresh apple juice might require five apples to make, and end up with nearly 400 calories of sugar, zero fiber, zero protein and small amounts of vitamins. Putting only one apple without its core in a blender can give you nearly the same amount of drink while containing only 75 calories and nearly five grams of fiber and two grams of protein."

Sticking With A Routine

"People plateau because they don't change their intensity over time or progress in their resistance or volume—they don't have enough variety. All my clients have constant variety in their workouts, from working with body weight versus training equipment to the number of sets and reps and amount of resistance and cadence. Even changing the time, location and the music you work out with can change your entire experience and get you over the dreaded plateau."