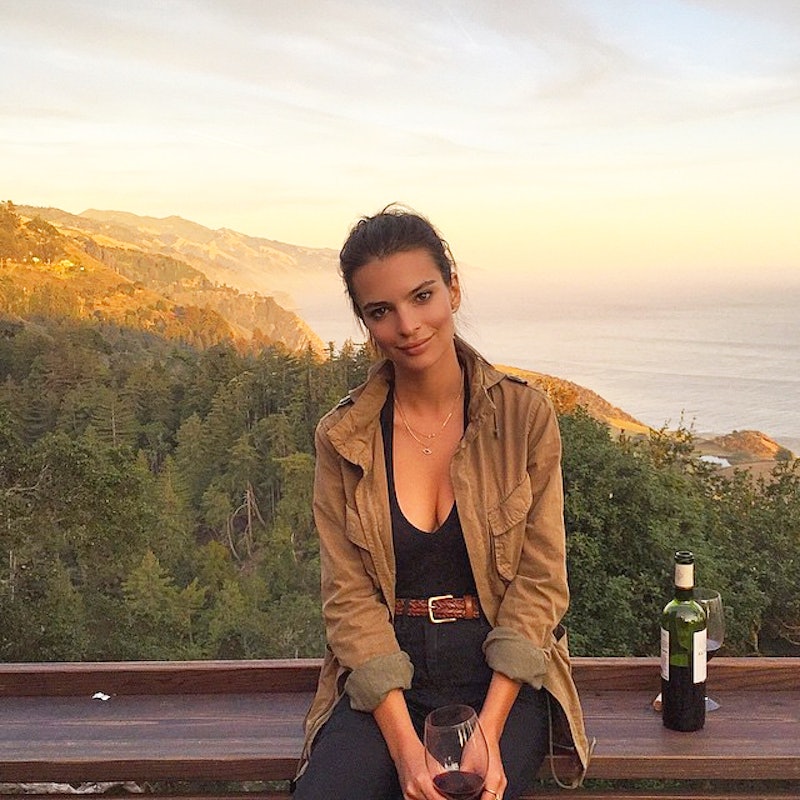 These days, it seems all we ever hear about are the things we’re doing or eating or exposing ourselves to that are bad for us. So, in an attempt to bring a little light into our lives, we thought we’d do some research into the things that may seem hazardous but are actually good for you. Here’s what we found.

7 Supposedly Bad Things That Are Good For You

We're not advocating keg stands or anything, but research shows there may be health benefits to drinking beer in moderation. A recent study from the Mediterranean Institute in Italy, for example, showed that consuming moderate amounts (up to 1.4 pints for women) of beer daily may reduce the risk of heart disease by 25%.

Red wine has shown many of the same benefits outlined in the beer studies. Additionally, red wine is rich in polyphenols—antioxidants that help reduce the risk of heart disease, cancer and neurodegenerative diseases. Some researchers have found that wines from France and Italy have the highest percentage of the beneficial polyphenol procyanidin, and they advise looking for Madiran wine in order to maximize the health benefits of your daily glass.

Additionally, both red and white wines have antibacterial properties that can protect against tooth decay and sore throat, while Cabernet Sauvignon specifically has been shown to reduce the risk of Alzheimer's.

A recent Oxford University study found that women with larger-than-average backsides are smarter, more resistant to chronic illness and have lower cholesterol levels than their small-bottomed counterparts. Research has also shown that maternal rear-end fat plays a vital role in the development of intelligent children by providing plenty of brain-building DHA to mom's breast milk.

In her book The Upside of Stress, Dr. Kelly McGonigal set out to investigate the difference between stress that makes you feel "amped up" (before competing in a sporting event, for example) and stress that makes you feel, well, stressed (before taking a test). Her research backs up the theory that the effects of stress—whether negative or positive—are mostly based on your mind-set about it. If, rather than viewing stress as something that needs to be eradicated, you re-label it—think of it as your body and mind gearing up to tackle the challenge at hand—you'll do better with the challenge and feel better.

A new study by the American Psychological Association suggests that people who take photos of their experiences actually enjoy them more. In a recent interview on NPR, however, the study's author was quick to point out that this doesn't include any study on what happens after the picture is taken, so it's unclear what effect sharing photos via social media may have on this uptick in happiness.

The more TV a woman watches, the lower her levels of stress-hormone cortisol, says a recent study. Other research has shown that watching TV allows us to restore feelings of self-control. Positive interactions with people we know (even fictional ones!) provide a sense of belonging that can improve mood and boost energy, bolstering us after long, stressful days. So, if you're prone to stress-eating after work, 30 minutes of Sex and the City should theoretically help you choose veggies over potato chips.

Most of us have been trained to avoid the sun, whether for health or vanity reasons; however, vitamin D deficiency has been linked to many health issues, including some cancers, so it's actually beneficial to take in some sunlight on a regular basis. The FDA recommends 10 to 15 minutes of exposure daily. It's also important for regulating your circadian rhythms, so getting some sunshine is generally recommended upon waking in order to optimize your sleep cycle. Finally, sunlight has been shown to raise serotonin levels, which in turn improves mood. As with most items on this list, moderation is key. We're not advocating for a full day soaking up rays—a short stroll will do the trick, and don't forget the sunscreen!