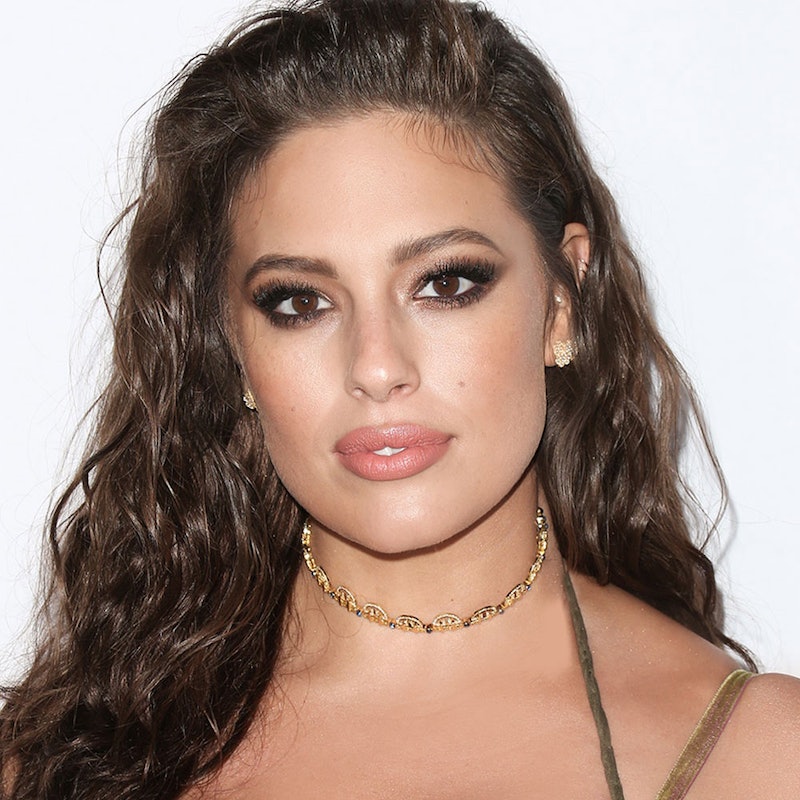 If there’s anything we know about supermodel Ashley Graham, it’s that she can hustle. Her hard work and dedication has allowed her to make history on Sports Illustrated, landed her on the cover of British Vogue and even resulted in a Barbie doll in her own likeness. This commitment also translates to her personal life, and a recent peek into her fitness routine on Instagram proves it.

Ashley turned up the heat at NYC boxing gym The Dogpound, where she worked out her arms, abs and overall agility with co-founder Dawin Peña. In her Instagram story, Ashley repeatedly swings a hammer over her head to hit a giant tire, targeting her core. She then dons boots to shuffle on a slide board while playing catch with Dawin—an exercise of balance and coordination. And if that’s not enough, she also does push-ups while at the same time playing catch. (Simply recalling this routine already has us out of breath.)

Capping off her session: An outdoor run while wearing a resistance band around her waist, the ends of which Dawin held as he trailed behind her. “I’m going as fast as I can!” she yelled before sharing what inspired her killer routine. “I had a cupcake last night. It was chocolate with white frosting.”

Us too, Ashley. Us too. Watch part of her grueling workout below.