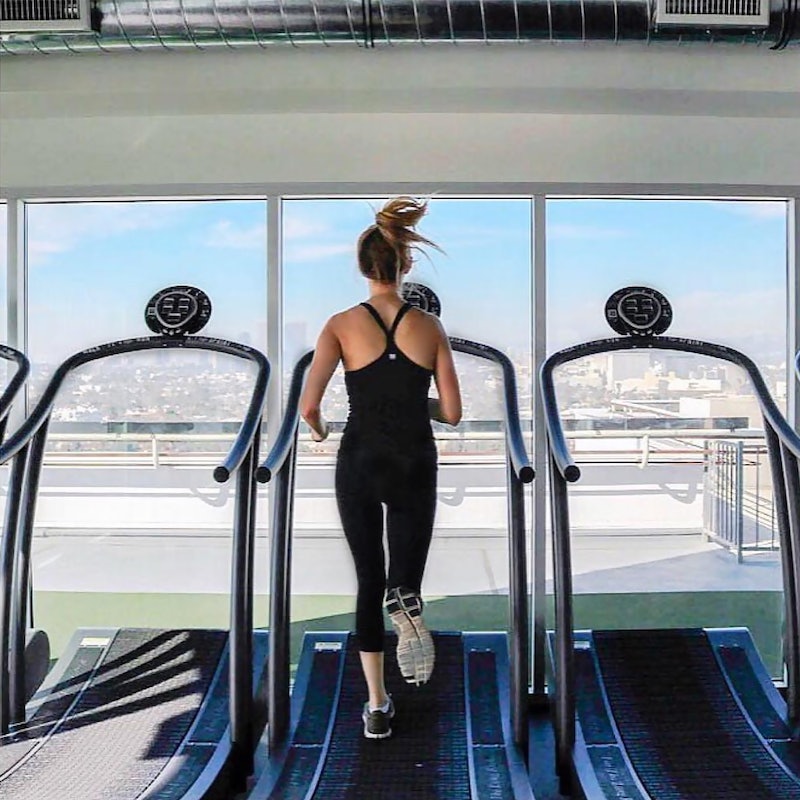 We all know the age-old adage, "New year, new you"—so in the spirit of kicking off the new(ish) year strong, I decided to give some of the health crazes I'd read about a try. I have to admit that before I even started, I thought about how and when I could cheat (not the greatest sign). That's not to say I'm an unhealthy person—I make an effort to maintain a balanced, healthy lifestyle devoid of juice cleanses and crash diets. I work out regularly, but not daily (I have a life to live that doesn't involve rocking yoga pants 24/7). Regardless, despite my self-doubt I felt ready to commit to giving three key crazes a test drive to see what they could do for me.

THE CRAZE: Vitamin IV. Yes, we mean vitamins taken intravenously. Cara Delevingne and Rita Ora are supposedly fans, and it’s been dubbed “the party-girl drip” as it reverses the signs of staying out too late (read: it helps a hangover).

THE REALITY: I’m nervous going into the appointment. Like, really nervous. I’ve never even given blood for fear of passing out, so I’m not exactly sure what convinced me this was a good idea. Alas, I chose to face my fears and go for it. I sat down in the chair at Cosmetique Aesthetics in Culver City with the very kind Dr. Ramin Sarshad, who made me feel at ease about the whole ordeal. In went the needle, and I started feeling the “vitamin cocktail” pulsing through my veins. A minute or so went by, and I figured I’d made it over the hump—I hadn’t. I started tasting the vitamins in my mouth, and something about the pulse of liquid started to make me feel incredibly woozy. Next thing I knew, I woke up to the doctor and the office assistants crowded over me, fanning me and holding my legs in the air. “Oh my god, did I pass out?” I asked in a semi-conscious stupor. Sigh. Maybe it was the nerves, maybe it was the fact I ate a light lunch (or maybe both) but—I totally passed out. I regained my composure, blood returned to my face and I sipped on water, chatting with the team to assure them I was fine—at that point, they were definitely more freaked out than I was. Mortified that I’d just fainted over a needle in my arm (I have tattoos—I shouldn’t be that afraid of needles!), I decided to prove it to myself that I could go through with the thing and finished the IV. Second time’s a charm apparently; I felt totally fine for the duration of the drip.

THE VERDICT: If you’re scared of needles, stick to swallowing vitamins like a normal person. If they don’t bother you, there isn't any real harm in trying the IV approach (so long as it’s administered by an actual doctor like Dr. Sarshad). Some people claim to feel invigorated after a session, with higher energy levels and increased workout stamina. It's also allegedly quite beneficial for Celiacs due to their difficulty absorbing nutrients through the digestive system—the intravenous method is more direct. There are a variety of "vitamin cocktails" you can try based on your deficiencies (I went with the standard modified Myers Cocktail which included B-6, B-12, magnesium, calcium and more) so consulting with your doctor on your goals and needs is important. Me? I'll be sticking to my grocery store pills, but glad I can say I gave this celeb-approved trend a try.

THE CRAZE: Diet programs delivered to your door. Takes the guesswork (and grunt work) of trying to prepare your own healthy cuisine.

THE REALITY: I received my first PALETA delivery in an oversize lunchbox-looking cooler and was eager to see what was inside. The 14-Day KickStart Program includes both lunch and dinner on a daily basis, which is dropped off sometime late at night or early in the morning. I did the vegan plan, so I also received a tub of protein powder to supplement my meals. The first couple days I kicked ass. I woke up and had a piece of whole-wheat toast with peanut butter and ate my pre-packaged lunches and dinners as planned, supplementing with healthy trail mix and protein smoothies to ensure I was properly fueled for my regular workouts. But after a couple days, I went downhill fast. I maintain a fairly active social schedule, not to mention attending events for my job, which made adhering to the strict diet nearly impossible. And I wasn’t about to hole up in my house for that long. (To quote Mean Girls it would have been "social suicide!") I really, really tried, but two weeks is a long time, and I let things slide every once in a while. At the end, I finished strong, but I was relieved when it was finally over.

THE VERDICT: Unclear. It’s not that the food was bad—it wasn’t. In particular, I liked the eggplant lasagna, portobello mushroom and meatless meatballs. For me, the tough part was the portions. I’m a decently active person and therefore eat a fair amount to support my busy lifestyle, and the KickStart program felt like I was really limiting myself in terms of calories. All I could think about was food, which was not fun. However in addition to KickStart, Paleta has a variety of programs to cater to your needs/wants, so my next go around, I’ll be sure to select a plan that’s more realistic with my lifestyle. One thing about it I loved? The ease of not having to cook or plan my meals—that was a treat.

THE REALITY: I decided right off the bat that if I was going to commit to a regular workout schedule, I needed a buddy. I grabbed our Team Zoe marketing manager (who happens to also be my roommate) and forced him to endure the arduous workouts with me at one of LA's top-notch HIIT facilities, Speedplay. As intense as this type of training may sound, it actually is more manageable than you’d think. While the high-intensity workouts are tiring, you do get short periods in between to rest (unlike at, say, a spin class). The different intervals included running on a special treadmill called The Curve, rowing on a Concept 2 machine, lifting free weights and exercises incorporating a Bosu ball. We went three times a week (Speedplay recommends four to really see quick results) for two weeks, and each time the workout was different, which kept the process from feeling monotonous. I was often sore—but it was strangely gratifying to feel the results of my hard work (even if it meant walking funny).

THE VERDICT: In the grand scheme of things, two weeks is a short amount of time—I wasn't expecting any sort of dramatic weight loss or Hulk-like increase in strength. What I did experience was the positive feeling of a regular workout routine—my jeans fit a bit better at the end, and my energy level throughout the day was more consistent. Come bikini season, I'll definitely be upping my sessions at Speedplay (in addition to my beloved barre classes).

After my trials with these three health crazes expired, I was relieved—again, not into extremes—but after experiencing them individually, I see the benefits of each and how working them into one's routine can feel effective and results-driven. For now, I'll be enjoying my life of moderation—but next time I overdo it on the pasta and red wine, it might be time to call on Paleta once again.