The lowdown on wabi-sabi. 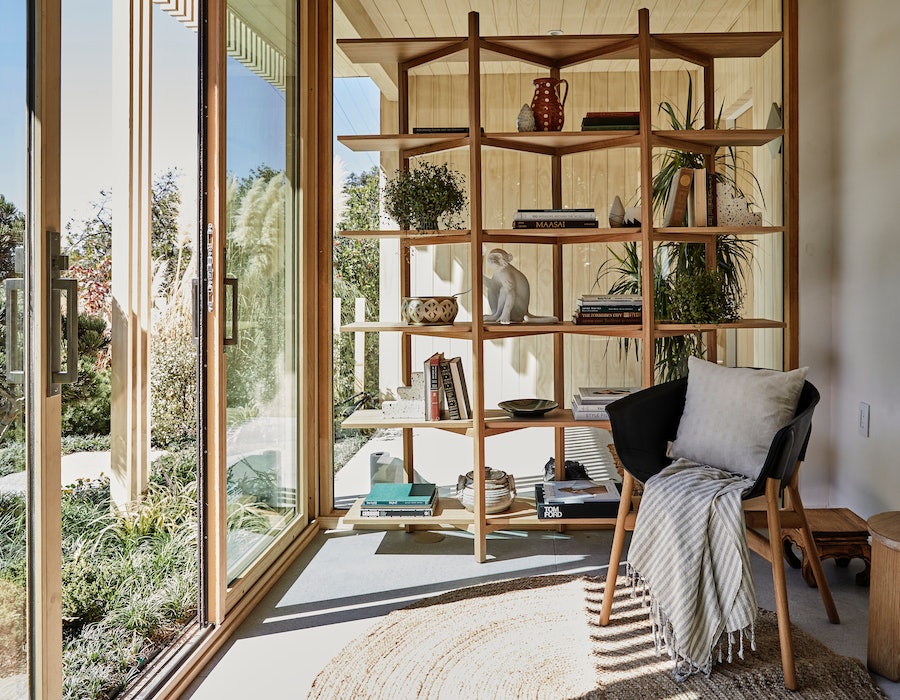 If you’ve spent a lot of time scoping out interior design on Instagram, you’ve probably seen the phrase “wabi-sabi” quite a bit. Usually, in reference to open, airy, sunny spaces filled with natural textures and a spare selection of unusual vintage pieces. The kind of spaces that have a calming vibe with just a glance. However, there’s more to wabi-sabi decor than a hashtag — and though undoubtedly trendy right now, it’s actually a centuries-old movement with principles that go beyond interiors.

“Wabi-sabi is the elemental Japanese aesthetic of finding beauty in things that are imperfect, humble, and unconventional,” says Frances Temple-West, architect, interior designer and Associate Teaching Professor in the Department of Architecture, Design & Urbanism at Drexel University. “It is an appreciation of all things fleeting and impermanent. Over time, meaning and gratitude may be found in the transformative process of aging and in objects not considered classically beautiful.”

Objects that are characterized as wabi-sabi are those that feel “lived-in,” are made of natural materials, have their own history, and are one-of-a-kind. They are important not only for their looks, but for the powerful lessons they impart. “Wabi-sabi is also a state of mind,” says Temple-West. “By finding acceptance in the inevitable and bittersweet — flowers bloom and die, seasons change, and hair turns gray. One moves with time and nature, not against it.”

The History Behind Wabi-Sabi

The importance of mindset is why wabi-sabi can be difficult to easily define. Though objects are important, they’re intertwined with philosophy — and that was the intention when the movement originated.

“Over centuries, there have been many aesthetic movements that began as a revolution against accepted and dominant ideals of beauty of the time,” Temple-West says. “The aesthetic of wabi-sabi dates back to around the 16th century and was a reaction against the pervasive Chinese values of perfection and lavish beauty. The principles of wabi-sabi evolved to define characteristics of the classic Japanese tea ceremony.”

The traditional Japanese tea ceremony centers around preparing matcha through choreographed steps that can take years to master. It takes place in an intimate setting that often includes a garden backdrop, using a unique variety of utensils, ceramics and other objects that the host specifically chooses for the experience. Though the tea is an important part of the small gathering (only four to five guests traditionally attend), the emphasis is on the interaction between host and guest, along with the unique utensils and objects. It’s an experience that can never be duplicated, even though the ritual may include the same steps.

This ceremony is what sparked a love of wabi-sabi for Elaine Tian, the ceramic and visual artist behind Studio Joo.“When I first started Studio Joo, Ito En, a big purveyor of Japanese green tea, asked me to create tea bowls for them,” she says. “In order to create them thoughtfully and respectfully, I wanted to study up on traditional Japanese Tea Ceremony, or chadō.”

This lead Tian to the Urasenke Chanoyu Center in New York City, where the Way of Tea (cha-no-yu) is taught through workshops and classes. “This project kindled my love for wabi-sabi,” she says. “You can see the principles at work in my use of organic, altered forms, and a lack of ornamentation and attachments (decorative feet on bowls, fancy handles on cups, etc).”

Tian also described a powerful experience with wabi-sabi on a trip to Kyoto, where she visited the . “It's said to be the pinnacle of wabi-sabi, and you can actually feel yourself growing calmer while you're there,” she says.

The Principles Of Wabi-Sabi & Why They’re Important Now

While there is room for interpretation, there are formal principles behind wabi-sabi. “According to Zen’s philosophy, there are seven key elements for achieving wabi-sabi,” says Shanty Wijaya of ALLPRACE, a home design, build, and landscape firm. They include kanso (simplicity), fukinsei (asymmetry or irregularity), shibumi (beauty in the understated), shizen (naturalness without pretense), yugen (subtle grace), datsuzoku (freeness), and seijaku (tranquility).

While Wijaya draws inspiration from the buzzy Japandi (Japanese-Scandinavian) movement that’s swept interiors in recent years, the aforementioned principles are an important element of the overall aesthetic. She’s also watched how they have become important in a modern-day context.

“Wabi-sabi is having a moment right now because 2020 had been a year filled with unprecedented challenges,” Wijaya says. “COVID lockdowns changed our attitudes and changed our lenses to life. We spent lots of time at our home and become increasingly aware that change is the only constant in life, and we have to embrace it to be able to enjoy it.”

As a result, Wijaya says that the stylistic components of wabi-sabi resonate because they “instill a sense of peace and calm to our anxious minds” by fostering connection with nature and an appreciation for simple pleasures.

How Wabi-Sabi “Works” in Interiors

All the thought and intention of wabi-sabi results in design that really does inspire a sense of calm. You can sense it in Wijaya’s “Project JAPANDI” in the Echo Park neighborhood of Los Angeles, where organic textures, earthy hues, and the mingling of nature indoors and out evoke tranquility.

When considering the style for your home, choose pieces that have character, softer lines, and imperfections — but also consider how pieces work together. “A wabi-sabi interior feels authentic, a little bit rustic, and all the objects and furniture create a harmonious whole together,” Tian says. “To me, it would also be somewhat spare, if not minimal, and incorporate nature in some way. If it looks contrived or overly curated, that's pretty much the polar opposite of wabi-sabi.”

An essential part of the wabi-sabi aesthetic is a little easier to achieve: Just declutter. “A living space without excess stuff has a wonderfully calming effect on our minds,” Tian says. “It becomes more of an escape, a place where we can appreciate just how beautiful imperfection and impermanence really are.”

How to Bring Wabi-Sabi into Your Home

A few well-chosen items and accessories inspired by wabi-sabi can also bring that sense of calm and balance. When shopping, remember this: “Embrace authenticity always...like, choose an actually weathered table rather than a brand new, artificially ‘distressed’ one,” Tian says. “Most importantly, avoid anything mass-produced if at all possible!”

No matter how you incorporate wabi-sabi into your home or outdoor space, the thoughtful process that informs your design can be transformational. “It really is a way of approaching life and the world in general,” Temple-West says. “We all have imperfections and scars whether physical or emotional that shape who we are. Once we can embrace them, we become more at peace, empathetic, and accepting of ourselves, of others, and more in-tune with the world around us. Imperfect objects and things become metaphors for ourselves.”

Tian says that items with an altered shape that incorporate mark-making, like these tumblers, have a wabi-sabi feel.

“Wood such as teak weathers to a soft, silvery gray and is ideal for outdoor furniture,” Temple-West says. “It’s not going to last forever, but that’s kind of the point. It doesn’t have to.”

“Objects such as antiques or heirlooms that are passed down through family or friends, or even ones we find in a second hand store, connect us to history and something beyond ourselves,” says Temple-West.

Though the Shaker style is part of a different aesthetic movement, there are some elements in common with wabi-sabi. “There is a serenity, purity, and understated beauty to Shaker architecture, interiors, and furniture,” Temple-West says. “They used only what they needed and had nothing extraneous."