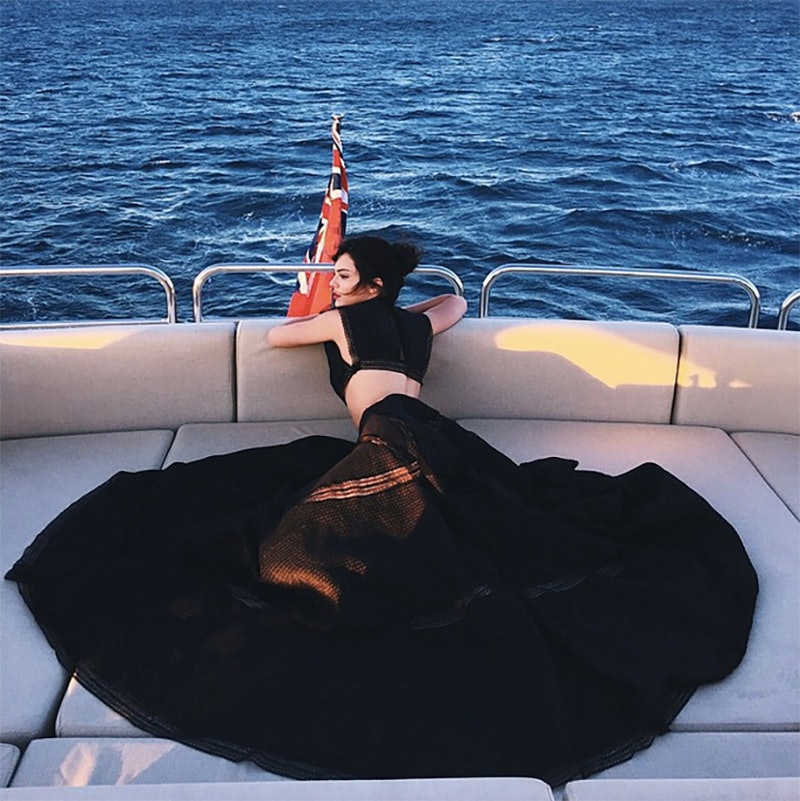 Maybe it’s because it’s in France or maybe it’s because the sun sparkles off the Mediterranean just so, but there’s an indisputable je ne sais quoi about Cannes. From megastars to mega yachts, the annual film festival brings everything to the next level. Here’s how to do it like the A-list.

At the famed and storied Hotel du Cap-Eden-Roc, the only address that matters during the festival. Float around the infinity pool and take in the sweeping views alongside fellow guests like Brangelina.

On a boat, ideally with a newly single male celeb to get that rumor mill going. As we know, size matters, so hop aboard entertainment mogul David Geffen’s yacht “Rising Sun” which, at 452 feet, is the biggest queen at the nautical ball.

At the festival-closing AmFar gala. Despite enduring a 12-day champagne marathon, everyone who is anyone pulls it together for one last time at glitziest bash (for a good cause!) of all.

At La Palme d’Or where you’ll score stars of both the Hollywood and Michelin variety. We always prefer to enjoy a glass of rosé with a view—and here it’s your choice of sea or Clooney.

With diamonds, obviously. If you’re not wearing jewels that require their own security detail, you might as well stay home.

By chopper, of course. Don’t want to sit in traffic between the festival and nearby Nice airport? Hail an Ubercopter to whisk you between towns in style.