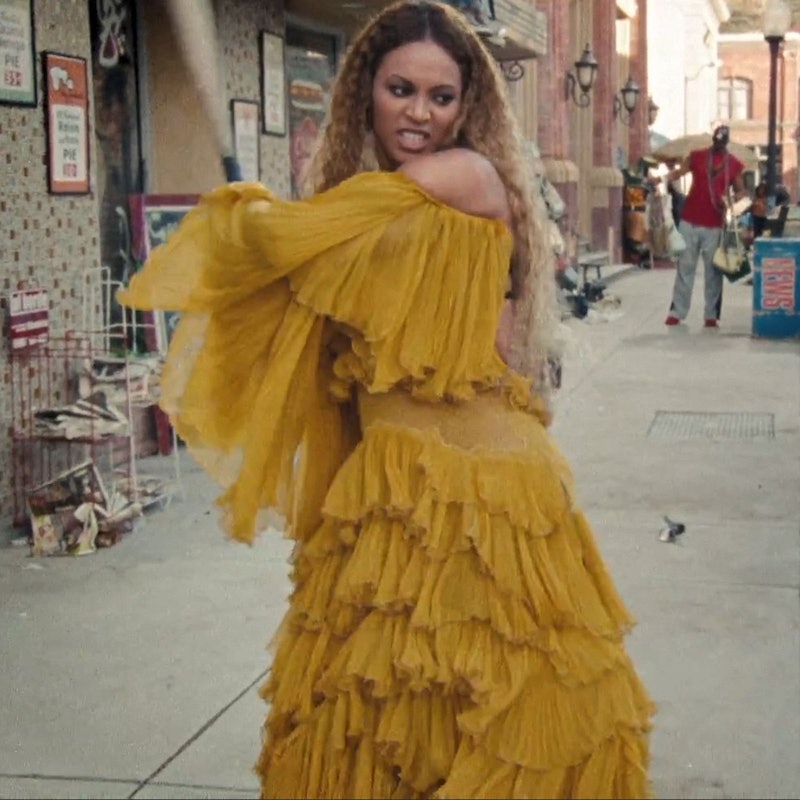 No matter which side of a breakup you’re on—whether you’re the dumper or the dumpee—ending a relationship is tough business. It’s especially, difficult, however, if the separation isn’t your choice or your hand is forced by bad behavior on the part of your significant other. In the face of such circumstances, acting with grace and poise can be hard; however, coping in a healthy manner is critical for the sake of the other relationships in your life, your career and, above all, your sanity. Here, nine ways to handle a breakup that don’t involve a baseball bat.

This works best if you can have an adult conversation in advance of the blocking, so it seems less aggressive and childish than it does responsible and appropriate. In this scenario, we recommend you ask them to block you, too. No matter how much you'd like to think you're above being jealous of their every virtual move, you will be, and the inevitable stalking you're going to do is bound to bring out your most crazy behaviors. If you can't ask them to block you, at the very least unfollow them, and we hope, for your sake, that their accounts are private.

The only way to push through the pain is to feel it, and each time you communicate with your ex, you're resetting your recovery to zero. This may be an embarrassing admission on our part, but we've found that writing a contact date on the calendar helps. So, if you've broken up on June 25, for example, write "next contact date" on your calendar under July 25. If you actually make it a month without contact, you'll probably find yourself to be out of the woods and, ideally, not all that interested in contacting your ex after all. Some say oxytocin bonds can last up to six weeks, while others say that oxytocin bonding claims are nonsense; either way, if you've ever recovered from a breakup, you probably know that the only way through it is time.

Everyone will know you're not feeling great if you suddenly start posting nothing but inspirational quotes. Pretty much anything you post in the early days of a breakup, particularly a contentious one, is going to be aimed at hurting your ex or making them regret the end of your relationship, which is generally completely transparent and often just makes people feel sad on your behalf. Besides, it will drive your ex crazy if you disappear completely instead.

Nothing's worse than trying to tough it out at work when you're in the midst of a devastating breakup, and while we don't recommend you call in sick for the month, you're allowed to take a personal day or two to indulge your sadness. For some, this means calling Mom, or a friend, or several friends, and not spending a second alone. For others, it means turning on Netflix and burrowing into bed for a few days (preferably with a container of cookie dough). Whatever your cry-fest looks like, we suggest you make time for it, as relationship mourning is a healthy process. This article in Psychology Today puts it best: "A breakup joins two of life's most challenging experiences: paralyzing grief and the overwhelming physical and emotional withdrawal from an addiction." The end of a relationship is therefore no joke, and should be treated accordingly.

Most of the time, when you're in the throes of a breakup, going out with other guys only heightens feelings of missing your ex. We're not saying you should never date again, just that you're more likely to find real comfort in the short term via proper mourning or spending time with friends and family than you are in going out with a bunch of guys who you hope will fill the void. Once you feel it's time to get back out there, toe-dip in with a drinks or coffee date that allows for an easy exit, so you don't cry into his mouth the way Carrie Bradshaw did with "the new Yankee" in the early stages of her post-Big recovery phase.

But don't send it, or them (sometimes you need to write several before you've fully exorcised your demons), ever. It'll be especially difficult to refrain from doing so in the early days of a breakup, so we suggest writing your letters longhand, making the barrier to entry for sending them greater. (Who still owns stamps and envelopes, after all?)

This advice isn't as hokey as it sounds. When you're in the midst of a breakup, you're likely to spend the bulk of your time thinking about the other person—what they're doing, what they're thinking, what they're feeling, specifically as it pertains to you (i.e., what they're thinking or feeling about you). Every time you notice yourself doing this, turn your thoughts to yourself instead—what you're doing, thinking or feeling. One (your ex's behavior) you can't control, while the other (your own behavior) you can control. Focusing on the former will give you anxiety and lead to feelings of helplessness, while focusing on the latter may force you to take constructive steps toward getting yourself into a better place.

Remember the scene in Clueless when Tai tries to burn everything that reminds her of Elton because she's decided she's in love with Josh instead? Sure, she was a confused teenager, but we think she was on to something. We love the idea of tying significant memories or moments to balloons and releasing them into the sky, but it's not exactly eco-friendly, while burning them actually feels a bit psychotic. As a compromise, we suggest writing your memories down on slips of paper, stuffing the slips of paper into a jar, and burying the jar in the back of your closet. This way, you don't feel like you're trying to eradicate the memories from your life altogether, but you are putting them in their rightful place—tucked away next to your photo albums, with the rest of your past.

Never has there ever been an album that so perfectly facilitates post-breakup catharsis. Our personal favorite in terms of lyrics is, "How did it come down to this? / Going through your call list / I don't wanna lose my pride, but I'ma **** me up a b*tch" or, for something a little more empowering, "I'm telling these tears, 'Go and fall away, fall away' / May the last one burn into flames." Just for the record, however, Bey's whole bat situation is never a good look ... unless you're actually Beyoncé, and you're going batsh*t in Roberto Cavalli (pun intended), in which rare case it's a very good look indeed.