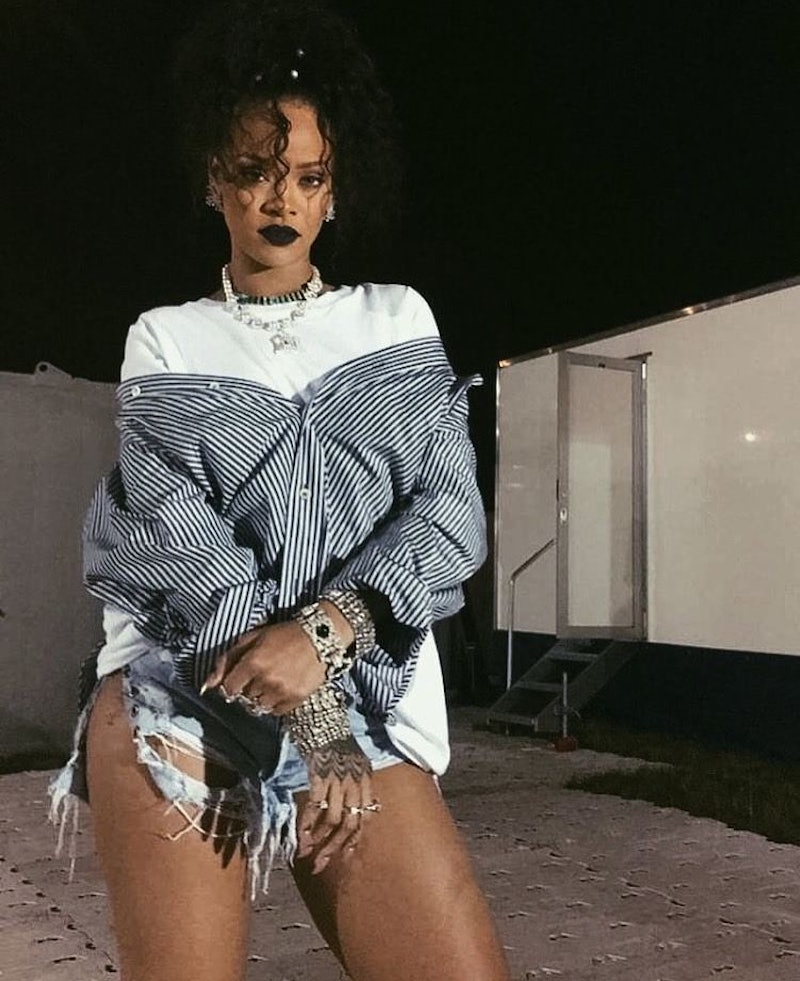 I have a new boyfriend, which is great because it makes those around me less overtly worried about what will become of me/whether or not I’ve choked to death on Postmates Thai alone in my sad apartment. (Note to friends: There is still a good chance the latter could happen and that the former is bleak, but I feel you.) Having a new boyfriend is fun because you’re super excited about the person who will eventually just disappoint and annoy you for at least a brief window of time. And my new guy is great, but … now I know who Rihanna is dating (Google “Hassan Jameel”), and I just feel sorry for myself. Here, five things my man does not have in common with hers.

1. He is not worth $1.5 billion, but he does play the lottery regularly in the hopes it will one day happen.

2. He hasn’t sold 14 million cars, but his inoperable college pickup truck is still parked in front of his apartment, which is cool.

3. He didn’t used to date Naomi Campbell, but he did briefly date a CW actress ten years after she was famous so … same.

4. He’s not currently getting freaky with Rihanna, but he is watching me wash my feet in his sink after walking around sock-less in vintage Converse sneakers of dubious origin all day long during a heat wave.