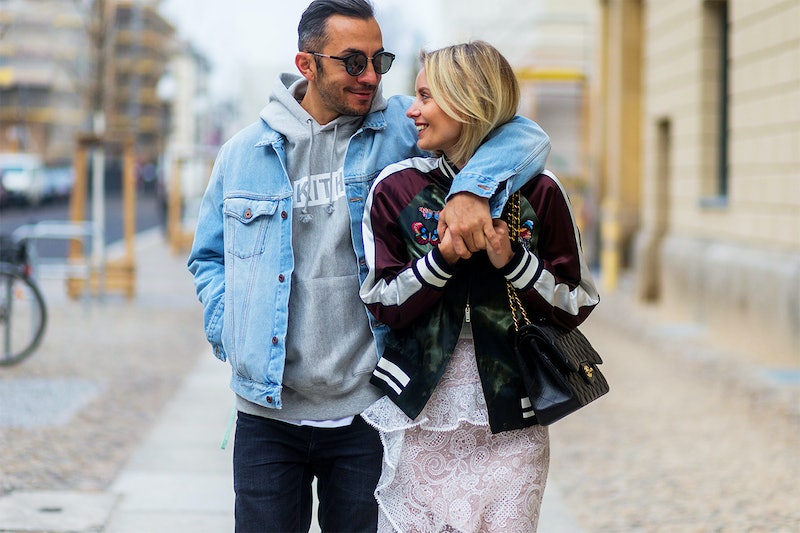 In our experience, there are always a few women in our social circle at any given time who seem to be involved in a blissful long-term relationship. How they do it may seem like a mystery, but one thing we know for sure with these specific ladies is that they’re not faking it for Instagram and are actually authentically happy. Here, we unmask these idyllic relationships to expose their inner workings, so we can adopt them as we approach our own romantic attachments. Read on to find out what these women may be doing differently than you (and your significant other).

How To Have A Happy Relationship

A newly-published meta-analysis found that mindfulness is directly linked to happier relationships, and there are scientific reasons for this, as it turns out. Mindfulness makes the amygdala less powerful and increases its connectivity to the prefrontal cortex, which is helpful in diffusing negative emotions like anger or fear. According to Psychology Today author Melanie Greenberg, PhD, this also helps us feel less defensive when in conflict, which is helpful in maintaining happiness levels in relationships for obvious reasons. Read more about the benefits of mindfulness in relationships here, and look for exercises here.

According to research, the honeymoon phase of a relationship only lasts about a year, so it's important to work at keeping excitement alive when the organic butterflies fade. Additional research cited by The New York Times shows that couples who spend time together trying new things are more satisfied with their relationships than those who don't.

According to science, going to sleep after a fight preserves and thus intensifies negative feelings, "engraving them" into your brain. Those in happy relationships work conflict out as it arises rather than letting it simmer and create long-lasting resentments.

Some research shows that money arguments are a top predictor of divorce—these fights tend to be "longer and more intense" than other fights. It follows, then, that women who are happy in their relationships have fewer financial conflicts with their significant others. These savvy women know it's important to encourage honesty around financial habits and priorities early on, so there aren't surprises or ongoing arguments that plague the relationship throughout its duration.

Americans are weird about PDA, but a study out of Ohio State University found that couples who engaged in public canoodling are happier than those who don't. So, the next time your partner gets a little tipsy and wants to makeout, just do it!