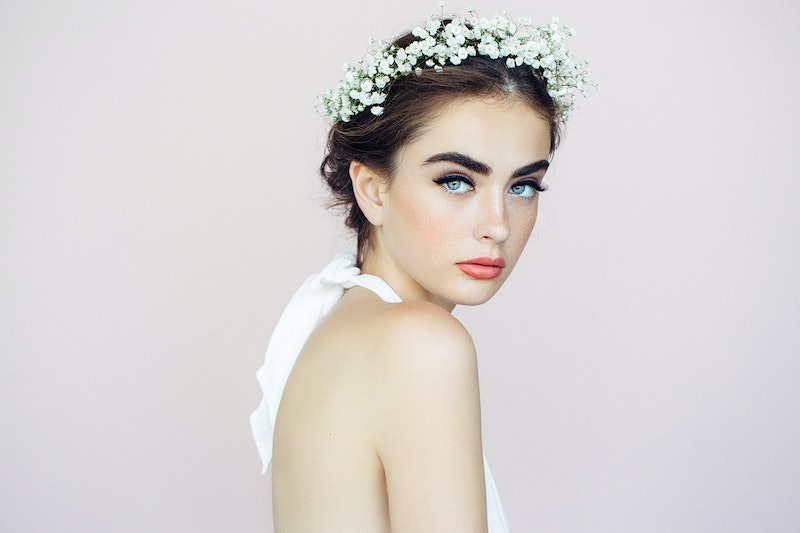 Soon, some—if not many—of you will be engaged. We don’t want to jinx anything, but according to The Atlantic, a third of all engagements take place between Thanksgiving and New Year’s Eve. So, it’s fair to assume that at least some percentage of our readership will be gifted something sparkly in the weeks to come. Most of you will be overjoyed. Some of you, however, may find yourself in a Carrie Bradshaw pear-shaped-diamond scenario in which you wouldn’t be caught dead wearing the ring with which your beloved just so sweetly proposed. What to do in this tricky situation? Here, we propose (pun intended) a strategy that allows for you to ditch the ring without losing your love.

It's likely too late for many of you, but those who still have time can avoid this situation altogether by telling at least two of your best friends and your mom what you're looking for in a ring, sparing no detail. He'll undoubtedly ask at least one person in your life for counsel, so be sure that person is well informed.

For some of you who've been accumulating Pinterest inspiration for months, years or decades, this will be easy. Others may need a little guidance. It's important to figure out what it is exactly that you don't like. Is it the setting? The stone? The metal? Browse other engagement rings to see what elements you're drawn to, and note how they differ from those of your ring.

There's a big difference between the ring that was chosen by a hapless male who trusted the advice of his mother or a random jeweler and the ring that was painstakingly designed by your husband-to-be. Did he use a family heirloom? Did he design it based on some significant element of your relationship? It's important to understand the origins of the ring before you take the next step.

Now that you have more information on how your specific ring came to be, you should have a better sense of the ways in which your significant other may be sensitive to criticism. Now is the moment at which you decide whether it's worth it to speak up. On the one hand, you have to wear it every day (and show it off frequently for at least the length of your betrothal). On the other hand, this is (hopefully) the love of your life, and offending him could be disastrous. You'll want to proceed with care. Ideally, if this is the person you're marrying, you should be able to communicate honestly and openly; however, we understand that it's sometimes tricky to feel as though you may hurt someone's feelings, particularly when they worked hard to not only buy the ring but to earn the money to buy the ring. Only you can know what's right for you and your partnership, but whatever you do, we suggest it be done sober and after much thought!

If you have decided to move forward with letting him know you're not 100% onboard with your ring, we suggest you to do so by emphasizing the positive aspects of the piece. For example, if you love the stone but hate the setting, you could position it something like, "I just don't know if this setting is doing justice to such an incredible stone. Would you be open to going back to the jeweler to see if we can find something better for our bling?" And vice versa if you don't like the stone. If you don't like the metal, you can simply tell him that it's totally understandable that he wouldn't know which metal you prefer. Maybe you wear gold (like Carrie Bradshaw) but would sooner die than wear a gold engagement ring—how would he have ever known that?

Unless he's the type of guy who says, "Okay, I had no idea what I was doing so please just get whatever you want," as he switches the TV back off mute, you should probably involve him in your renovation of the ring. It'll be a fun and romantic bonding experience, one which will also help him get a better sense of your taste for the future. After all, you don't want to go through this for every push gift, anniversary present and so on for all of eternity, do you?