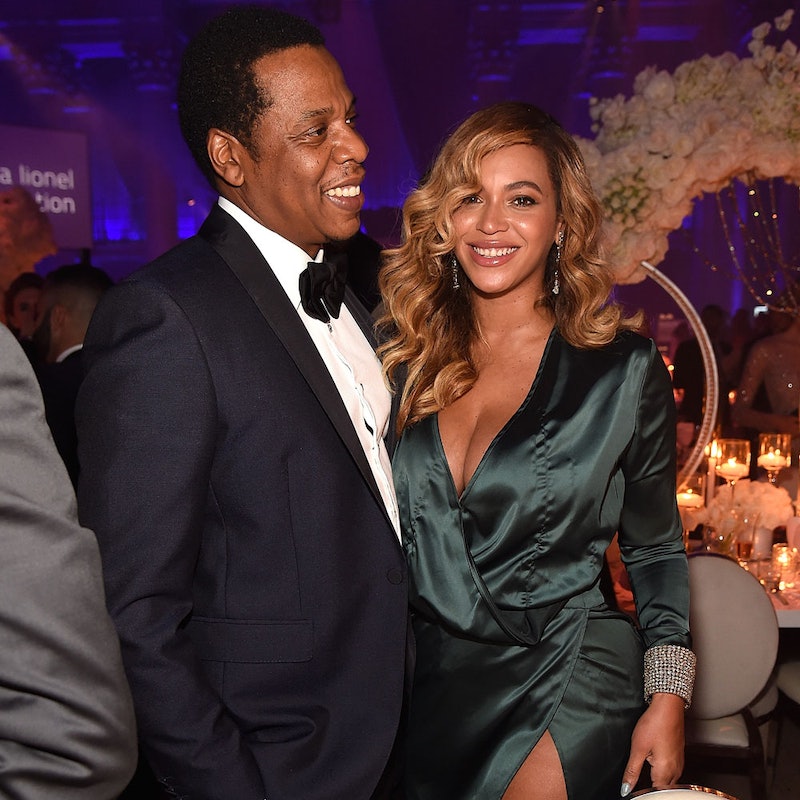 Whether we’re talking newfound romance or relationships that stand the test of time, celebrity pairings never fail to provide us with inspiration. From Beyoncé and Jay-Z’s long-standing (and candid) partnership to Blake and Ryan‘s Instagram inside jokes, these A-listers certainly know how to keep tugging at our heartstrings. Here, the power couples who will have you convinced “Hollywood romance” isn’t an oxymoron.

Happy Anniversary: We're not gonna lie, this week has been a hard on our hearts. With the news of Channing and Jenna splitting, it's hard to think that true love exists (in Hollywood anyway). But leave it to Bey and J to fill us with hope yet again via their 10-year wedding anniversary. Yes, the couple has been through some very public ups and downs, but are staying strong in their bond and continuing to deliver the cutest babies and, of course, truly iconic tunes. We'll drop the Ben & Jerry's tub for the time being.

Reunited and it feels so good: They first met on the set of That '70s Show. Mila dated Macaulay Culkin for eight years, and Ashton married Demi Moore. After both ended their relationships, Cupid worked his magic. Now, after almost 20 years of knowing each other, when asked if anything about Ashton ticks her off, Mila had the perfect response. "My husband does not annoy me," she said in an interview with E! News. "I don't know if this happens later. We've only been married for a handful of years. You know, it's very much in the honeymoon phase of things. We still really love and like each other daily." The two also share a daughter and a son—both of whom are absolutely adorable and not at all annoying.

Here: Attending the Breakthrough Prize Awards in California, their first red-carpet appearance since Jackie and Kelso were a thing.

On to the next: Kim and Kanye are expecting their third baby via surrogate very soon—we're talking within the month! (We're hoping she inherits Kim's retro-glam style, as pictured.)

Now you see me: It's been a minute since we've spotted Keira Knightley and James Righton in the public eye. The two have kept things notably private since the birth of daughter Edie, now two, and it's refreshing to see them out and about at last night's Mothers2Mothers Winter Fundraiser event in London.

Here: Earning top honors in the couples fashion game for James' spin on the bow tie (Gucci, of course) and her seasonably apropos velvet with Gothic-chic hemline.

Dreamland: The actress took to Instagram to share the rarest of online gems—that is, this photo of husband Tom, who remains famously private on social media. (Check out little Boo Radley in the back.) The two will celebrate their first wedding anniversary next month.

Here: Wrapping up their next film project: Dreamland, obviously.

Same sense of humor: One of the reasons Blake and Ryan are major #CoupleGoals is that they don't take themselves—or each other—too seriously. In a series of escalating Instagram posts, the couple have been trolling each other (see exhibits A and B).

Here: Ryan just took it to the next level with this post of Blake looking very un-Blake-like in costume for a role, and he captioned it #nofilter. Savage.

Birds of a feather flock together: They're massive superstars—one in entertainment, the other in sports—yet Jennifer and Alex manage to make their fame and fortune work. For Vanity Fair's December cover story, the new couple reveal the secret to their bond: "We are very much twins," Alex says. "We're both Leos, we're both from New York, we're both Latino and about 20 other things." It also helps that they similarly experienced great successes in their 20s, with his major MLB contract and her number-one album and movie. "I understand him in a way that I don't think anyone else could, and he understands me in a way that no one else could ever," Jen adds. "We both had ups and downs and challenges in our 30s, and by our 40s we'd both been through so much. And more importantly than anything, we had both done a lot of work on ourselves." We're seeing a pattern here.

Here: At the Met Gala—a "humbling experience" for A-Rod, who told Jimmy Fallon on The Tonight Show that paparazzi urged him to step aside so they could take J.Lo's photo. "They confuse me with the security guard all the time," he joked.

More than just lovers: When couples say they're each other's best friends, you can't help but feel a little nauseous. When Justin Timberlake says it about Jessica Biel, it just sounds right.

Here: Hitting it out of the park with matching denim at Game 2 of the World Series in Los Angeles less than a week after their fifth wedding anniversary

Happy 25th anniversary: Michelle Obama's love note in honor of the former First Couple's silver marriage was enough to get us believing in everlasting romance again. "A quarter of a century later, you're still my best friend and the most extraordinary man I know," she shared on Twitter. "I love you."

Loving proof: The couple never fails to document their romance on social media for all the world to see. And why not, when they're celebrating yet another wedding anniversary? (This marks the fourth.) Chrissy took to Instagram and Twitter to share this photo of John and herself—looking gorgeous as always in her Chelsea and Walker skirt—along with the caption, "Do you know what today is?" To endless years of love, you two!

Here: Obviously Chrissy being Chrissy and John being John

Birthday boy: As the Patriots quarterback celebrated his 40th birthday, his supermodel wife shared a heartfelt message on Instagram, proving they're a real-life It couple. "Over 10 years ago, I fell in love wth you because of your beautiful and sensitive heart," she captioned the loving photo. "I love the sweetness in your essence. Today you are starting a big new chapter, and I wish you so much happiness and fulfillment in all aspects of your life. Happy birthday, my love! Making 40 feel like 20!"

Here: At the 2017 CMT Music Awards, where Keith gushed over Nicole in all of his acceptance speeches. (The country star took home four awards.) "I want to say massive thank you to my wife, Nicole Mary, because you have no idea how much of what I do she's involved in every little piece of it," he said.

Rumors: Word spread that a romance had blossomed on the set of upcoming biblical drama Mary Magdalene. (She plays the titular character; he stars as Jesus.)

Here: Debuting their relationship at the Cannes Film Festival, where Rooney cheered on Joaquin as he accepted the Best Actor award for his role in You Were Never Really Here

I don't: The two have never tied the knot, despite having been a couple for 34 years.

Here: Receiving adjoining stars on the Hollywood Walk of Fame

Love at first sight: "It's one of those things where as soon as you meet someone, you kind of know," John said about the first time he met Emily.

Here: Leaving their hotel room for the 2017 SAG Awards

Fallen angel: Behati reportedly always had a crush on Adam, and the two finally tied the knot in 2014.

Here: Bidding adieu to Kobe Bryant at his final game with the Los Angeles Lakers

Duh: You can't have a couples roundup and not include Bey and Jay.

Here: Proving they're the realest of power couples