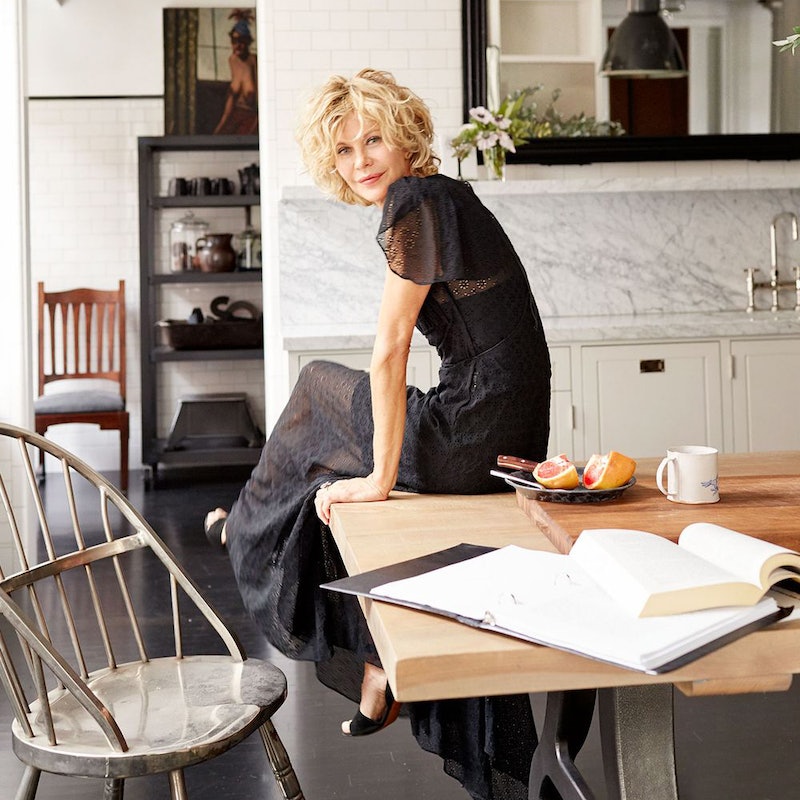 According to a story in this month’s Architectural Digest, actress and director Meg Ryan has renovated an astounding nine homes, which is making our inability to decorate one small apartment feel all that much more troubling. The magazine features her latest work, a loft in NYC’s SoHo neighborhood which she reimagined with the help of architect Joel Barkley an designer Monique Gibson. At one point the space belonged to Cindy Sherman, who used it as a photo studio—Meg remembers attending a party there fifteen years ago. As for the motivation behind this off-camera obsession, Meg told AD, “I love renovating. I think it’s tied to living the actor’s life. As an actor, you are so rarely in control. But with decorating I am in control.” Click through to see photos from inside her newest enviable abode, and read the full story in November’s Architectural Digest—subscribe now for instant access to the digital edition.